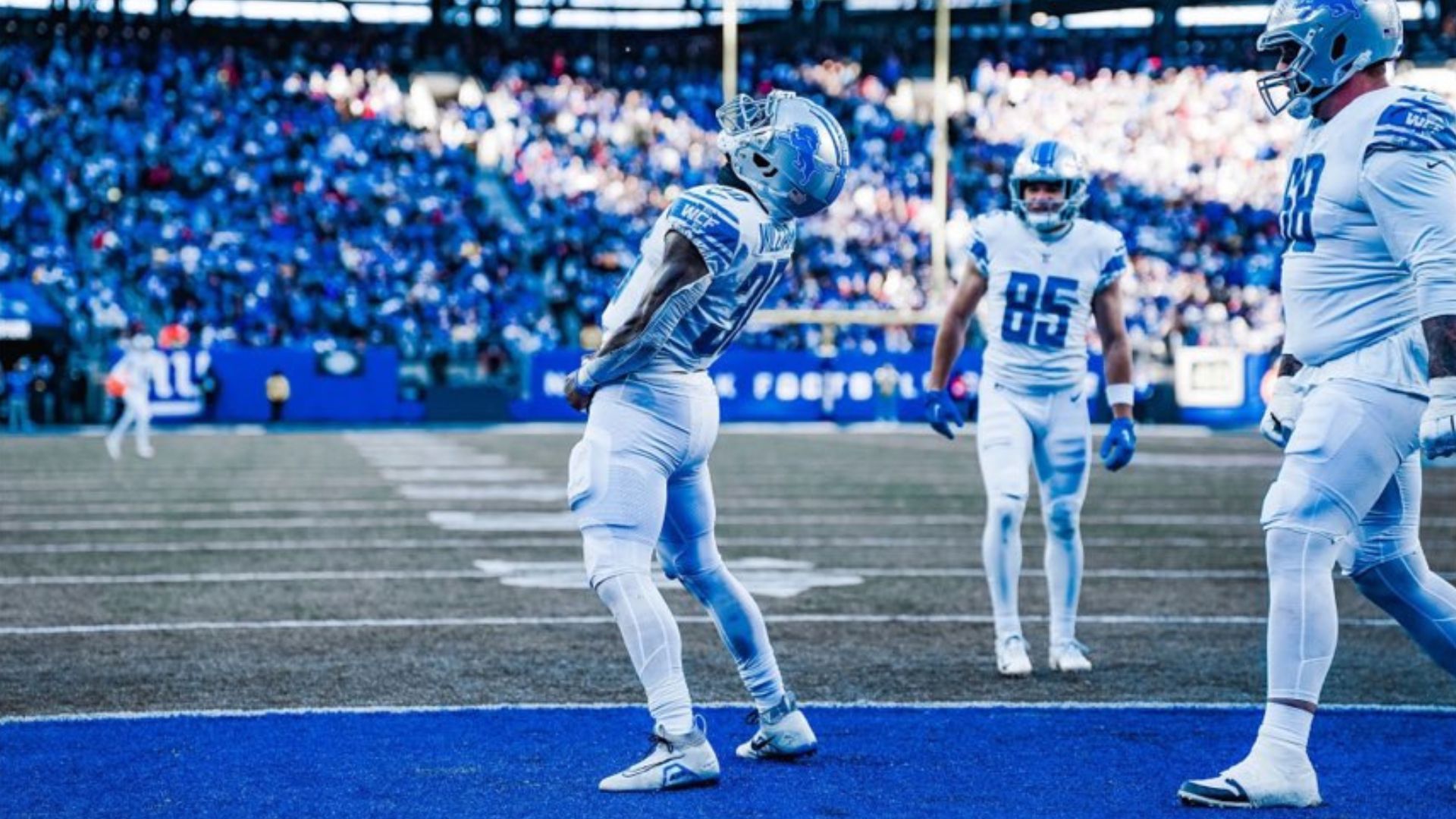 EAST RUTHERFORD, NJ, Nov. 20, 2022 (Gephardt Daily) — There are many reasons to like Jamaal Williams, said Detroit Lions coach Dan Campbell, taking a moment to list a few during a post-game interview Sunday.

“Production speaks for itself” said Campbell. “And all you see and know about him is exactly who he is. He is all heart. He’s emotion, he’s heart and he’s just a consistent, productive, hard-working, intelligent footballer.”

Williams’ production in his sixth NFL season was league-leading. The former Brigham Young University running back scored three touchdowns as the Lions stunned the New York Giants 31-18 at Metlife Stadium for their third straight win.

Williams finished with 17 carries for 64 yards, including a 4-yard TD and two 1-yard scores. His third rushing TD of the day was his 12th of the season – currently the most in the NFL.

With the hat trick in Week 11, Williams the first Lions player with a dozen rushing TDs in a season since franchise legend Barry Sanders in 1997.

It was the fifth game with multiple rushing touchdowns this season for Williams, who scored twice in Weeks 1, 3, 4 and 8. He joins Sanders as the only Lions player to score multiple goals in five games in a season.

He is also only the fourth NFL player since 2000 to have five games with multiple rushing touchdowns in the first 10 games of a season, alongside LaDainian Tomlinson (2006), Shaun Alexander (2005) and Priest Holmes (2003).

All Utah former college or high school football players listed below are on active NFL rosters unless otherwise noted. Players are listed by name, position, and past college and/or high school, along with a summary of their week 11 performance.