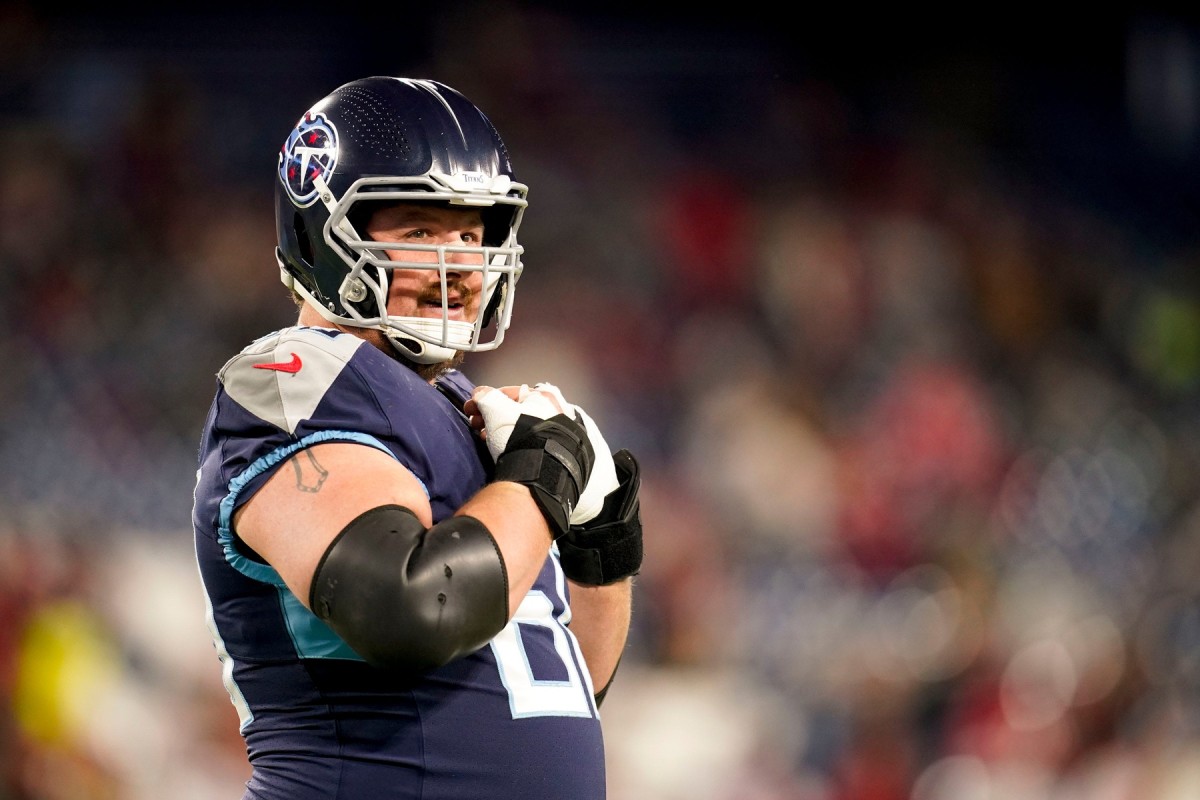 NASHVILLE — Ben Jones has shown he is willing – and able – to do so Act out pain. Repeated.

However, the Tennessee Titans center’s relentless desire to be on the field with his teammates will not matter this week.

Jones is listed with a concussion in this week’s official NFL injury report. That means he has to complete all of the league-mandated protocols to play — and he has less time than usual to do that as the Titans take on the Green Bay Packers on Thursday night.

Jones was one of five Titans not training on Tuesday. Among the others were kicker Randy Bullock (calf) and outside linebacker Bud Dupree (hip).

Also of note is that defenseman Jeffery Simmons (ankle) and quarterback Ryan Tannehill (ankle) were upgraded to a restricted participant and a full participant, respectively.

“Any time someone is on the concussion log, we treat it with the utmost respect,” coach Mike Vrabel said Tuesday. “Ben seems to be feeling better. … So, that’s all positive.”

Vrabel confirmed Jones was injured in Sunday’s win against Denver. Jones played every offensive snap in this contest.

in the an NFL career Beginning with the Houston Texans in 2012, Jones has played 178 of a possible 179 games, including the postseason, and was a starter in 157 of them. He played 120 in a row early in his career and currently has a streak of 58 in a row.

That only game he missed was in Carolina on November 3, 2019. It was a concussion that disabled him.

“Hopefully Ben can go,” said quarterback Ryan Tannehill. “Let’s see what happens. … Ben is … a great teammate and does a lot for us in this team. When he can’t go [I am] Trust in our guys up front that they will be able to close the gap.

“But [we] I definitely want Ben to be there.”