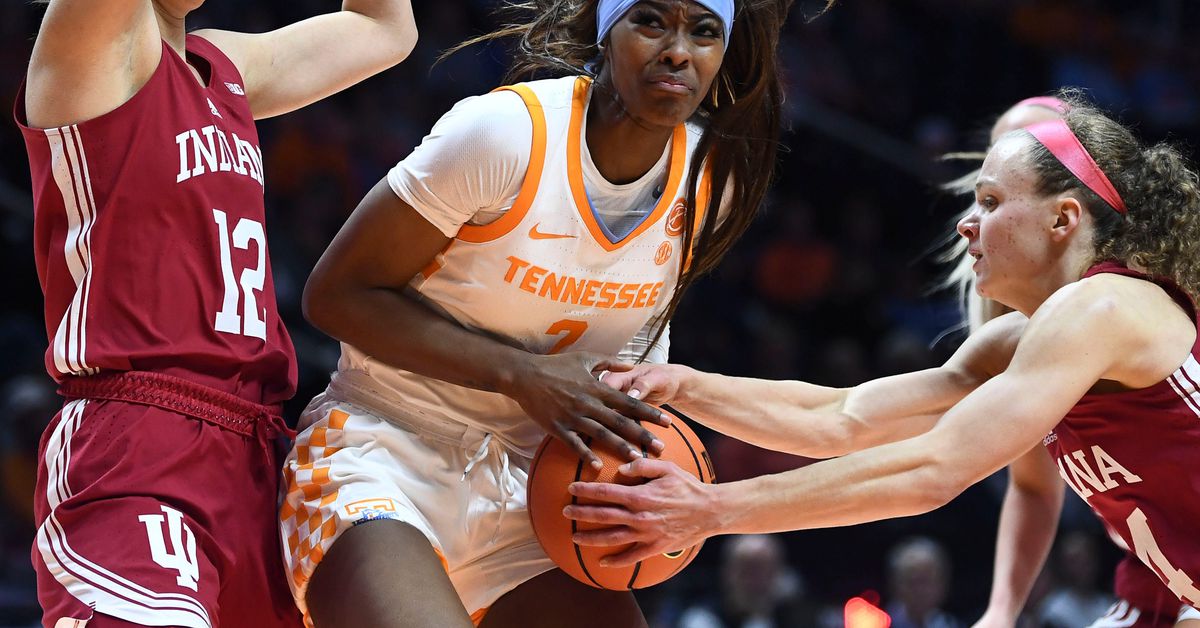 Indiana’s women’s basketball had its first Test of the season last night – and they passed! The no. 12 Hoosiers defeated No. 11 Tennessee last night on the road in Knoxville, here are three things:

What a return to Tennessee for Sharon’s junior guard. Moore-McNeil scored a career-high 15 points and made three threes in 36 minutes on the court. She also had five assists and three steals, none of which were greater than the one that stayed 6:06 on the rule.

A much-needed jumper from Grace Berger had just stopped a major volunteer push when CMM forced a turnover from Tennessee’s Brooklynn Miles and immediately sprinted down the field:

Indiana scored 21 fastbreak points and Moore-McNeil was responsible for at least eight. Transition Threat is another tool that can be added to this offense’s bag; They scored 1.13 points per possession last night, which is a decent efficiency number. The ability to dictate the pace and play fast when they want will be big for Indiana when it comes to staying in control of games later in the year.

Hands up, I was completely wrong about Sydney Parrish. When her addition to the IU roster was first announced I didn’t really get all the hype (I’m not from Indiana and wasn’t familiar with her game/history before she made the switch, my fault!). I figured she would come off the bench and tread water for more or less 20 minutes a night. nope! She is one of the most important players on the Indiana rotation because of the energy and point boost she brings to the floor. She could be the sixth-best player in the Big Ten, it’s sap game after sap game after sap game of #33.

Parrish finished the night with 13 points, four rebounds and five assists in 27 minutes. Here’s one of her two three-pointers, both of which came from big offensive boards in Indiana:

She’s also one of the toughest, if not the toughest, player on the roster. Parrish has never seen a loose ball she didn’t want to dive for and doesn’t shy away from contact with the paint. This can sometimes lead to nasty troubles (she had four last night), but that’s not even that big of a problem considering how strong this year’s team is compared to last. We’ve enjoyed watching her play so far, crossing the line between plague and needless physical health.

A lot could have gone wrong for Indiana last night. It was their first away game of the year, first game against a ranked team, and first game on ESPN this season. That’s a lot to deal with mentally, but it didn’t get to the Hoosiers.

Indiana led most of the night. They went 11-10 with 4:42 remaining in the 1st and stayed ahead for the rest of the game, but that doesn’t mean Tennessee tipped over.

The volunteers made things exciting early on in the 4th quarter. They made some defensive changes (ask Tom Crean) that caused Indiana’s offense to stagnate and struggle to overcome their advances. A 5-0 run in Tennessee brought the score to 61:57 IU with 7:05 to go, the game hadn’t been that close since the 1st. The teams then traded empty possessions before a huge basket from Grace Berger put Indiana 6-24 ahead in sixth; breaking through a three-minute scoreless drought in Indiana and drawing a sigh of relief from fans in Hoosier State:

However, they weren’t out of the woods yet. An interesting foul call on freshman forward Lilly Meister at 5:49 sent Tennessee center Tamari Key on the line. Key brought the Vols back to six, 65-59, but a block from Alyssa Geary ended her next shot attempt and held the game on two possessions. The dagger then came in the form of another Grace Berger jumper, who fired from the back of the rim with 2:50 left. We expected nothing less, the mental toughness this team showed at the first opportunity to do so was quite encouraging! You really could Yes, really Well.

Before I wrap up, I should mention how well Mackenzie Holmes played. She looked healthy and was impressive in all 34 minutes she played. Holmes also outplayed another very talented big in Tamari Key, which bodes well for IU as the conference roster rolls around. With a two-point percentage of 80.8, she is the most efficient two-pointer in the nation, according to CBBAnalytics on Twitter.

Next up for Indiana is a home game against Bowling Green. Tip is scheduled for this Thursday at 7:00 p.m. in the Assembly Hall.