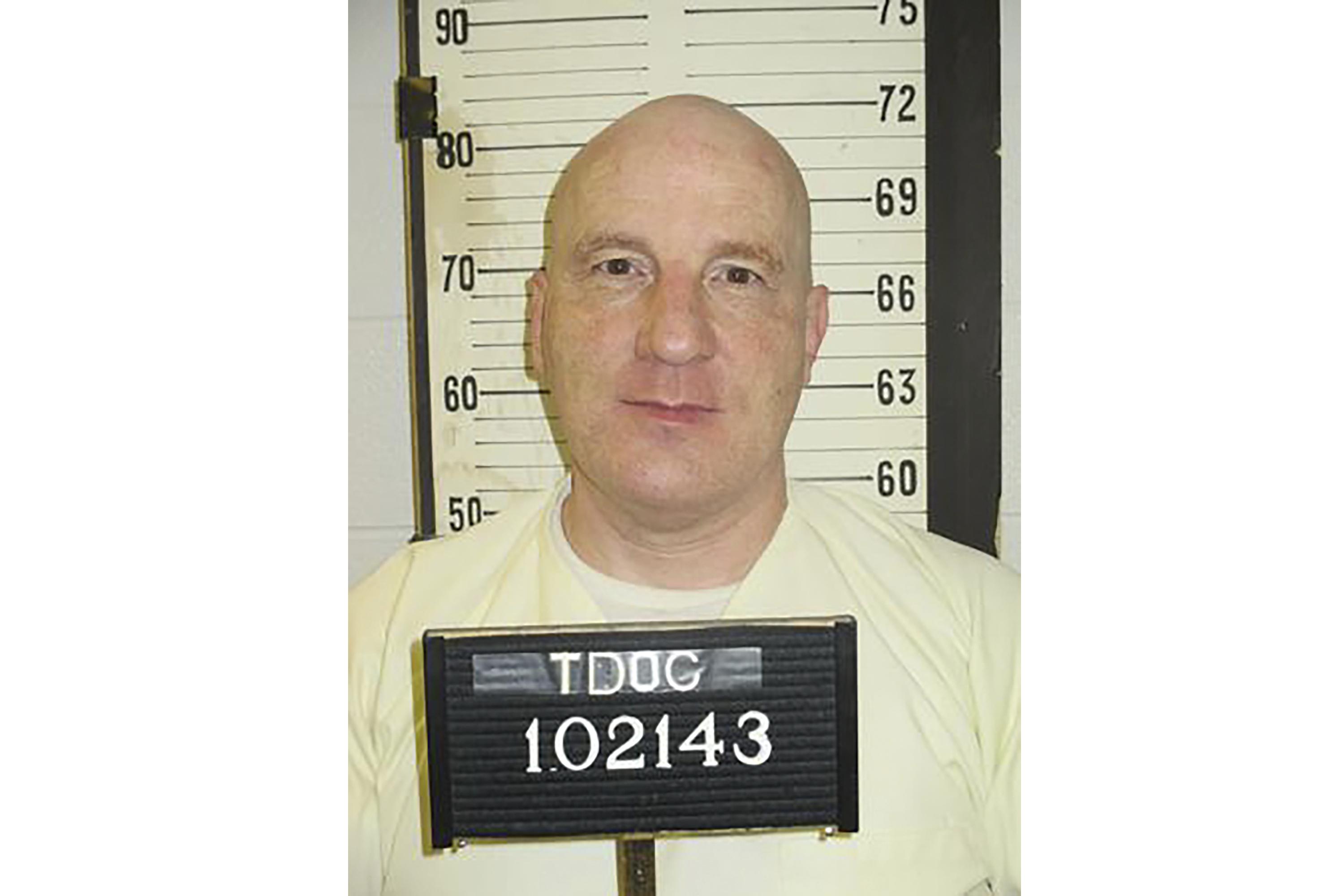 In a federal lawsuit that Hall filed in 2019, in which he complained that he too had been in solitary confinement for nearly six years with no viable way out, he said of Hodges, “He has the worst needless (sic) and wanton neglect, deprivation and suffered abuse I’ve seen on death row. It’s a miracle he didn’t commit suicide.”

The warning went unheeded, and last month Hodges cut off his own penis during what his lawyer called a “psychiatric disorder”.

Hodges’ self-mutilation was an extreme incident, but not without precedent in US prisons: Texas inmate Andre Thomas plucked out an eye five days after his 2004 arrest for the murder of his wife and children, and while he was on death row in 2009 he removed his remaining eye and told prison officials he ate it.

Although most cases fall short of these grisly examples, they underscore the significant, growing and unmet need for prisoner mental health care.

A study released last year by the US Bureau of Justice Statistics, compiling data from 2016, found that 41% of federal and state prisoners reported a history of mental illness and 13% had experienced severe mental distress in the past 30 days. In the latter group, only 41% of state prisoners said they are currently receiving any type of mental health treatment. The treatment rate for federal prisoners was even lower, at just 26%.

“Our prisons are not designed to provide mental health care, and they don’t do it very well,” said Craig Haney, a psychology professor at the University of California, Santa Cruz who has studied the effects of solitary confinement for decades.

Without sufficient resources to care for mentally ill prisoners, the sickest are sometimes treated with punitive measures such as solitary confinement, which only exacerbates the problem.

In Tennessee, Hall’s lawsuit pointed to the vicious cycle he was facing.

The Tennessee Department of Justice’s annual report shows that the number of inmates classified as having “serious and persistent mental illness” rose from about 5% of the population in 2002 to almost 23% in 2022. Almost 19% more are listed as other mental illnesses.

There are many questions as to whether the state is doing enough to counter the crisis.

Centurion of Tennessee, which won a five-year, $123 million deal in 2020 to manage state prison psychiatric services, has been accused by rival Corizon of colluding with correctional officials to rig the bid. A lawsuit was settled out of court, and the Department of Correction said in May 2021 it would revoke the contract. As of last week, one had not been assigned.

Meanwhile, an audit by a state auditor in January 2020 found that both Centurion – which has managed medical services since 2013 – and Corizon were unable to consistently meet contract staffing levels. Problems with medical documentation were also identified during the audit.

The Correctional Authority blamed a cumbersome paper-based record-keeping system for the record-keeping problems. The department called the transition to electronic health records a “top priority” in 2020, but said last week it was still developing a call for proposals and had not yet determined when it will come out.

The department said the job openings would not affect inmate care because shifts would generally be filled by other employees.

Haney, the psychology professor, said Hodges probably wouldn’t mind if Tennessee prisons had the best mental health care in the world as long as he stayed in lockdown. It’s well known that even brief periods of solitary confinement are detrimental to a person’s mental health, he said.

“What can a therapist do if after an hour you’re put back into an empty cell where you’re going to stay 23 hours a day?” he said.

When inmates are isolated for weeks, they “can lose touch with reality and do things that are unexplainable in any other context,” Haney continued. “As human beings, we depend on connections and contacts with other people. If you take that away, it becomes very destabilizing.”

Hodges was sentenced to death in 1992 for the murder of a telephone technician and was immediately placed in solitary confinement. His behavior escalated over several days before mutilating himself on October 7. According to court records, Hodges went on the smear of smearing feces on his cell wall until he slashed one of his wrists with a razor. When he was taken to the infirmary, he asked for suicide watch. But within a few hours he was back in a cell, again using a razor, this time to cut off his penis.

After being discharged from the hospital, Hodges was returned to the infirmary. There he was held naked, arms and legs, on a thin mattress over a concrete slab in a room lit 24 hours a day, with no mental stimulation like a radio or television, his lawyer said in a lawsuit filed Oct. 14 was filed 28. She compared his treatment to torture and said it violated constitutional protections against cruel and unusual punishment.

State attorneys defended Hodges’ treatment at a hearing the same day, with Assistant Attorney General Scott Sutherland arguing that he had “round-the-clock care.”

Hodges’ lawyer tries to transfer him to the Middle Tennessee Mental Health Institute. A restraining order hearing in his case is scheduled for November 28.

Meanwhile, his fellow inmates remain concerned. Hall filed a complaint on his behalf on Oct. 13, requesting that Hodges be granted special exemption from extended solitary confinement. “After thirty years of sensory seclusion, you have deprived this man of his sanity,” Hall wrote.

The complaint was dismissed as unreasonable, with the department head writing that Hall was not an official inmate advocate.