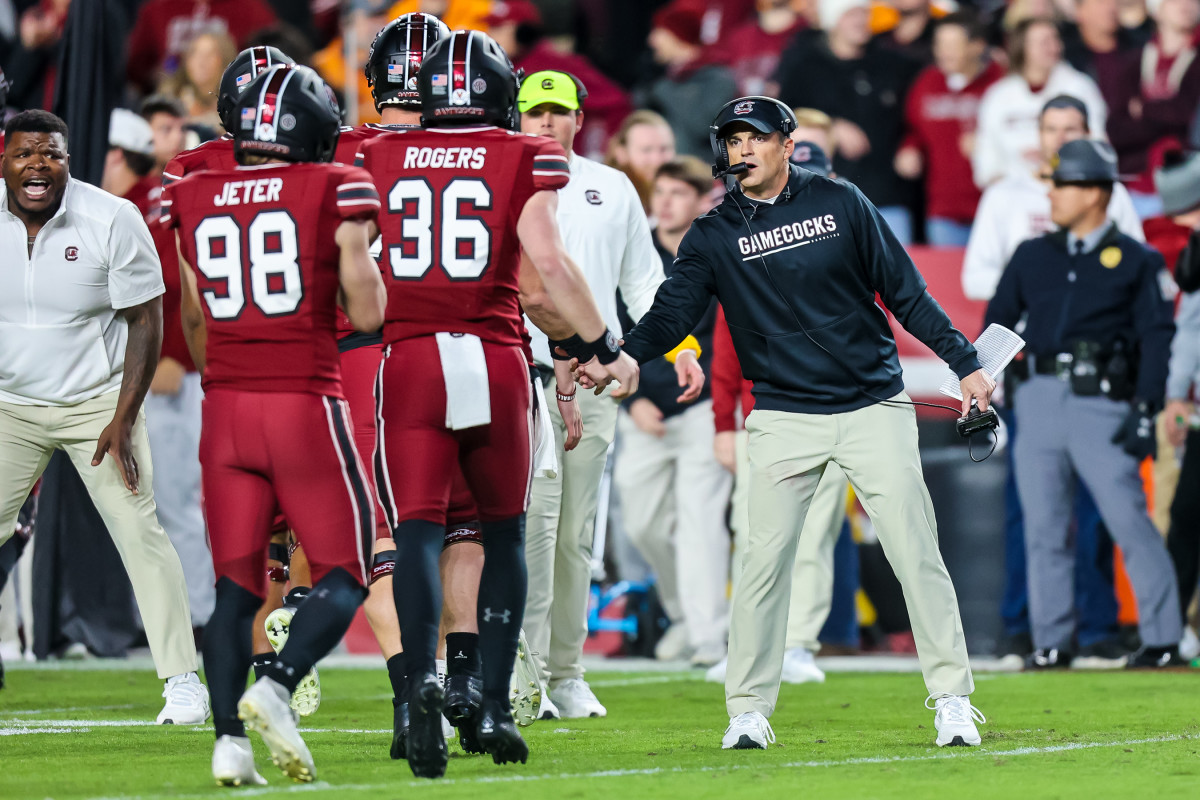 When a team clinches a potential program-defining win, they usually have a chance to enjoy the win longer than the 24-hour window coaching cliché always suggests.

However, South Carolina doesn’t have much time to pat themselves on the back as it’s officially Rivalry Week, meaning the Gamecocks will soon be taking on their arch-rivals, the Clemson Tigers.

Ahead of the Palmetto Bowl, head coach Shane Beamer gave the latest on South Carolina’s injuries on his weekly conference call Sunday night with local media.

“Everyone got off to a good start last night and MarShawn Lloyd and Christian Beal-Smith are both questionable this week.”

One point that needed addressing was a trickle of social media claims that offensive coordinator Marcus Satterfield was not calling games. The Gamecocks were so effective offensively against the Volunteers that many speculated someone else was involved.

“He called every single game last night and that’s killing me for these so-called people. Were they on the headphones last night? I mean, no disrespect, but anyone who saw the game, I mean, the guy’s on the sidelines. All you have to do is watch the game and see if he calls the plays. That’s the most ridiculous thing I’ve ever heard. He put together the game plan along with the rest of the offensive staff, and he called every single play last I think there was an instance last night where I told him to take a shot and throw the ball upfield and otherwise he went all out last night and did a great job.

Quarterback Dakereon Joyner was one of the offensive players who made several highlight plays against the Tennessee Volunteers, scoring two touchdowns in the process.

Joyner has another year of eligibility due to COVID rules. While Dakereon remained noncommittal when asked in his postgame press, Beamer clarified his stance on his conference call.