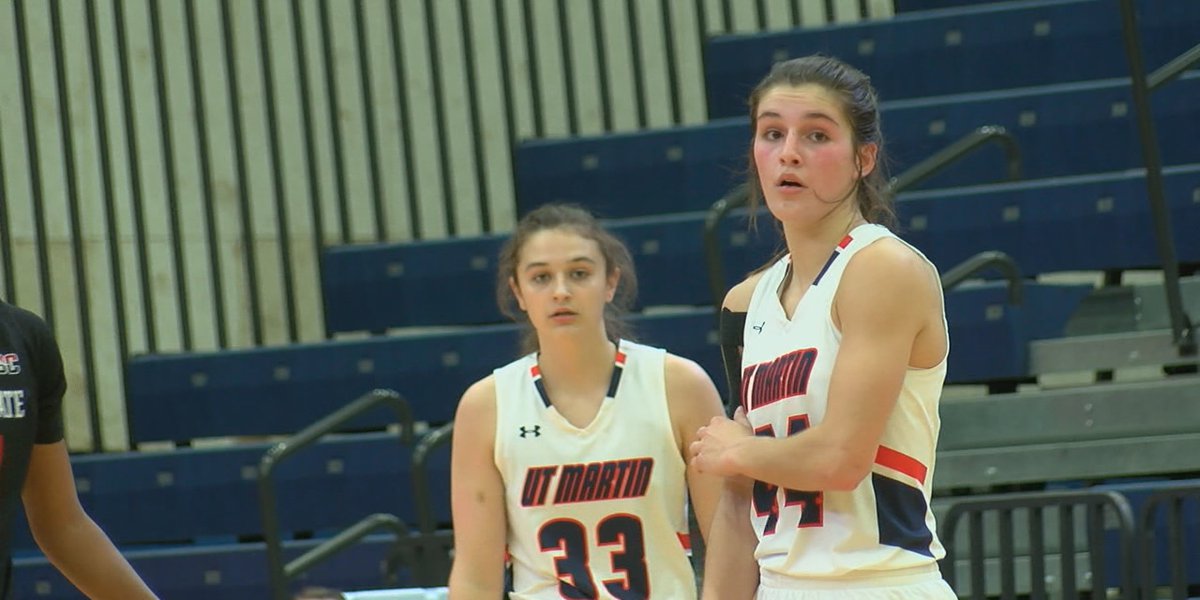 MARTIN, Tenn (KAIT) – It’s been quite a success story for the great Melbourne native Kenley McCarn. She won four state titles with the Bearkatz and is already impressing at the Division I level with UT Martin.

The forward has dropped 65 points in her first three Division I basketball games: 31 in the season opener against Troy, 19 against Arkansas State, and 15 in Missouri.

“We were rivals and I always wanted to beat her in high school and it was just weird,” Storey laughed. “It was hard to say, ‘This is my teammate now.'”

“If you’d asked me if I was good friends with Josey Storey, I would have told you you were crazy,” McCarn added, laughing. “But honestly, I mean, I love her to death, and she and I get jokes from Coach all the time in practice [Kevin] McMillan because we’re from Arkansas.”

But Arkansas holds a special place in the heart of Martin’s head coach Kevin McMillan. The all-time champion of the Skyhawks grew up in Arkadelphia.

“I’ve always loved this state and I’m just thrilled that we have some kids from Arkansas who come to play for us,” he said.

It’s clear that the Natural State means a lot to McMillan. He says the hardwood condition continues to improve and it shows. Both McCarn and Storey see the court as true newcomers.

“Really focusing on effort is what Coach McMillan teaches,” Storey said. “If you do your best, we will do well, and if things go badly, we did what he wanted.

McMillan knew early on that he wanted Storey and McCarn on his list. The head coach, entering his 14th season, recruited her very early in her high school career.

“I probably started recruiting Kenley after her freshman year and got to know her and Kenley. We kind of got along as coaches and players,” McMillan said. “She knew pretty quickly that she wanted to play here. Josie has the ability to change a game and we recruited her around the same time and we’re lucky. Josie has said she wants to learn how to be a great teammate, what she needs to do to work hard and the kid comes every day and she goes to work.”

As for McCarn, the four-time state champion and three-time Finals MVP, “win” is the first word that comes to McMillan’s mind.

“Coach McMillan told me we had a meeting and he told me he believed in me and wanted me to play my game and he helped me adjust it in ways that needed adjustment,” McCarn added. “I think me and him are getting to the same level a little bit better so it was good to see that come out in a good way.”