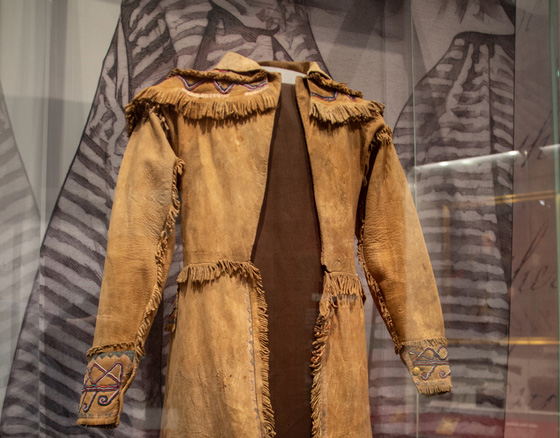 During Native American Heritage Month, learn how the First People of Tennessee lived, about their culture, and how they defended their homeland against European encroachment. That First Nations The exhibition features recent updates, including artifacts related to hunting and other ways of life of peoples within the archaic culture. The Tennessee State Museum has some interesting programs to attend in person or watch online this fall. Here are a few highlights.

First Peoples (13,000 BC to 1760 AD): The first peoples of Tennessee arrived at the end of the Ice Age. Groups adapted to climate change, moving from small hunter-gatherer groups to complex farming societies. In the 1500s, Spanish explorers were the first Europeans to encounter the native peoples living in Tennessee. Cultures clashed as more and more Europeans came to the area. Learn how the First People of Tennessee lived, about their culture and how they defended their homeland against European encroachment.

An exhibition highlight: The Trail of Tears in Forging a Nation

The Forging a Nation exhibit highlights the hundred years (1760-1860) of achievements and challenges of the developing nation that became Tennessee, the 16th state to join the Union. The Trail of Tears section shows the harrowing results of the clash between early settlers and Indians from the Southeast.

Now, an original coat worn by a person who was forcibly evicted from their home during that time is on display in a temporary special exhibition. The coat from our collection is made of deerskin with fringes on the collar and hem. His style is a mix of European influence – with the cut of the coat being European-style – and traditional Cherokee detailing in the beadwork. This original coat, which will be on display until the end of December, replaces the replica that is usually displayed.

An event highlight: African American Experiences in the Smokies

Since the 1990s, the GRSMNP has documented over 150 cemeteries, but burials of African Americans in these cemeteries are not as well documented as their white counterparts. This virtual event was presented on Tuesday, November 15th as part of the TSM Historic Smokies Virtual Series. A recording of the event will be available at TNMuseum.org/videos.

Video Highlight: Music of Appalachia: The Sounds of the Smokies

Appalachian Music Instructor Mark Freed at Appalachian State University gave a talk on Appalachian Music with a special ear for the sounds of Tennessee. Topics included Cherokee music, ballad singing, use of folk instruments, sacred sounds, blues and more. This event was presented in conjunction with the exhibition Painting the Smokies: Art, Community, and the Making of a National Park on Saturday 12 November. It can be viewed at any time on the TSM website at https://tnmuseum.org.