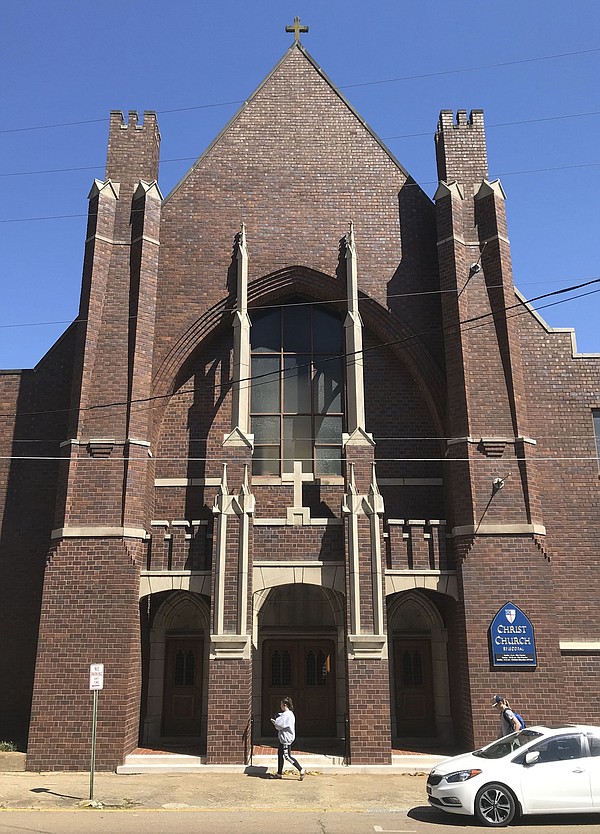 Federal Historic Preservation Fund grants of $25,000 each will help fund preservation work at two churches in the area listed on the National Register of Historic Places, one in Chattanooga and the other in Cleveland, Tennessee.

Christ Church Episcopal on Douglas Street in Chattanooga and St. Luke’s Episcopal Church on Ocoee Street in Cleveland received a portion of $900,000 in federal funding in November, according to a news release Wednesday from the Tennessee Historical Commission and State Preservation Office, divided among 35 recipients to use the state for conservation and archaeological projects.

St. Luke’s is the larger and older of the two churches and was placed on the register in 1982, according to federal documentation. Christ Church was built in 1906 and registered in 2021. 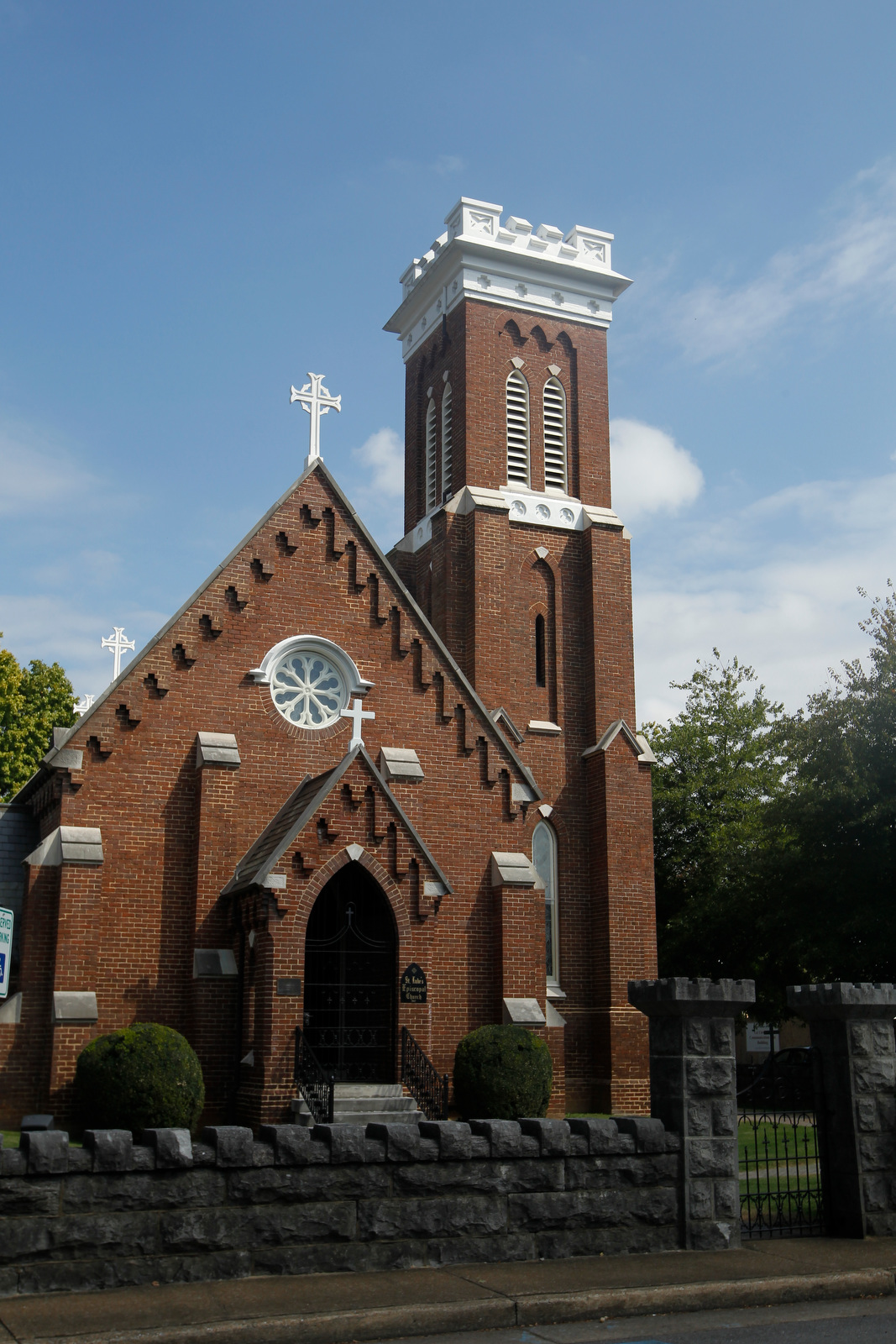 Cleveland’s St. Luke’s Episcopal was built in 1873 and is considered an outstanding example of Victorian Gothic architecture. According to documents, it is the work of Nashville architect Peter J. Williamson.

The cross-shaped brick building with a wide saddle roof, square corner tower, lancet-shaped doors and windows and brick buttresses remained almost unchanged, according to the register documents. The history of the building’s benefactor is part of the history of Cleveland.

John H. Craigmiles of Cleveland donated the building in memory of his 7-year-old daughter, Nina, who, according to records, was killed on St. Luke’s Day, 1871.

The building’s architectural importance within the community is enhanced by its association with the Craigmiles family, who also built the Italian villa style PM Craigmiles House, listed on the National Register in 1975, and the Second Empire style Craigmiles Hall, listed on the Register is listed in 1980. According to registry documents, the three buildings, constructed over the 12 years 1866-1878, represent architectural styles popular during the Victorian era.

The church retains its original appearance both inside and out and was built at a cost of $22,000, according to documents.

Dan Traczek, junior warden of St. Luke’s and a member of the Church for 10 years, oversees the work and helped apply for the grant, which requires 40 percent coverage by the recipient.

“We submitted a much, much bigger project expecting not to get anything,” Traczek said in a phone interview on Friday.

“The commission dictates what you’re going to do,” Traczek said. “What we proposed to them late last year is a complete renovation of the church, inside and out.”

Because the proposed project is so large, Traczek said he didn’t think money would be available for anything, but the grant and local match will total around $42,000 and will be used to build the lower portion of the 149th -Years old to get brick and mortar exterior.

“What this will do is some masonry mortar work from the ground up to 6 feet up the wall,” he said. “The foundation is what helps us to do this. It’s the worst part of the church in terms of masonry, so they want us to start there first.”

Traczek said the church has January through September 2023 to complete the funded portion of the project.

Christ Church Episcopal in Chattanooga is an excellent example of the Gothic Revival style, according to registry records.

Church officials could not be reached Friday for comment on the grant, but state and federal officials list the church’s notable characteristics that make it special and worthy of preservation.

The brick church building is trimmed in stone, officials said, noting that important elements of the Gothic Revival style can be seen in the church’s lancet windows, buttresses that flank several sides, and the large rose window. Inside, dark molded wood paneling, door panels, and stairways adorn the sanctuary.

Around 1929, according to officials, Ralph Adams Cram, a nationally known architect who designed many notable Gothic Revival buildings, designed the church’s interior remodeling. Chattanooga’s Louis Bull was the lead architect for the conversion, which included an impressive arcaded colonnade.

In 1957 a brick extension was built at the back of the church building. The congregation continues to maintain the church, according to officials.

The grants are awarded annually for projects that support the preservation of historical and archaeological resources.

“Our office is honored to make a significant contribution to the protection and revitalization of Tennessee’s historic sites through this program,” said Patrick McIntyre, Executive Director and State Historic Preservation Officer, in Wednesday’s release. 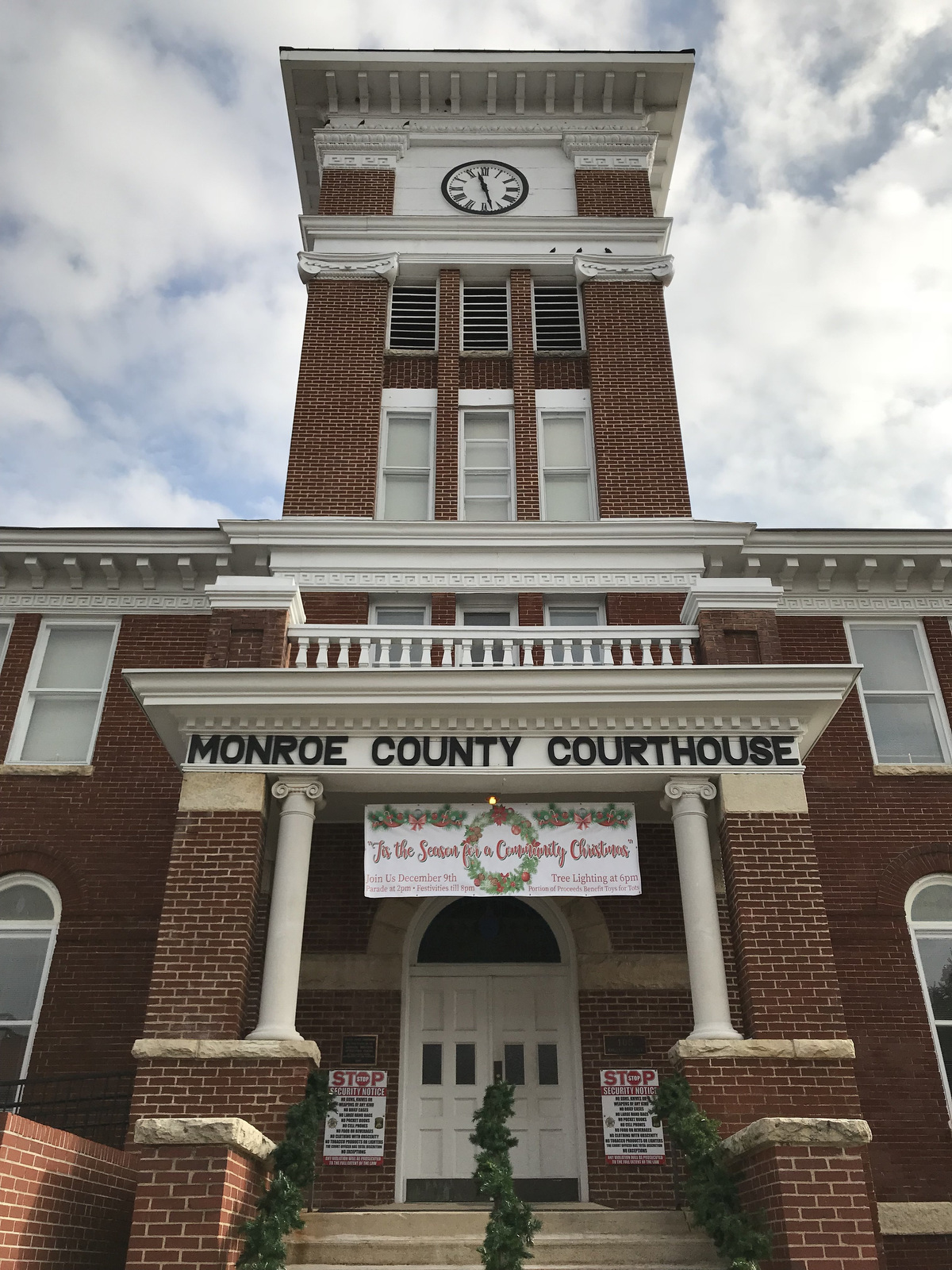 Staff File Photo by Robin Rudd / The Monroe County Courthouse in Madisonville, Tennessee is decorated for the holidays.

Other scholarship recipients in Southeast Tennessee include the nationally listed Monroe County Courthouse in Madisonville and the Dunbar Rosenwald School in Loudon, which received $25,000 and $30,000 in grants, respectively.

The Monroe County Courthouse was built in 1897 to a Classical Revival design to replace an earlier courthouse, according to historical information from the Tennessee Overhill Heritage Association. Grant funds will help restore the brickwork.

In 1886, on the courthouse steps, brothers Robert and Alf Taylor launched their famous political campaigns for governor, which the association says became known as the “War of the Roses.”

The Dunbar Rosenwald School was built in 1923 for black children in Loudon County with support from the Julius Rosenwald Fund school building program. It operated until 1965 and was the city’s only black public school, according to a 2018 report by the Middle Tennessee State University Center for Historic Preservation. It was entered into the register in 2007. The grant money will fund electrical work and gutter repairs.

The matching grants financed by the federal government provide 60% of the project funds, 40% come from the scholarship holder. Grants have been competitive this year, with project funding requests totaling nearly $1.2 million, significantly more than the amount of funding available, commission officials said. This year’s selections included an archaeological conference, design guidelines for historic neighborhoods, the rehabilitation of several historic buildings, a poster highlighting the state’s archeology, and surveys of historic resources.

$6,000 to continue window restoration of Clay County Courthouse on the National Register.

$9,076 for the restoration of the National Registered Buchanan Log House.

$30,000 to fund restoration of exterior woodwork at Two Rivers Mansion.

$38,895 to fund Phase 2 of the Statewide Cemetery Survey Project.

$12,600 to fund window and door restoration at Promise Land School.

US$25,000 to fund stabilization of the National Registered Matt Gardner Homestead Museum.

$22,740 to continue the restoration of the National Register Listed Blue Springs Church.

$39,000 to fund the recovery of Powell’s nationally listed law firm.

$7,200 to fund the preparation of National Registry nominations

$15,000 to fund updating of design guidelines, downtown surveys and nominations for national registers.

$14,400 for masonry restoration of the Maury County Courthouse.

$22,800 to fund the restoration of the National Register listed Davies Manor House Museum.

$25,260 to fund the restoration of the Anderson Townhouse on the National Register.

$26,928 to fund the establishment and window restoration of the National Register-listed Black House Museum.

US$20,000 to fund the restoration of the National Register-listed TS Stribling House museum.

$30,000 to fund the restoration of the National Register-listed Shorter Chapel.