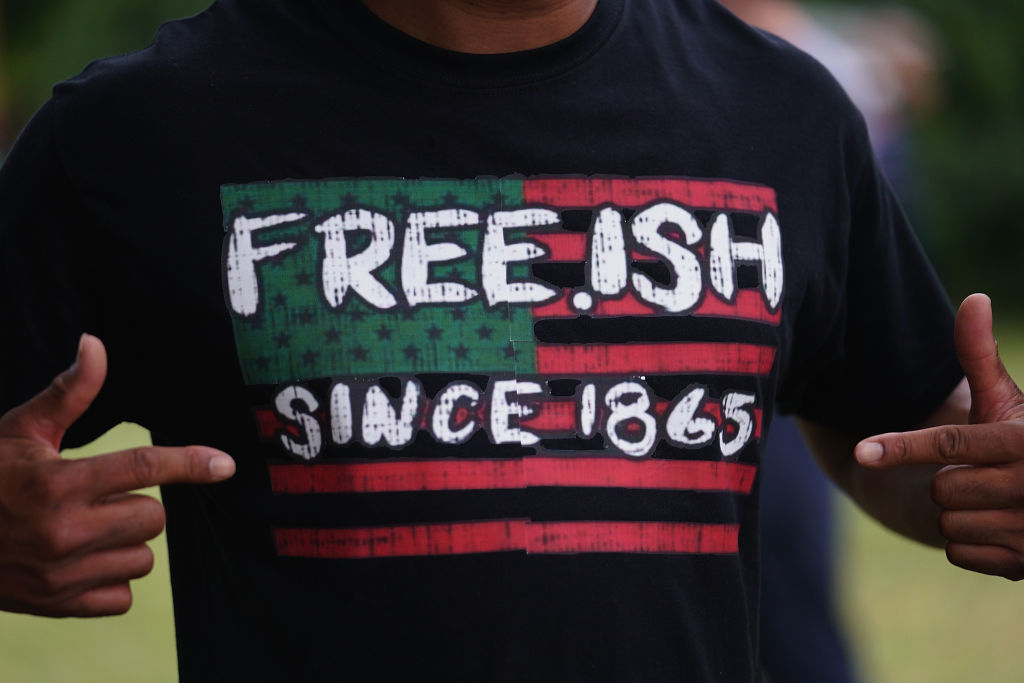 During months of campaigning, Kathy Chambers had never seen a single message on the Contact Us page on the website for the Yes on 3 campaign — the bipartisan effort to urge voters to agree to a constitutional amendment that would end slavery in Tennessee bans forever.

But at 8:31 a.m. on Election Day, Chambers — the campaign manager — received an urgent message from Cannon County.

The voter included a screenshot of a sign posted in the voting booth directly above the machine, clearly visible to anyone entering to vote. It contained an odd summary of Amendment 3 – a ‘3. Class run down,” said the printed sign.

“Slavery is illegal,” the summary said. “Would you like to reformulate this ban in the state constitution?”

A simple reading of the message says that a vote for Amendment 3 would be a vote to make slavery legal again when the opposite is the case: Amendment 3, which passed nationally by an 80% to 20% majority, will instead add these words to the Tennessee Constitution: “Slave and involuntary servitude are forbidden forever.”

Tennessee was one of four states this year where voters overwhelmingly decided to remove remaining language in the state constitutions that allowed slavery and involuntary servitude as a punishment for crimes. As in Tennessee, voters in Alabama, Oregon, and Vermont voted en masse for anti-slavery measures.

However, Cannon County’s results were markedly different. The amendment passed by a majority of 66% to 34% — the highest percentage of “no” votes of any of Tennessee’s 95 counties.

“We were very excited about these results,” said Chambers. “It made us question whether the people of Cannon County thought they would vote one way, but ended up voting the opposite.”

After speaking with the Cannon County voter she contacted on election day, Chambers immediately contacted a campaign attorney. The secretary of state’s office was alerted around 9 a.m. and immediately ordered Cannon County election officials to remove the signs, a spokesman said.

An apologetic Cannon County election commissioner told the Lookout he made a mistake.

Matt Teply, the election administrator, said it was an attempt to support poll workers who were bombarded with questions about the changes during early voting.

Still, on Oct. 18 — the day before early voting began — a post was made on the commission’s Facebook page that contained the same “3rd-grade decline,” according to Chambers, who said she had the post there on Election Day seen. This post has since been removed, but an identical post from 7 November remains on the Commission’s Facebook page.

The posts appear to violate state law that requires them to do so Attorney General of Tennessee to provide summaries of all proposed constitutional amendments.

“These summaries appear on every ballot, as do the model ballots that are published and posted by the District Electoral Commission,” said Julia Bruck, spokeswoman for the Tennessee Secretary of State. “State law does not provide for any other summaries.

Bruck said her office had received no further complaints.