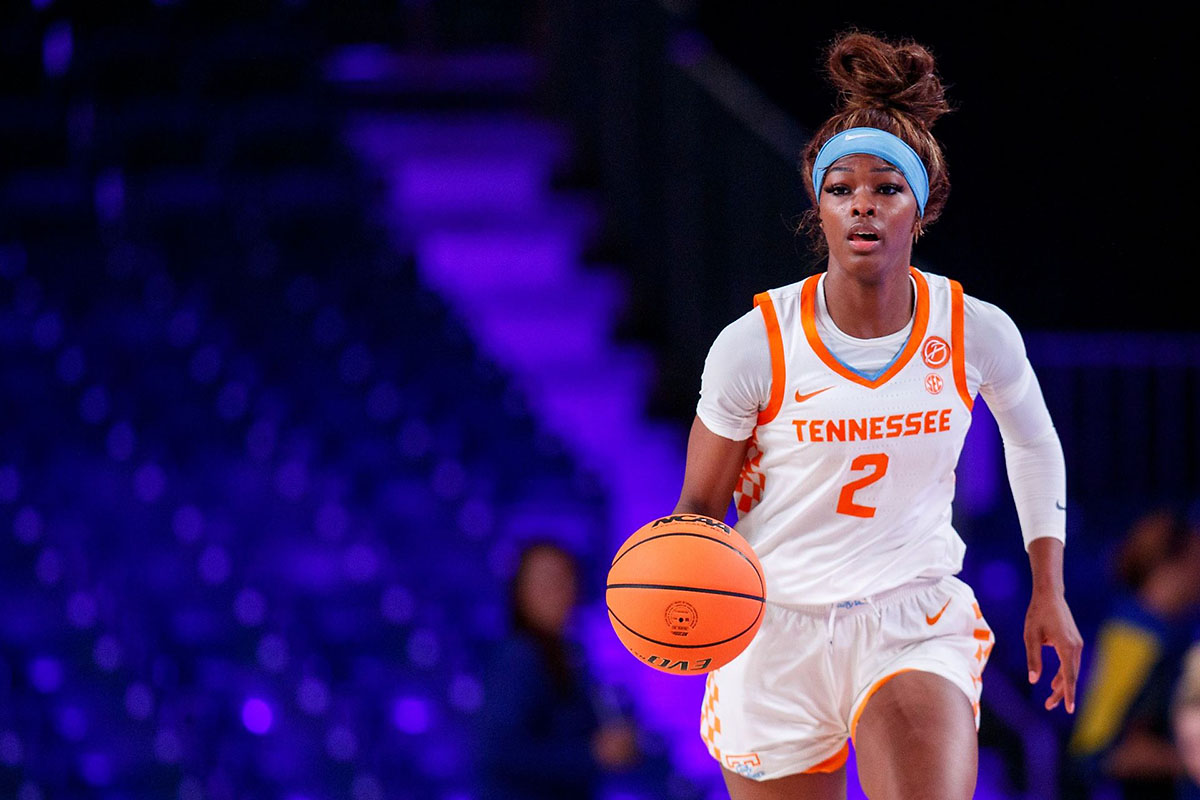 Paradise Island, Bahamas — The No. 11/12 Lady Vols suffered a heavy loss in the semifinals of Sunday’s Bad Boy Mowers Women’s Battle 4 Atlantis, falling 80-63 to an undefeated UCLA squad that votes in both the AP and US TODAY receives coach surveys.

Tennessee (2-3) was led by seniors Rickea Jackson and Jordan Horston, who finished 14th and 11th, respectively.

The Bruins (5-0) were hot from long range, knocking down 16 Treys on 53 percent shots from behind the arc. Charisma Osborne led that effort, hitting five three-pointers en route to becoming the game’s top scorer with 23 points. Kiki Rice was also in double digits at 15, and Gina Conti and Lina Sontag both hit 12.

Tennessee went out early with a 4-0 lead against the Horston and Jackson jumpers, but UCLA found quick progress offensively and assembled a 10-0 run to take a 10-4 lead three minutes into the game. Jasmine Powell ended the slump for UT with a 3-pointer and it became a back and forth until Jordan Walker and Powell combined for five points in a row to draw the Lady Vols within two at the 2:14 mark. The Bruins countered again and ended the quarter on an 8-2 run to go into the second half with a 26-18 lead.

Sara Puckett hit the first bucket of the second quarter, but UCLA responded with a 12-2 run to go up 16 at 6:42 at halftime. Jackson knocked down two free throws and Marta Suárez hit a layup to reduce the deficit to 12, but Osborne and Christeen Iwuala combined for five quick points to put the Bruins 43-26 by the 4:28 mark. Horston blew a 3-pointer on UT’s next possession to set off a 10-0 scoring streak from Lady Vol that pulled her back to seven, but a three on the buzzer from Rice pushed the half-time lead back to 10, 46-36.

Tamari Key reduced the Bruins’ lead to single digits with a layup early in the second half, but an 11-2 run by UCLA took the score to 57-40 by the time the media timed out. Tennessee got cold off the ground and stayed in without a field goal for the last six minutes but hit seven free throws to stay within 18 as the game went into the closing stages 65-47.

Horston opened the scoring in the fourth with a fast break layup, and Jackson followed it up with two free throws to pull the Big Orange back to 14. A layup by Camryn Brown brought the Bruins back to the top with 16 just under seven minutes to play and the Lady Vols found momentum in the closing minutes as teams traded baskets through the buzzer and the final score ended at 80-63.

Rickea Jackson scored 10 of her 14 points from the free throw line against UCLA, scoring 10 of 12 that night. She is 16 of 19 from the charity streak in her last three games with an 84.2 percent free throw rate.

Take care of the ball

Tennessee limited its turnovers to just 14 against the Bruins, marking its lowest turnover total of the season so far.

Next for UT Lady Vols Basketball

The Tennessee Lady Vols basketball team meets the loser of Marquette and Gonzaga in a third-place battle at 1:30 pm CT Monday. The game will be broadcast on ESPNU.