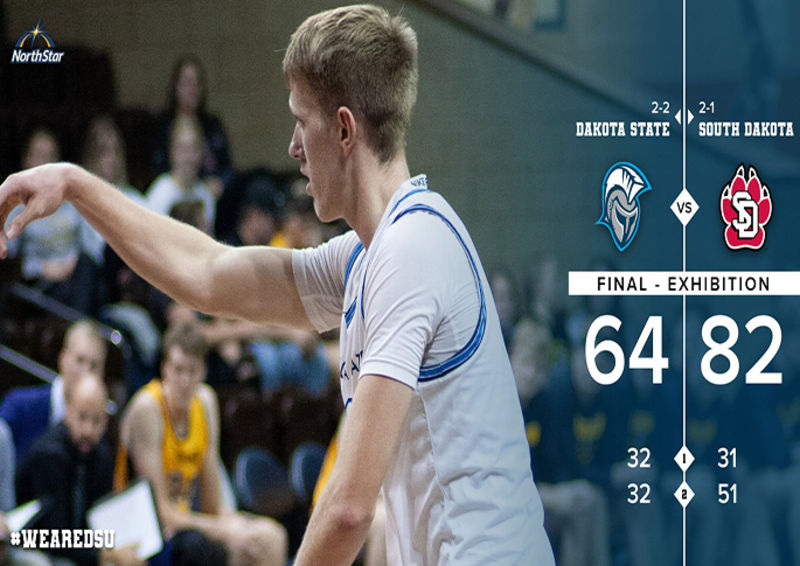 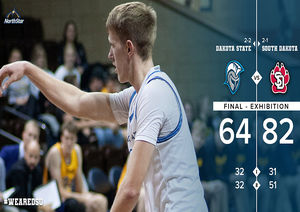 VERMILLION, SD — Dakota State (SD) led the first half in the NCAA Division I South Dakota men’s basketball exhibition competition at the Sanford Coyote Sports Center Saturday night. The Trojans led by as many as nine points in the first half and took a one-point lead at halftime, but couldn’t overcome the Coyotes’ offensive breakout in the second half to post an 82-64 setback.