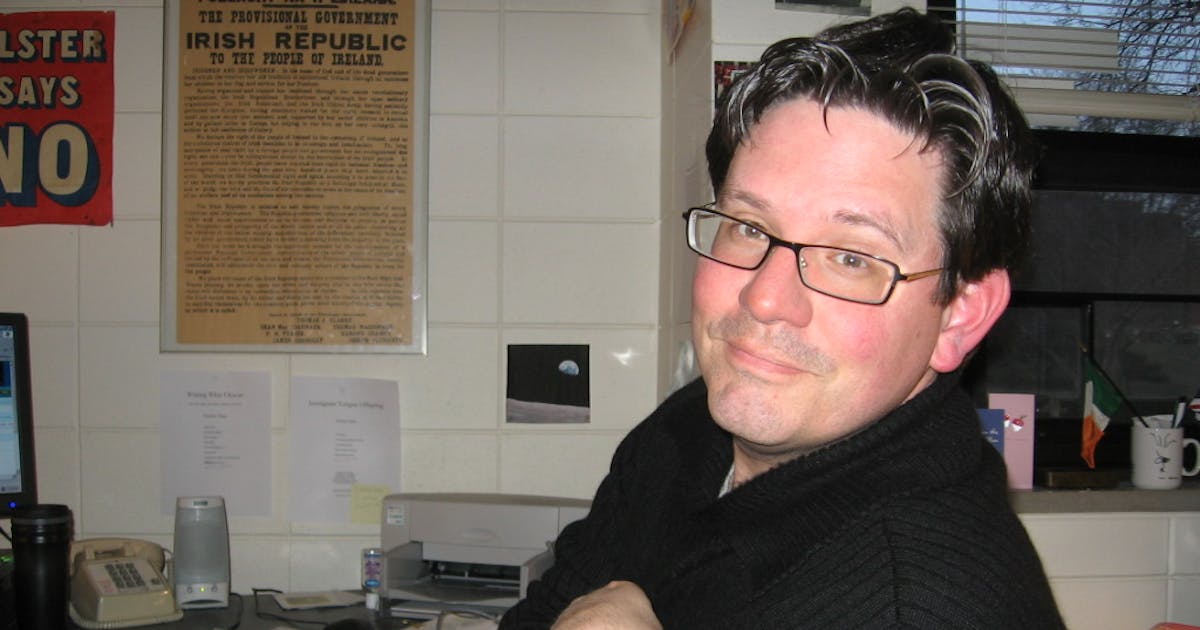 It was the largest city in South Dakota, North Dakota, Wyoming and Montana. Stands at 200,000 today. Its growth testifies to the geographic reality of the Northern Plains, but also to the origins of a city founded at the falls of the Big Sioux River.

“City of Hustle,” an anthology of essays by a compelling series of (mostly) South Dakotans, is very similar to that flow. It meanders through curves that include a popular children’s park, Native Dakota history, a towering Catholic cathedral, a massive meat processing plant, a stark naked David, a thwarted George McGovern, a legendary Joe Foss (he invented the Super Bowl!), An infamous Divorce Colony and more.

Historian Jon K. Lauck, who co-collected these essays with author Patrick Hicks, notes that the founding of Sioux Falls in 1877 was a case of perfect timing.

Railroads boomed, replacing a horse-drawn supply chain. Cities to the east had grappled with tough issues like sewage and fire control, allowing Sioux Falls to implement their solutions.

“Sioux Falls was founded . . . in an American republic that was fully formed and stable nearly a century after the American Revolution,” Lauck writes. Although most of the residents came from Scandinavia and Germany, they didn’t give the city European influences like in the cities of the East and West. “Sioux Falls was definitely an American city in a way other cities weren’t.”

Such city-centric books naturally have a somewhat limited audience. And it’s tempting to think you know pretty much everything about where you grew up.

So it was fascinating to learn that the falls, remarkable in a river meandering through the prairie, never proved to be the economic powerhouse that was once envisioned. While the Queen Bee Flour Mill could grind a lot of flour, it was far more than the drought-stricken country could produce. It closed after just two years.

Instead, the city survived from the rush of the book’s title. “Entrepreneurs made things like beer, flour, cookies, brooms, candy, and cigars,” says one essay. Retail dominated the quarter, as almost everyone in a huge area simply needed everyday necessities.

As if that wasn’t enough, Sioux Falls scored the coup of claiming the intersection of two interstates, I-90 and I-29, thanks to Minnesota Senator Hubert Humphrey being passed.

The essays vary, some well researched and footnoted, others well informed reflections. Contemporary events are recorded, such as the influx of Lost Boys of Sudan. A bit of fiction is an odd hook to the otherwise serious aim of revealing or revisiting history to those who hang in one place.

While reading a delightful essay about the famous candy and ice cream company Fenn’s Bros., I was surprised by the mention of a walnut crush candy bar. A bar of white nougat and crushed walnuts dipped in dark chocolate was a beloved, long-gone flavor of my childhood.

But for a moment I wanted to run into town for one.

Kim Ode is a former writer and columnist for the Star Tribune.