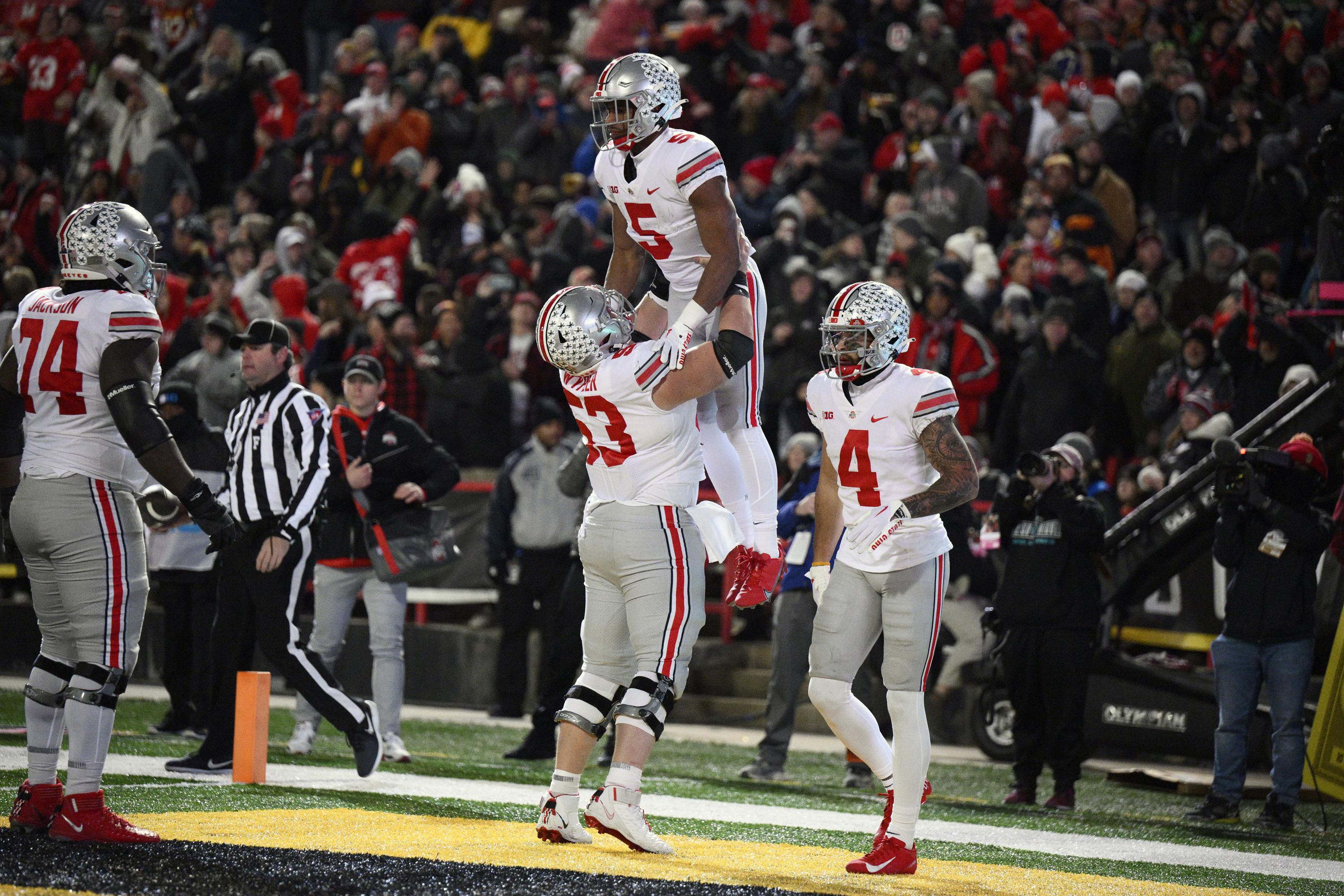 The Big Ten rivals are closing in on the latest monumental matchup between Michigan and Ohio State, sharing another Associated Press college football poll milestone.

Michigan was the second school, next to Ohio State, to appear in at least 900 rankings since the media poll began in 1936.

The Wolverines finished third in Sunday’s AP Top 25 and the Buckeyes finished second behind No. 1 Georgia presented by Regions Bank.

Next is Oklahoma with 882, followed by Alabama (854) and Notre Dame (854). Southern California was the sixth school to reach 800 turnouts Sunday.

As for The Game, Michigan and Ohio State will meet for the 48th time as ranked teams, the greatest rivalry of all. Texas and Oklahoma are next at No. 42, followed by Notre Dame and Southern California, who will play their 34th rivalry game with both teams next week.

At this point in the season, the results mostly speak for themselves and it’s getting harder to argue with the leaderboards, although Reality Check will always try.

Next up: vs. Georgia Tech, Saturday.

Reality check: You know that Kirby Smart, a defensive coordinator at heart, would win any game 16-6 with minimal stress.

Next up: on Saturday in the #2 state of Ohio.

Reality check: In contrast, playing without their two best jams (Blake Corum and Donovan Edwards) has neutered the Wolverines’ offense. It doesn’t look like QB JJ McCarthy is ready to shoulder a heavier burden.

Next up: vs. Iowa State, Saturday

Reality Check: One of the most impressive parts of the Frogs’ remarkable season is that they haven’t had an open date since September 17th. They played hard-fought football matches for nine weeks and won them all.

Reality check: USC’s offense has a total of four turnovers. Their rate of sales every 193 games is by far the best in the country. Michigan is second at one every 130 games. You can say it’s unsustainable, but they only have to hold out for two more games to make the playoffs.

Leaderboard: Why fight when you can keep fighting!

Next up: at Texas A&M, Saturday.

Reality check: Jayden Daniels already has the LSU record for rushing yards (740) and rushing touchdowns (11) in the season by a quarterback, and he will likely be the first Tigers QB to lead the team since Nelson Stokley in 1965 in the Leading Rushing.

Next up: vs. South Carolina, Saturday.

Reality check: Tigers have nine sacks in the past two weeks. If there’s another gear for Clemson, he’ll have to start with DE Myles Murphy and his talented defensive line.

Rank: The SEC teams are out of order. Tigers can either be directly behind them or in front of them.

Next up: vs. Auburn, Saturday.

Reality check: This is likely the first season since 2017 that Alabama hasn’t had a 1,000-yard receiver, and it could be the first time since 2011 that nobody has broken 700.

Rank: Slightly high. Should probably be behind Tennessee.

Next up: in Vanderbilt, Saturday.

Reality check: QB Hendon Hooker’s dream season ended with a knee injury against South Carolina, a brutal development for the Heisman Trophy contender and the Vols.

Ranking: The loss was bad, but Tennessee should still be ahead of LSU and probably ahead of Alabama as well.

Reality check: The Ducks’ best defensive play of the season against Utah (4.41 yards per game) helped them weather a limited but gritty performance from Bo Nix. Might be difficult to replicate in Corvallis.

Next up: vs. Michigan State, Saturday.

Reality check: The Nittany Lions have reveled in the portion of their schedule outside of Ohio/Michigan, allowing eight games of 17 points or fewer.

Next up: in Washington State, Saturday.

Reality check: Oregon’s O-Line has drawn a lot of attention for conceding just three sacks this season, but the Huskies have also been excellent, giving up seven.

Rank: Too low. Similar to Tennessee, Washington has a heavy loss (Arizona State) but beat the Ducks. And it was on the street.

Reality check: The Irish have found a lockdown cornerback in freshman Ben Morrison, who has had five picks in the last three games.

Next up: in Colorado, Saturday.

Reality check: Statistically, QB Cam Rising was about the same player as last year. That’s not bad, but Utes fans had probably hoped for more.

Next up: vs. Kansas, Saturday.

Reality check: Kansas State turned to P Ty Zentner four games ago to help manage his resignation, and he’s been perfect since then with seven field goal attempts and 19 PATs.

Next up: vs. Florida, Friday.

Reality check: The Seminoles’ big turnaround is still overshadowed by three close midseason losses. They have to make a statement against a mediocre Florida team.

Next up: in California, Friday.

Reality check: QB Dorian Thompson-Robinson has improved every season he has been at UCLA and will be leaving after helping get the program back on track.

Next up: vs. North Carolina State, Friday.

Reality Check: Ironically, it was offense rather than much-maligned defense that thwarted the Tar Heels against Georgia Tech and broke her six-game losing streak.

Next: at #21 Cincinnati, Saturday.

Reality check: Two wins away from Tulane, who plays at the Cotton Bowl. If that sounds like something from the 1930s, it’s because Tulane played twice in the Sugar Bowl and once in the Rose Bowl from 1932-1940.

Next up: vs. Mississippi State, Thursday.

Reality check: After playing hard against Alabama, the Rebels’ defense against Arkansas collapsed.

Reality check: A third straight AAC title and the New Year’s Six game are two wins away. Impressive given the remodeling that has been required this season.

Next up: at James Madison’s, Saturday.

Reality check: The Chants bagged the Sun Belt East because the Dukes can’t play in the title game in the transition to FBS.

Rank: Too high. Unranked UTSA could deserve this spot more.

Next up: vs. Baylor, Friday.

Reality check: We’re probably running out of ways to appreciate RB Bijan Robinson. He needs 98 yards to move up to fourth on the Texas career list, past Jamaal Charles and behind only Ricky Williams, Cedric Benson and Earl Campbell. That’s quite a crew.

Next: at USF, Saturday.

Reality check: An inconsistent passing game has plagued the Knights all season, but they can still play for the conference title with a win and some help.

Follow Ralph D. Russo at https://twitter.com/ralphDrussoAP and listen at http://www.appodcasts.com