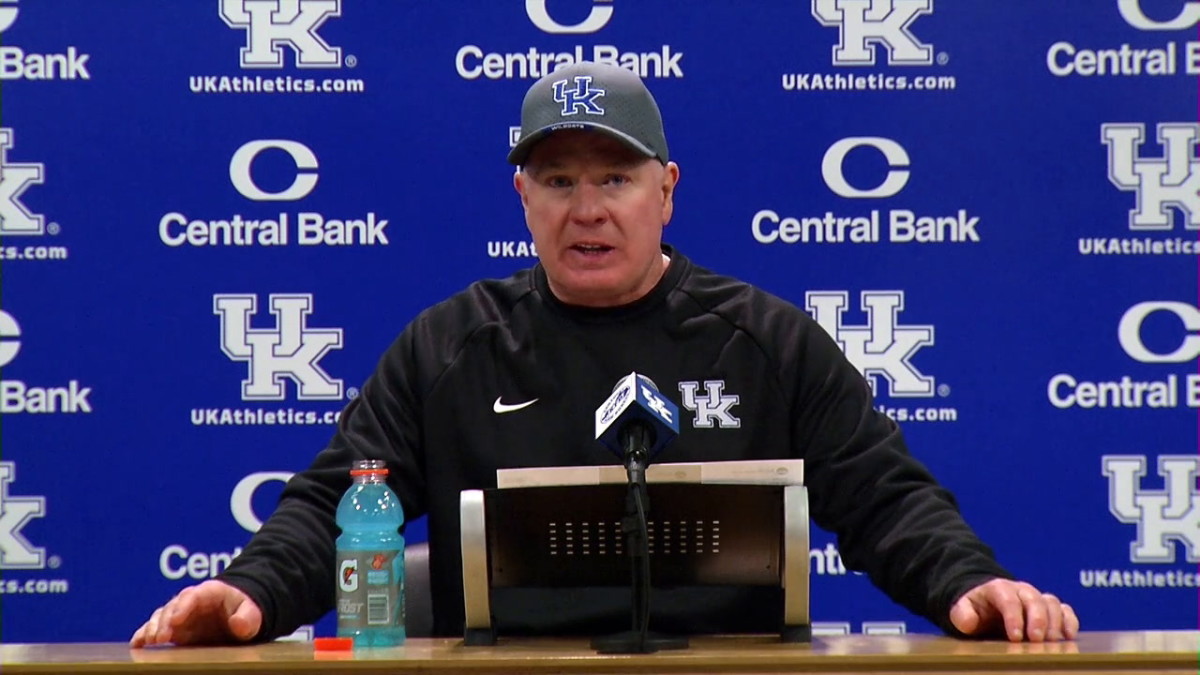 Kentucky head coach Mark Stoops spoke to the media following the Wildcats’ 16-6 loss to the No. 1 Georgia Bulldogs.

Stoops spoke about his team’s reinvestment after the embarrassing defeat to Vanderbilt a week ago, what he saw from the offensive line, Britain’s defense and more.

All post-game press can be seen above:

Here are three takeaways from the 16-6 loss:

The work Kentucky defensive coordinator Brad White and his group have done this season is nothing short of special, especially given all the offensive issues. Despite having success running the football and moving the ball between the 20s, the Bulldogs managed to close the deal in the end zone only once in five trips to the red zone.

Trevin Wallace and D’Eryk Jackson continue to impress as starting linebackers, the secondary didn’t give up much of anything deep, UGA tight end Brock Bowers only had two catches for 10 yards. 363 yards of offense isn’t exactly something to brag about, but when you look at how strong the group was in big spots and in 3rd place (6-12), you have to tip your cap.

The defense gave the offensive a chance to win. The opposite cannot be said.

Applause is the order of the day for the Big Blue Wall. After numerous games in which expectations were greatly disappointed, the offensive against the country’s No. 1 held up in gigantic fashion. It was done without starting the left tackle with Kenneth Horsey, who was replaced late on by second Deondre Buford, someone who has played on the right side of the line before this season.

Will Levis was only fired once (that counted) in four quarters. It’s the first time this has happened all season. To think that would be the case when UGA is the opponent is intriguing. The pockets still weren’t the cleanest, but they lasted enough to develop some of Barion Brown’s routes.

Kentucky might only have six points, but they gave the Wildcats a much better chance to work some magic compared to previous performances this year.

Remember last year when Will Levis and Wan’Dale Robinson did it the type of connection? We caught a glimpse of it tonight at Levis and Barion Brown. With 10 catches for 145 yards and a touchdown, the lightning-fast true freshman finished the UGA secondary in the second half.

Levis had tunnel vision last season while looking for his main battery mate. Robinson was often frank… so Levis threw it to him… and he usually caught it. Once it felt like tonight’s result was set in stone, it was in the British passing game. With no more screens, Brown had to run some bigger, more productive stretches, with mostly positive results.

It all came a little late, but to see the pass connection evolve over half football points into the larger overarching theme: why wasn’t it all season? The wide receiver room’s overall talent is immense, but Tayvion Robinson and Dane Key were rendered nearly useless in the second half of the season.

Brown was a bright spot. He was bright but that light didn’t get a chance to really shine in the British playbook until tonight.

Wildcats Today will report from Kroger Field after the game, repeating the tough loss to the undefeated Bulldogs.