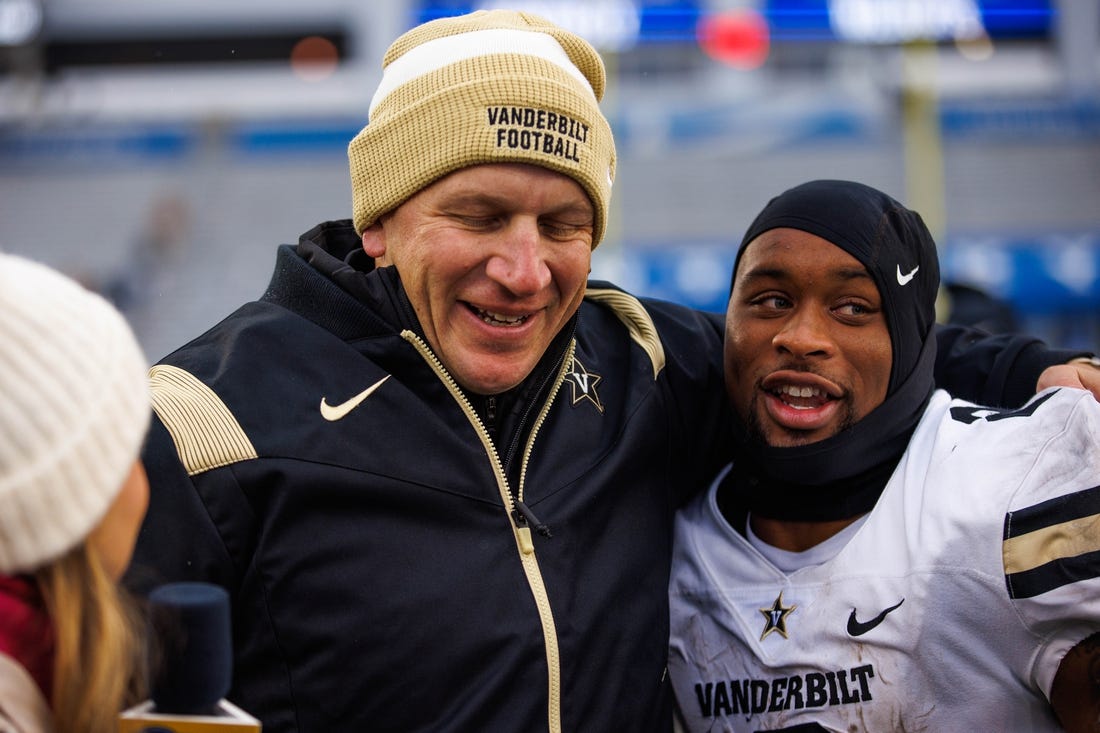 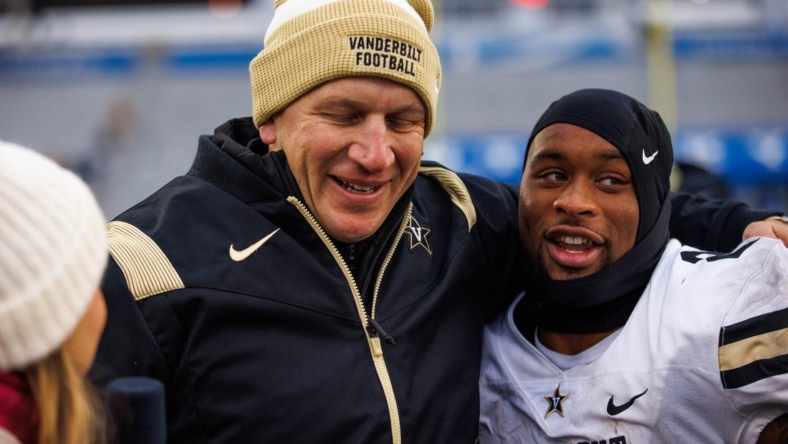 Vanderbilt ended a 26-game losing streak in the Southeastern Conference last week with a 24-21 win in Kentucky.

The Commodores are now hoping to start a winning streak when Florida visits Nashville on Saturday.

Linebacker/safety CJ Taylor intercepted Will Levis on subsequent possession and gave the Commodores their first league win since October 19, 2019.

It was also the first SEC win for second-year coach Clark Lea, who had been battling the flu last week.

Lea, who was a full-back at Vanderbilt from 2002-04, was overcome with emotion after his 18-point underdogs upset the 24th-ranked Wildcats.

“They just kept fighting, and if you stay in the fight and believe, good things happen,” Lea said. “They made it in the end.”

Running backs Montrell Johnson and Trevor Etienne ran for 161 and 100 yards, respectively, while quarterback Anthony Richardson added 96 while throwing for 112 and two points.

“Saturday against South Carolina was the first time I really felt like, ‘Okay, hey, this is the kind of team we want,'” said Florida coach Billy Napier. “(It) felt more like what we intended from the start. Just the energy, the sidelines, the team throughout the week. I thought by far the best training week we’ve had.”

Vandy, a home underdog, must contain one of the league’s best rushing attacks. The Gators average 6.5 yards per carry with sacks pulled, while Vanderbilt allows 5.2 by the same measure.

The Commodores recovered 10 fumbles, but the Gators only coughed the ball up four times. Vanderbilt linebacker Anfernee Orji leads or is tied for the SEC lead in tackles (95), forced fumbles (three) and fumble recoveries (two).

The Commodores will likely try a similar strategy; They average 4.9 yards on rushing plays, which Florida allows. Both Wright (126 rushing yards) and running back Ray Davis (129) rushed well against Kentucky, marking the second and fourth times both have rushed for 100 yards this season, respectively.

Those two will be a challenge for Florida linebacker Ventrell Miller, whose 62 stops rank 11th in the league and second on the team behind defensive back Rashad Torrence II (73).

The Gators have won the last eight in the annual series, including 42-0 at Gainesville last year.