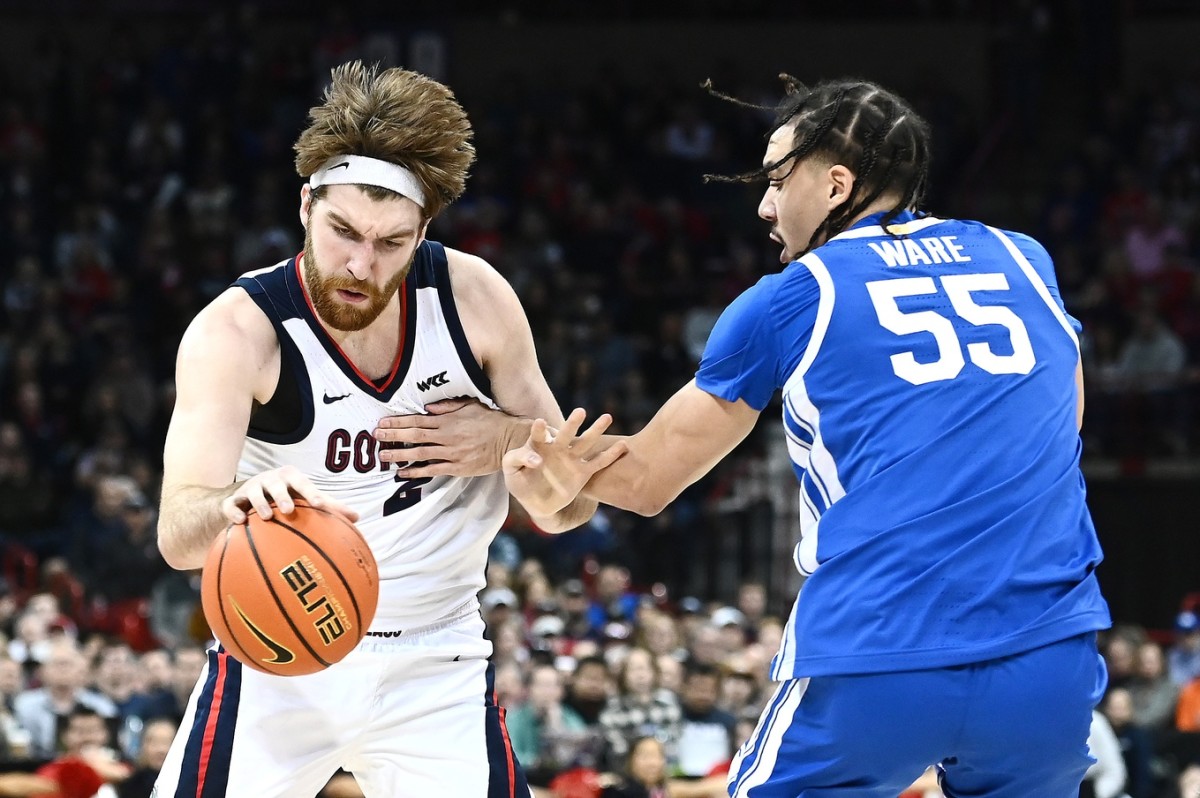 Here are three takeaways from No. 4 Kentucky’s 88-72 loss to No. 2 Gonzaga on Sunday night in Spokane:

Total lack of energy seals the quick fate early on

Although Kentucky was able to reduce the GU lead to just four points in the second half, it never really felt like Kentucky would find a way to win. From the jump, the Bulldogs beat the Wildcats with every shot for the first 20 minutes and took a 16-point lead into the dressing room.

The Cats looked flat, didn’t make a 3 in the first half and let Drew Timme and Co. do what they wanted. Julian Strawther was clearly not a match for the Kentucky forwards, while Rasir Bolton and Anton Watson outperformed John Calipari’s group.

Sunday night’s game had such a big feel, but the Wildcats’ game was similar to another preseason show. Jacob Toppin and Cason Wallace got going in the second half, eventually hitting a few jumpers, but the deed was already done. Gonzaga just wanted the game more than Kentucky…much more.

Once again, CJ Fredrick and Antonio Reeves had bad nights shooting basketball. It’s the second time this season since it came for the first time in Tuesday night’s Champions Classic against Michigan State.

Kentucky lost both games on a big stage where its two main shooters battled from the floor. Reeves finished with 10 points on a 4-13 shooting while Fredrick was miserable at 1-9 against the Zags.

It’s pretty clear that unless these two are hitting jumpers and delivering from the perimeter, it’s going to be a problem for the Wildcats to consistently score basketball as a team. It was assumed that 3-point shooting would be a major strength for this team, but that’s clearly not the case in five games.

Fredrick and Reeves’ production will be critical to Kentucky’s success this season.

Too early to hit the panic button?

Where do you draw the line between “it’s only November” and “this team might be in trouble”?

On the one hand, of course, everything will be fine. Kentucky has only played five games, there is so much room to grow as a cohesive entity. On the other hand, the Wildcats have had two major Tests so far this season, and they’ve both failed.

Michigan State and Gonzaga both have strong defenses, but the spotlight has clearly been too much for Kentucky so far. The failure to catch up with MSU followed by the debacle that happened in Spokane tonight.

Calipari has been preaching patience, but until Kentucky can win a big game, that cloud will be hanging over his head this season.

Wildcats Today will report on Kentucky’s heavy loss to the Zags after the game.