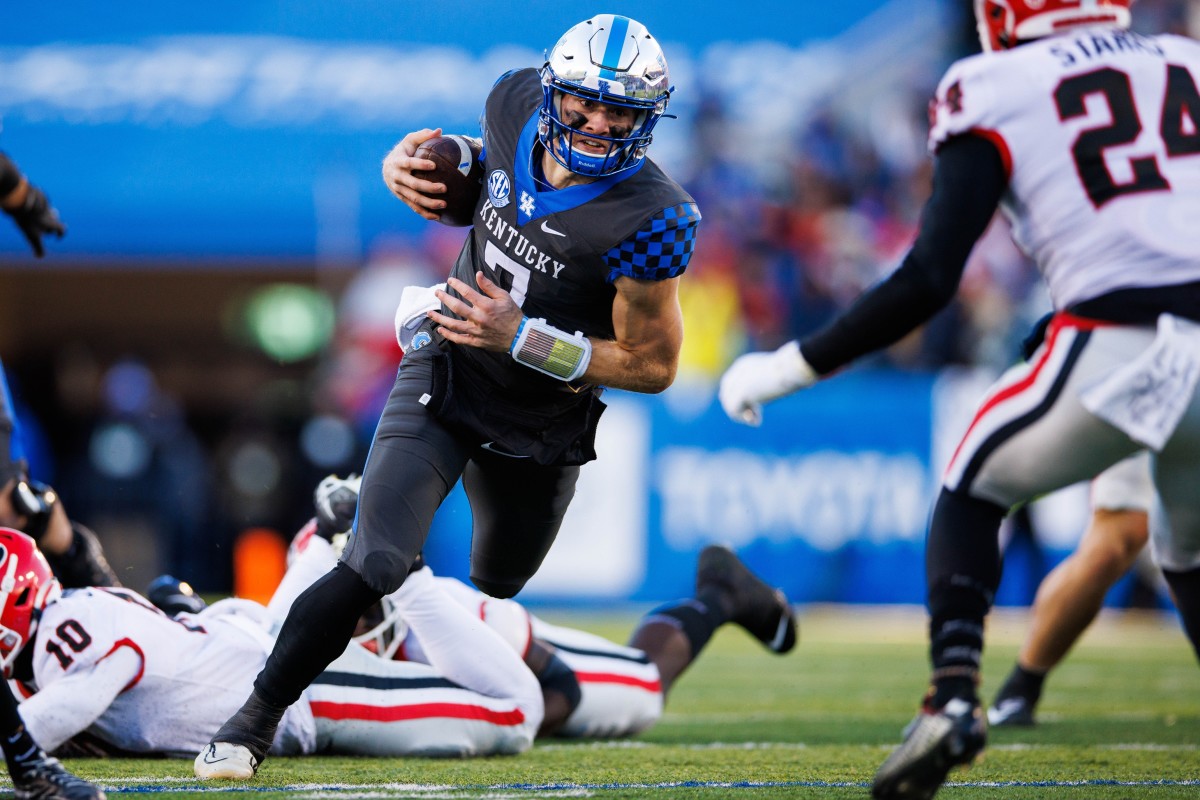 Kentucky football is no longer in the business of moral victories.

That doesn’t mean it shouldn’t accept any.

Despite trailing 16-6 to No. 1 Georgia Bulldogs (11-0, 8-0 SEC), the Wildcats left Kroger Field with many positive results, both offensively and defensively.

“It came up short but the effort was there,” said Britain head coach Mark Stoops after the game. “It just showed some courage and determination, some of the personality of the way we play.”

The Kentucky defense did all it could and kept the Dawgs in the red zone on just one touchdown in five drives. UGA QB Stetson Bennett was held on just 116 yards of pass while superstar tight end Brock Bowers could only catch a pair of passes totaling 10 yards.

The Bulldogs did most of the damage on the ground, rushing for 247 yards, led by running back Kenny McIntosh, who had 143 and one touchdown on 19 attempts. Despite this, Britain’s defenses held firm.

“I really appreciate that they’re getting used to it because it’s hard, this is a physical football team,” Stoops said. “I thought the boys really fought and played hard.”

“It gives us a lot of security,” said Deone Walker, defensive tackle at the freshman. “We knew what we could do, we just had to get back into our mode.”

Walker was one of nine Wildcats to score five or more tackles against a tough Georgia offense. Kentucky’s offense was another tough showing for at least three quarters.

Heading into the closing stages, the Cats were retired and found themselves at a 16-0 deficit, leaving offensive coordinator Rich Scangarello no choice but to finally air out quarterback Will Levis.

Simple as the plan was, it succeeded as Levis and Barion Brown’s connection blossomed late against the Dawgs.

The true freshman wide receiver made eight passes in the fourth quarter, two of which were for 40 yards. He was also the recipient of Kentucky’s only score of the day, an 8-yard dart from his QB that completed a 99-yard drive, the longest scoring drive for the Cats since the season opener against UL Lafayette in 2015.

“He’s a stallion,” Scangarello said of the WR. “He’s going to be a special footballer. He’s got the competitive size, he’s wired right, I love him to death, honestly, as a person and as a player.”

As for Levis, he rushed for 200 yards for the first time in four weeks and had 206 and a score on 20 completions. It’s not nearly the stat line he and this offensive player want to see on the boxing record, but he too found positives in a close loss to a top-flight football team.

“Not bad,” he said. “I think we had a great game plan, that’s obviously a really tough defence, we made a handful of games… I’m proud of how the lads played.”

Pride was a common theme in the Wildcats roster this week, as Stoops challenged his players to focus after an embarrassing home loss to Vanderbilt last weekend.

It didn’t result in victory, but Stoops saw a lot of improvement in his group as they tried to regain some positivity and momentum towards the end of the season.

“It’s extremely challenging after a tough defeat a week ago,” said Stoops. “Motivating them to compete and play at a high level and investing in the commitment that it takes to compete with a team like this took a lot of digging and soul searching, as well as the competitive nature of our players to reinvest, to commit and make that effort.”

However, pride and reinvestment will only get you so far. The Bulldogs proved that by passing UK 363-295, keeping their unbeaten season intact and giving the Wildcats their fourth SEC loss of the 2022 campaign.

The conference game ends in defeat for Kentucky, but there’s another big game on the agenda. The Louisville Cardinals enter Kroger Field for the 28th edition of the Governor’s Cup on Saturday, November 26th. The kick-off between the in-state rivals is scheduled for 3 p.m. EST and will air on the SEC Network.

Takeaways from the loss can be found here.

Watch: Stoops, Scangarello, White and Levis speak out after loss

Want the latest on national soccer and basketball recruitment including Cats goals? Go over there SI All-American for the latest news, blogs and updates on the nation’s best prospects.