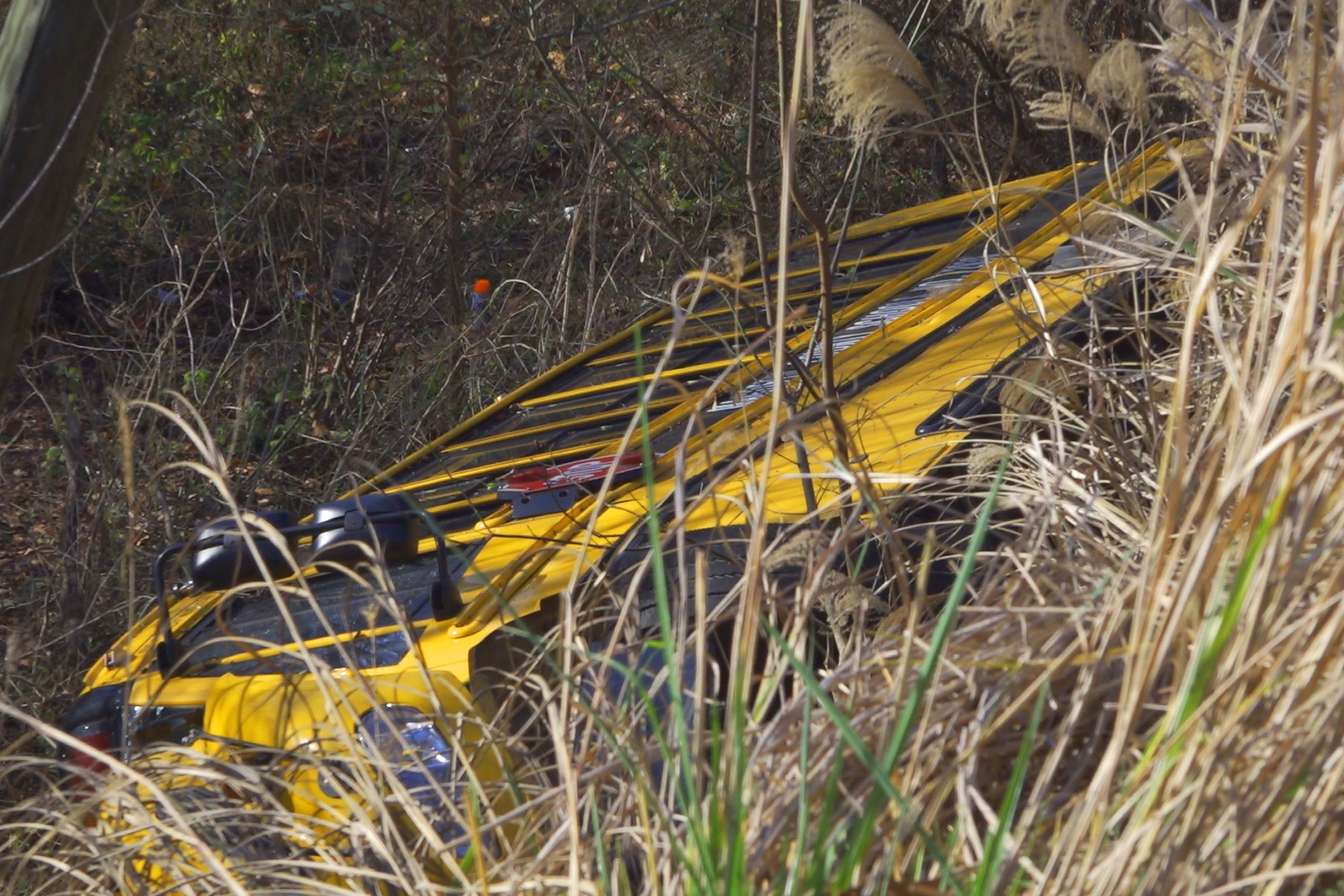 LOUISVILLE, Ky. (AP) — A school bus fell over an embankment in rural Kentucky Monday morning and landed on its side. 18 children and the driver were taken to hospitals with minor to serious injuries, authorities said on Monday.

Elementary through high school students were on the bus on their way to class when the accident occurred on a state highway near Salyersville in eastern Kentucky, Magoffin County Schools Superintendent Chris Meadows said.

No other vehicles were involved.

Meadows spoke of injuries ranging from minor to critical at an afternoon press conference, and afterwards reported a mix of emotions in the school district. Though it was quiet and sad, he said officials are grateful there were no deaths to report at this time.

“All of these families, these students and this driver are in our thoughts and prayers,” Meadows said, adding that officials are following up on the families and are doing whatever they can to help them.

When first responders arrived, some of the students had already scaled the embankment, and others were then helped up the hill with ropes and baskets, Salyersville Fire Chief Paul Howard said.

Gov. Andy Beshear said in a tweet that the Kentucky State Police are on the scene and “we are responding quickly.”

It was not immediately clear what caused the crash. “We are really in the early stages of the investigation,” Coleman said, adding that the road is expected to remain closed for several hours.

Some of the injured were flown out of the crash by helicopters, while others were rushed by ambulances and private vehicles, officials said. Updated terms were not immediately available.

There have been discussions about the possibility of a guardrail in the area where the accident occurred, but water and sewer lines under the roadway have created obstacles to forward movement, Magoffin Judge Executive Matt Wireman said.

He said several accidents in the general area have been reported over the years.

“It’s typical of rural areas with lots of winding roads,” he said

The National Transportation Safety Board renewed a call for seat belts on school buses earlier this month after it closed an investigation into a 2020 accident in Tennessee that killed the driver and a 7-year-old girl.

Copyright 2022 Associated Press. All rights reserved. This material may not be published, broadcast, transcribed or redistributed.

Do you want to stay up to date?

Get the latest insurance news
sent straight to your inbox.