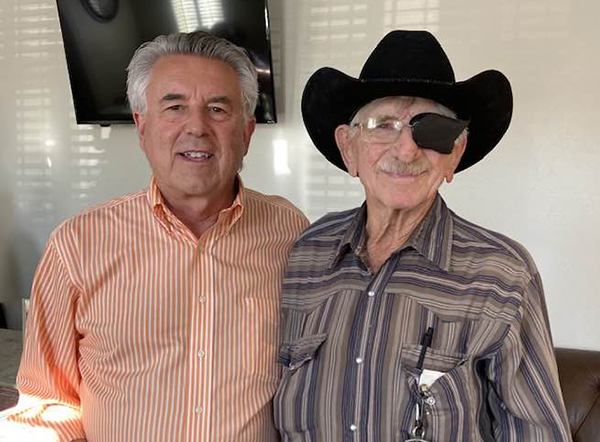 Good writers work hard to convey a “sense of place,” which means giving the reader an authentic sense of where their story is being set or reported. It’s an important skill, as Kentucky novelist Silas House says that this story element must both “entertain and inform the reader.”

When I traveled to the small town of Columbia in Adair County a few weeks ago, I left with a strong idea of ​​a place in the county and other counties in the region. I was entertained and informed. The occasion was the 7th Annual Adair County Book Fair and I was one of more than a dozen authors looking to meet interested readers and hopefully sell some of our published books.

Knowing I would be going six hours without an opportunity to eat a substantial meal, I went to the local McDonald’s before the event, where I ordered a owed Big Mac meal, something I usually wait months for renounced. Twice a clerk in her 20s called me with a light Southern twinge “honey” while she was getting me ketchup for my fries. With that gesture, I got a little sense of where I was… that sense of place thing, you know. And in this case, it reminded me of people I grew up with who lived far from an urban environment — they were small town and rural … and gave total strangers friendly names like Sweetie.

I was delighted, and with a full stomach and anticipation for the book fair to begin, I drove a few blocks to the attractive downtown area around the Adair County Judicial Center/Courthouse. The town is surrounded by a ring road where traffic never seems to stop, like the one in Bardstown not far away. Being careful to avoid a car accident, I noticed that the drivers – probably locals and many moving pickups – were polite and cautious; quite neighborly you could say. Luckily, the stress it might have been for me turned out to be not much at all.

Steve Flairty is a teacher, speaker and author of seven books: a biography of Kentucky Afield host Tim Farmer and six in the Kentucky’s Everyday Heroes series, including a children’s version. Steve’s Kentucky’s Everyday Heroes #5 was released in 2019. Steve is senior correspondent for the Kentucky Monthly, weekly columnist for the NKyTribune, and a former member of the Spokesperson’s Office of the Kentucky Humanities Council. Contact him at [email protected] or visit his Facebook page, Kentucky in Common: Word Sketches in Tribute. (Steve’s photo by Connie McDonald)

Next door was the Columbia Baptist Church, the venue. When I arrived, I wheeled my books up a long asphalt ramp, where a handful of event volunteers and attendees from local authors greeted me with smiles and offers of help. One of the first people I met was Events Director Mike Watson, a former public school teacher who lives in Harrodsburg. His gracious and easy-going manner immediately made my two-hour trip from Versailles worthwhile, and he promptly seated me next to the acclaimed Kentucky writer Ann Gabhart.

It took me about five minutes to set up my book display, and with plenty of time before the book fair officially started, I strolled through the various small rooms where authors were displaying their books. I quickly noticed a significant number of genealogy/local history offerings, mostly softcover, and it was evident that the effort to put them together must have required many hours of work. Knowing that there was little chance that such products would secure enough sales revenue to earn a viable living, I suspected that passion for family and community heritage was a great motivating force. Bravo to the citizens representing various counties in the area; Their individually satisfying efforts also benefit those around them. I was already noticing the “salt of the earth” kind of people I spent an early Friday in November with.

The book fair opened and I introduced myself to a man in a black cowboy hat with a graying mustache and a black eye patch over his left eye. He looked advanced and was seated at a small table on which was displayed a thin five-by-seven-inch paperback entitled Folk Art Memories, a book of poetry he had written. The cover looked ornate, depicting an abandoned framed house set amongst tall, brown grass.

I found out his name is Marshall G. Smith and he is 87 years old. He seemed glad I reached out, and after some small talk, he began telling story after story about his childhood on Robinson Ridge in the Adair County community of Knifley. He noted that the picture on his book cover is a remnant of the house he grew up in and he told me he had problems in his left eye, hence the band-aid. From our conversation and the bright, energetic expression on his face, Marshall came to me as a cheerful person, a person one would like to be around on a long bus ride. His family, his friends and the craft, which he pursues as a profitable hobby, were his topics of conversation. Every time a customer came to my table to buy something or just chat, Marshall politely withdrew to be respectful. 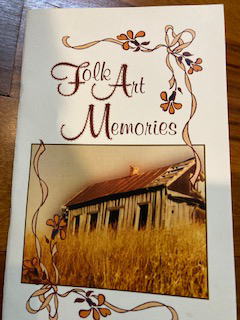 Marshall entertained and informed me that day; He gave me a real sense of the solid, unpretentious place he’s lived his entire life – where simple kindnesses matter – and I figured there were many others like him.

Meeting Pamela Hoots, the mayor of Colombia, was also something special. She came to my table and we talked about Kendall Harvey, a local icon who I had featured in some of my hero books. Kendall, as many in town know, has built over 150 three-wheeled bicycles for children with disabilities. He leaves a remarkable legacy, even several years after his death. Mayor Pamela promised to buy some of my books when she got back from a previous engagement. She did, and I had a feeling she would have spent all day praising the citizens of her town if it wasn’t for her busy schedule. If I lived in Columbia I would probably vote for her as she seems so authentic.

Local people value family values ​​and respect for one another; Her sense of “place” is deep and enduring, as shown by these individuals and others I met that day. And when they have the 8th annual book fair next year I would love to attend again.

I like to feel the feel of the place they feel. it’s real