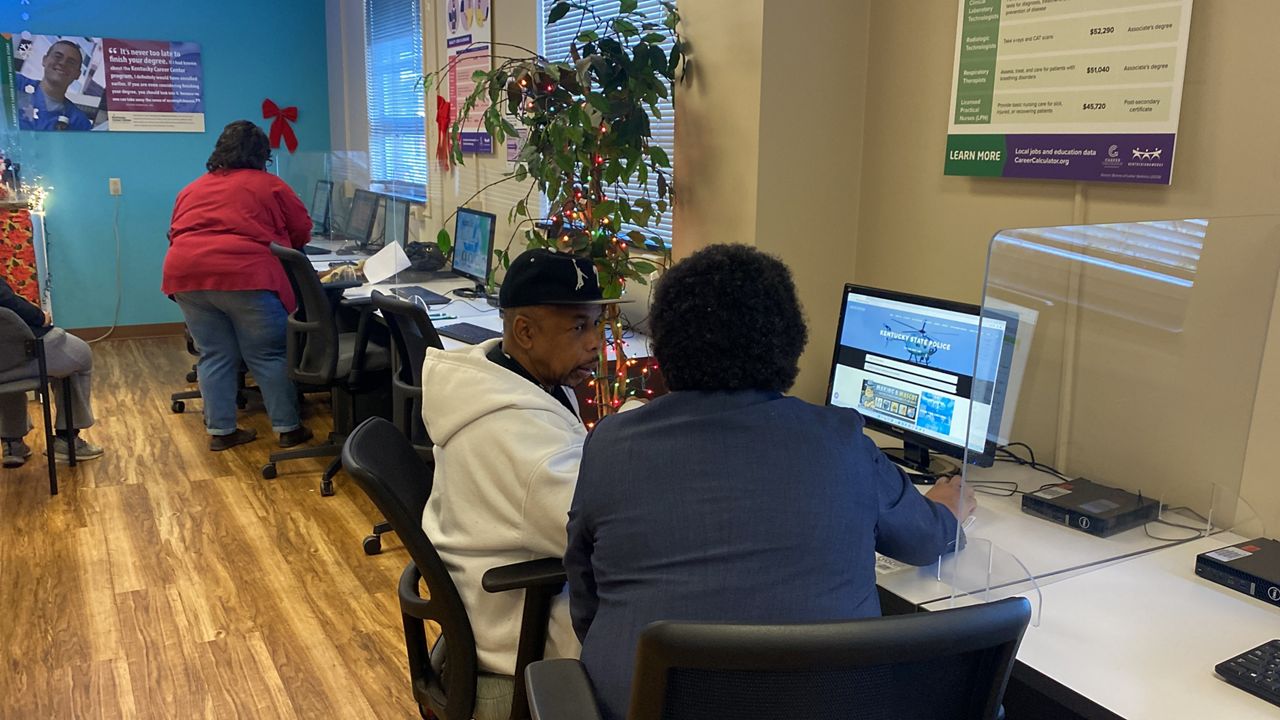 LOUISVILLE, Kentucky — On the second floor of the Nia Center is a team from the Kentucky Career Center working to help people get back on their feet.

“I would say it is more important than ever now that the cost of inflation is rising and making it really hard and hitting those on low incomes and those who come from historically underrepresented groups disproportionately because they are often hit the hardest. ‘ Henson said.

The center’s resources, such as its library, access to technology, training and workshops, are designed to remove barriers to employment.

“We place just about anyone who comes in looking for a job, especially people who may have barriers as those people may be impacted by the criminal justice system right now. They may have a hard time getting childcare, they may need help with housing and feeding. These are all supportive services that we provide, so it’s not just about getting people into jobs, it’s about getting people to stay in jobs,” Henson said.

It’s the same area Cross grew up in.

“I’ve been in retail management of companies all my life and about five years ago I made a switch just so I could get closer to the community and help people and so we don’t chase after the money we don’t do things” said Cross. “Our reward now is to really see how we make a difference in this community and the people in the community.”

For Henson, a disabled Navy combat veteran, her work is a new way of serving others.

“It’s all about helping our community and that’s why we’re here. All of our employees love to do that because we see an impact in everything we do every day,” said Henson.