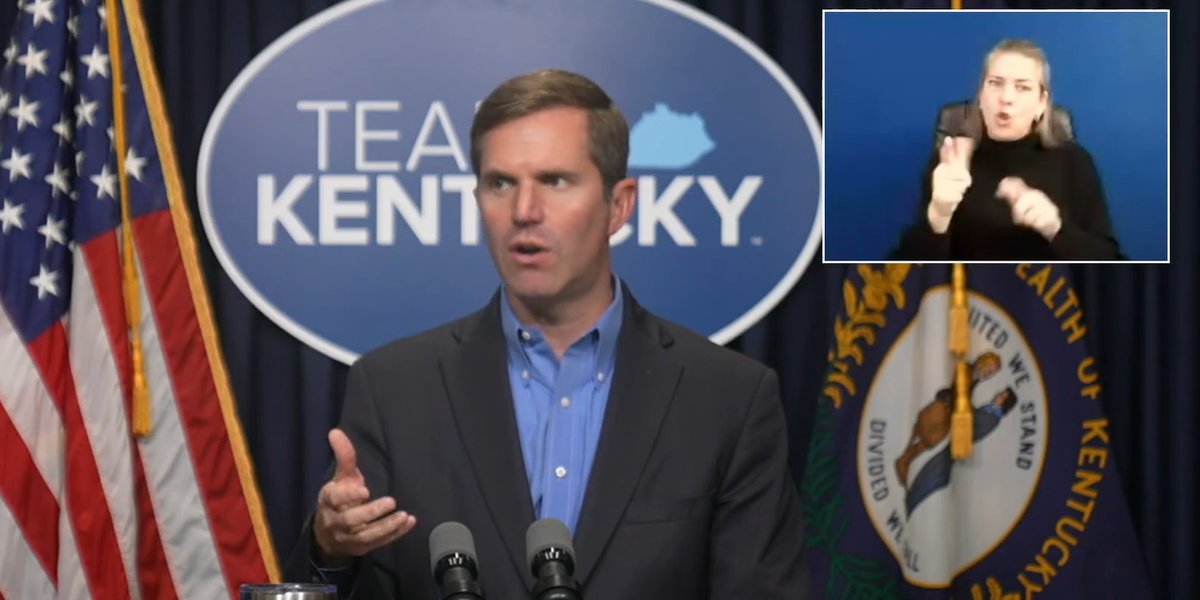 Governor Beshear shared the good news that 208 members of the Kentucky National Guard will return home from their deployment in Kosovo in southeastern Europe. These soldiers, who are part of the 1st Battalion, 149th Infantry, are from Barbourville, Middlesboro and Ravenna. They were mobilized in December 2021 and served as part of a NATO-led peacekeeping force.

During Team Kentucky’s update, it was highlighted that four economic development projects are expected to create 435 jobs and represent $632 million in capital expenditure.

Last month, Beshear joined UPS Supply Chain Solutions Inc., the largest employer in Metro Louisville, to announce the company will expand its Commonwealth footprint with investments of $334 million, adding two new locations to be established in Jefferson and Bullitt counties. The facilities will strengthen the healthcare supply chain and create 435 high-paying jobs.

UPS highlighted progress on a $220 million project to build a two-slot hangar at Louisville’s Muhammad Ali International Airport. Announced in 2018, the project is expected to be completed next year. The hangar will accommodate the largest UPS aircraft and will serve as a location for maintenance and service checks.

UPS executives also announced a $78 million expansion of the Global Aviation Training Center in Louisville, which includes four full-motion flight simulators used for pilot training, office space and classrooms. The project, which is expected to be completed in 2023, will advance the company’s training efforts.

In an executive order, Gov. Beshear established conditions that Kentuckians with at least one of 21 medical conditions, including cancer, multiple sclerosis, post-traumatic stress disorder, muscular dystrophy, or a terminal illness, must meet in order to have access to medical cannabis beginning January 1, 2023 .

The governor also said the state will regulate Delta 8 sales. Delta 8 contains THC, but at lower levels than marijuana. It is not a controlled substance in Kentucky or under federal law, and a court has ruled that it is legal in Kentucky.

Update on the flood disaster in eastern Kentucky

Governor Beshear provided an update on the stabilization and recovery efforts in eastern Kentucky following the historic July floods. More than $88.1 million in grants have been approved under the Federal Emergency Management Agency’s Individual and Household Program for 8,460 homes. Over $55.8 million has been approved by the US Small Business Administration. Disaster Recovery Centers and Multi-Agency Resource Centers are open through November 22nd. Visit Governor.ky.gov/FloodResources for locations and times or follow Kentucky Emergency Management on social media.

The governor said Kentucky State Parks is now housing 216 people, down eight from last week and down from the 360 ​​people it was housing as of Sept. 1. Currently 660 people are accommodated in caravans. There are 320 caravans at 10 different locations.

To date, the Team Eastern Kentucky Flood Relief Fund has raised over $12.2 million from more than 41,000 donors. Governor Beshear acknowledged and thanked HCA Healthcare for donating $100,000 to the fund. Click here to make a contribution. For more information on flooding in eastern Kentucky, see Governor.ky.gov/FloodResources.

Governor Beshear announced that Kentucky Emergency Management has received two letters approving 13 properties in Perry County for FEMA’s land acquisition program. This is a voluntary program whose purpose is to prevent loss of life and property from future flooding. The project will protect the community from the direct effects of severe storm events and provide a long-term solution to existing and future hazardous conditions.

Today Governor Beshear announced an additional grant of $11,746,999 from the Eastern Kentucky SAFE Fund to communities and public agencies to support recovery efforts in counties affected by the late July floods. Payments paid out this week include:

The Kentucky Division of Emergency Management has made payments of nearly $14.9 million out of the nearly $213 million allocated to the Eastern Kentucky SAFE Fund.

Governor Beshear also announced other awards from the Western Kentucky SAFE Fund, including:

The governor said recent rains provided enough moisture to extinguish or control all of the wildfires in the past week. The Division of Forestry installed fire safety breaks to prevent the fires from escalating again. As of this morning, there have been 369 fires in Kentucky, with 29,155 acres burned during the fire season that began Oct. 1.

Gov. Beshear thanked those working to put out the fires, including the five state forest agencies from Virginia, South Carolina, Mississippi, Pennsylvania and Texas, who sent crews to assist. He also thanked the Daniel Boone National Forest volunteer firefighters and conservation officers at the Kentucky Department for Fish and Wildlife Resources. He asked Kentucky residents to refrain from any outdoor burning during this time because flaming debris, campfires, and sparks from farm equipment can cause a fire, especially in dry conditions.

The governor also briefed Kentuckoo residents on influenza, respiratory syncytial virus, COVID-19 and monkeypox in the Commonwealth. He recommended that Kentuckians stay up to date with their vaccines and boosters, wash their hands frequently, and stay home when sick.

Gov. Beshear said influenza is currently spreading widely in Kentucky. One influenza death has been reported in Kentucky for the current 2022-2023 flu season. Most influenza detections in the Commonwealth have been identified as Type A. The flu vaccine was updated this year and is expected to work well against this circulating strain.

RSV, a common respiratory virus that causes mild cold-like symptoms, has recently been on the rise in the United States, with outbreaks of the virus in day care centers and preschools in Kentucky. People of all ages can contract RSV, and most recover within a week or two. RSV can be serious, especially for infants and older adults.

A total of 80 cases of monkeypox have been reported in Kentucky from 18 different counties. This now includes a case in the 16 to 20 age group. More than 6,400 doses of the monkeypox vaccine have been administered in Kentucky. Current vaccine eligibility criteria are listed on the Kentucky Department for Public Health website.

Governor Beshear also named Pulitzer Prize-winning journalist Deborah Yetter to this week’s Team Kentucky All-Star. Yetter, who focused on reporting on abuse, neglect and child well-being in Kentucky, announced that after 40 years in the industry she had finished her last day at Courier-Journal. In April, Yetter was inducted into the Kentucky Journalism Hall of Fame for her work and loyalty to the people of the Commonwealth.