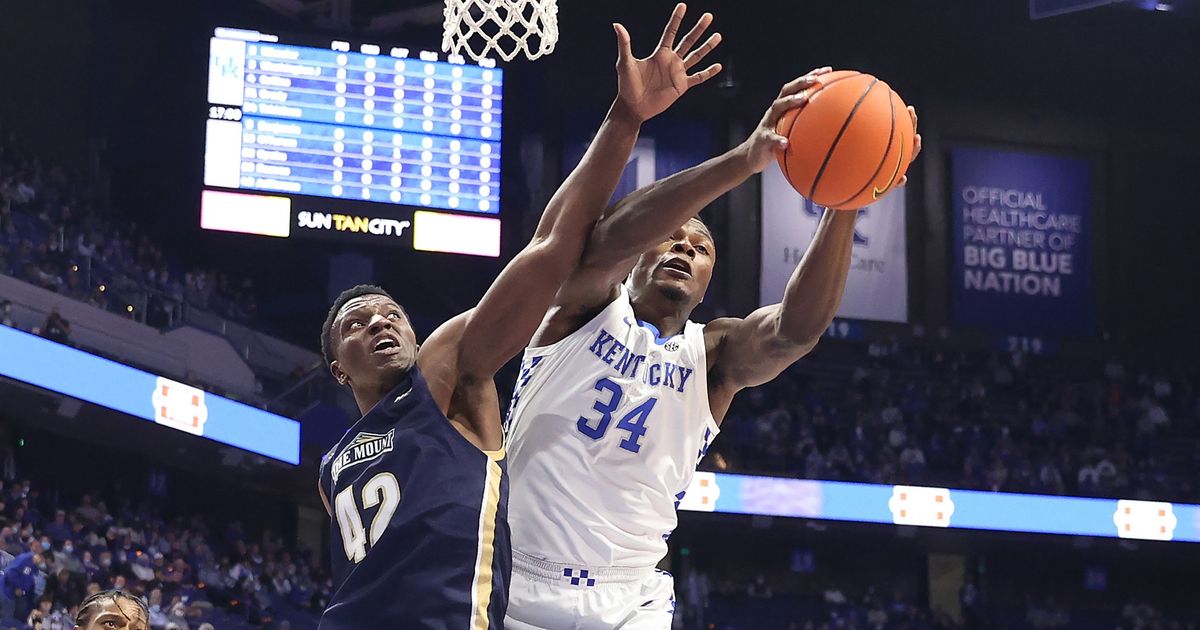 Gonzaga has faced Kentucky forward Oscar Tshiebwe before, but he wore a different uniform.

Tshiebwe, Derek Culver and Gabe Osabuohien formed an imposing frontcourt in West Virginia that propelled the top-ranked Zags before falling 87-82 at the Jimmy V Classic in Indianapolis in December 2020.

The West Virginia Bigs limited Drew Timme to just one field goal in the first half, but the GU forward responded with a great second half and finished the game on 17 points. Tshiebwe had 14 points and nine boards for the 11th climbers.

Culver, who plays for Delaware in the NBA G League, has tended to be the headliner in West Virginia’s lineup this season, eventually being honored by the first-team All-Big 12 Conference averaging 14.3 points and 9.4 rebounds .

Tshiebwe and Culver combined for 17 points and 17 boards in the first half as WVU led 39-34. The second half was a different story as Timme put ferocious pressure on the Mountaineers bigs and GU fought evenly on the boards while Corey Kispert played the 4. Andrew Nembhard, who finished with 19 points and six assists, was the clutch player in Gonzaga’s comeback.

“They throttled us on the glass and throttled our offense there for a while,” said Zags coach Mark Few. “I don’t know how many teams out there are as tough and physical as West Virginia and can bring that kind of size, strength and athleticism inside. I’m super proud of our guys that they found a way to win.”

Tshiebwe was fouled after 21 minutes. Timme slammed Tshiebwe to the ground after a West Virginia field goal and scored a goal while drawing Tshiebwe’s fifth foul with 7:26 left.

The 6-foot-9, 260-pound Tshiebwe moved to Kentucky and posted tremendous numbers last season (17.4 points and 15.2 rebounds). He was the consensus international of the year.

The Zags went 31-0 before losing to Baylor in the national championship game. West Virginia (19-10) lost to Syracuse in the round of 32.