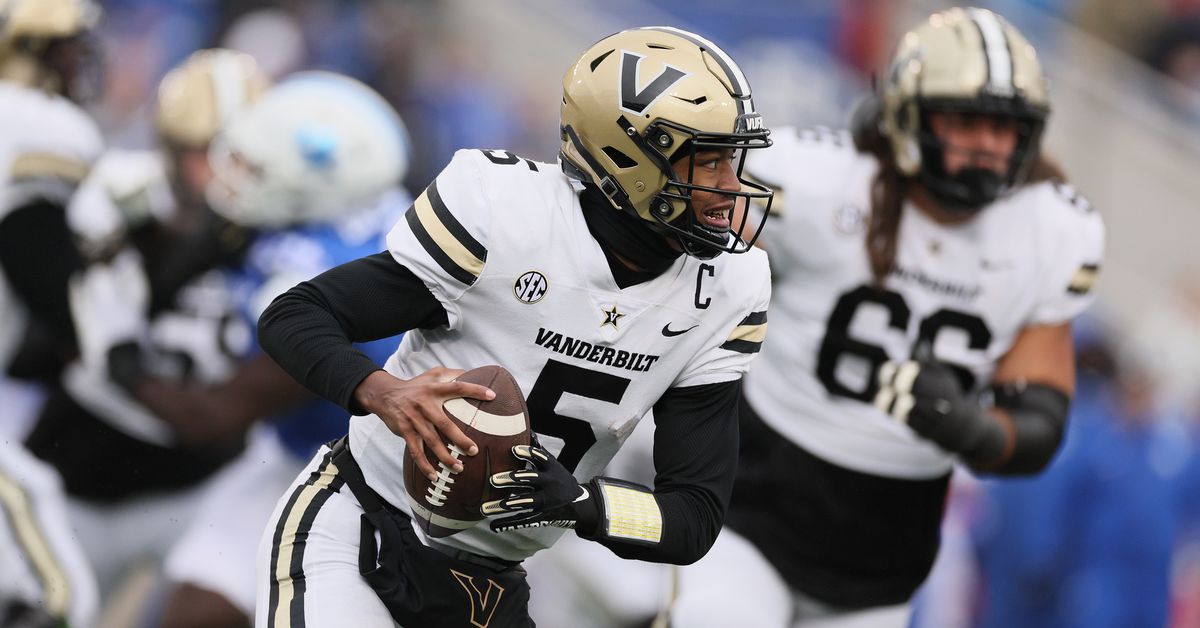 I have reached out to the esteemed Tom Stephenson of Anchor of gold ahead of Saturday’s Florida-Vanderbilt matchup to get some answers to some questions and answered some of his questions over there.

I’ll be honest, most Florida fans really start thinking about Vanderbilt at kickoff, with some of us getting there on Friday of game week. What are some of the most important things to know about this team?

Well, the most important thing to know about this Vanderbilt team is that they haven’t lost 26 straight SEC games. That streak wrapped up last week with what’s technically the backup quarterback (Mike Wright) running the show. Vanderbilt can occasionally score points unless your name is “Alabama” or “Georgia” and also has one of the worst pass defenses in the country. Yet somehow they closed an alleged first-round pick last week? I do not know.

Clark Lea took over after Derek Mason’s tenure had well and truly run its course, and at a time of transition for Vandy. Will Lea be given the same long runway to prove successful or unsuccessful, and how has Vandy (if so) changed under Candice Storey Lee? Is this new Vandy V the worst decision in Vanderbilt athletics branding history, or Everyone History of athletics branding?

The thing about Derek Mason is that he only got that runway because he made a bowl game in year 3, without which he probably would have been roasted after three or four years. Of course, he also adopted a 9-4 instead of 0-9 program, but I still think Lea probably needs to bowl by fourth year. We have low expectations here – but we have expectations.

The new Vandy V was the result of Vandy’s desire to have a single logo for both the athletics and academic sides of the university, and the result is as silly as it sounds.

The excitement of the Commodores in Kentucky last week and the soft midsection of the SEC East suggest to me there could be a world where Vandy could be a competitive second-tier team in the SEC even after divisions presumably phase out with the arrival of Oklahoma and Texas. Is that realistic – and if so, what would it take?

Maybe? Something we realized during the Franklin years was that many of Vandy’s disabilities are self-imposed, and just when the university finally got around to modernizing the facilities, NIL came along and gave us something new to move on with. However, there’s no particular reason why we can’t be a Kentucky/South Carolina/Missouri-level program if that’s what the university wants us to do.

Mike Wright has led a remarkably explosive Vandy offense, and his runner skills appear to be key. If Vandy threatens to stir things up, what would he need to get out of Wright?

Well first of all he would have to be the starter – the reason he started last week was because AJ Swann was injured. Admittedly, Clark Lea has never been one to play with injury reports, so the fact he offered non-binding comment on them at the end of the week suggests Swann will not be available.

Wright isn’t a great passer, but he can create plays with his legs and also use his running ability to open up the passing game. If he can break a big touchdown run or two, Vanderbilt has a chance.

Finally, what is your score prediction?

Theoretically, Vanderbilt has a chance to cause a stir; In practice, I have a feeling they got their act together against Kentucky last week and will play less inspired football now that the long losing streak is behind them. I see Florida win something like 35-17.