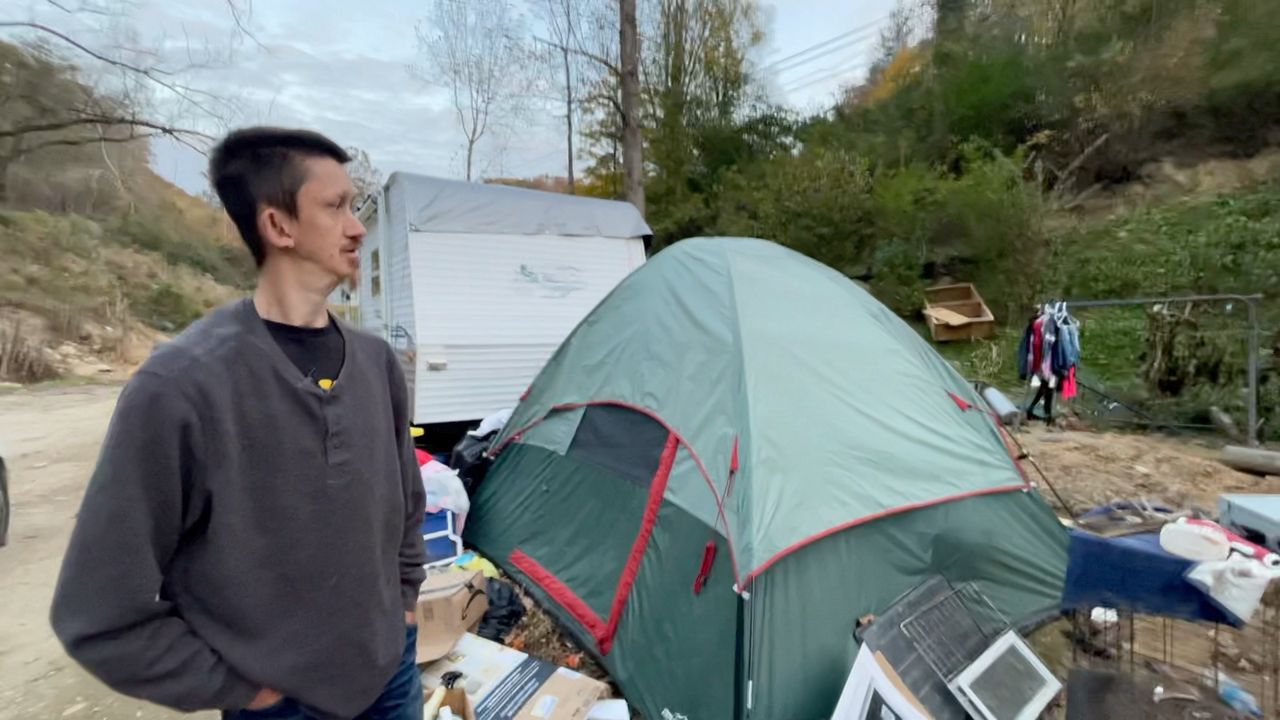 PERRY COUNTY, Kentucky — Many families who lost everything in July’s flooding in eastern Kentucky are staying in shelters while they work to rebuild.

Wesley Godsey, who has lived in Perry County all his life, wants people outside of eastern Kentucky to know how difficult it is for many to find safe temporary housing.

Where the house he built himself stood for more than a decade. Now there is only dirt. Disappointed with the federal response, he says he received no help from FEMA. “I thought when I lost everything it was just some kind of help,” he said of what he expected from FEMA. “I wouldn’t expect to get everything back, but I thought I’d get something to start with.”

Godsey believes his home could have been saved. “I wanted to wash the floors with bleach and rip out some of the drywall and replace the drywall,” he said. “I figured that was something, somewhere, that I could stay until I saved up some money or either way, could get something better.”

However, he says FEMA told him if he bulldozed what was left of his home, he could have a trailer. But once he did, he says FEMA didn’t approve him for it. “They called it impossible; said it was in the flood zone,” he explained.

For the first few months after the floods, when he and his wife had nowhere to live, they stayed in their car with their three dogs, he says. While waiting to find out if they would get help from FEMA, they moved into a tent provided by the fire department.

Godsey’s sister eventually provided him and his wife with a trailer to spend the winter in. He got more good news recently. His community plans to work to build a one-bedroom home for him and his wife. But now he says: “It’s not easy. I don’t know what people will do. There’s a lot of people in the same shape as me and worse, and I just don’t know what they’re going to do.

If you want to make a contribution to families recovering from flood damage, Gov. Andy Beshear set up the Team Eastern Kentucky Flood Relief Fund where you can donate.