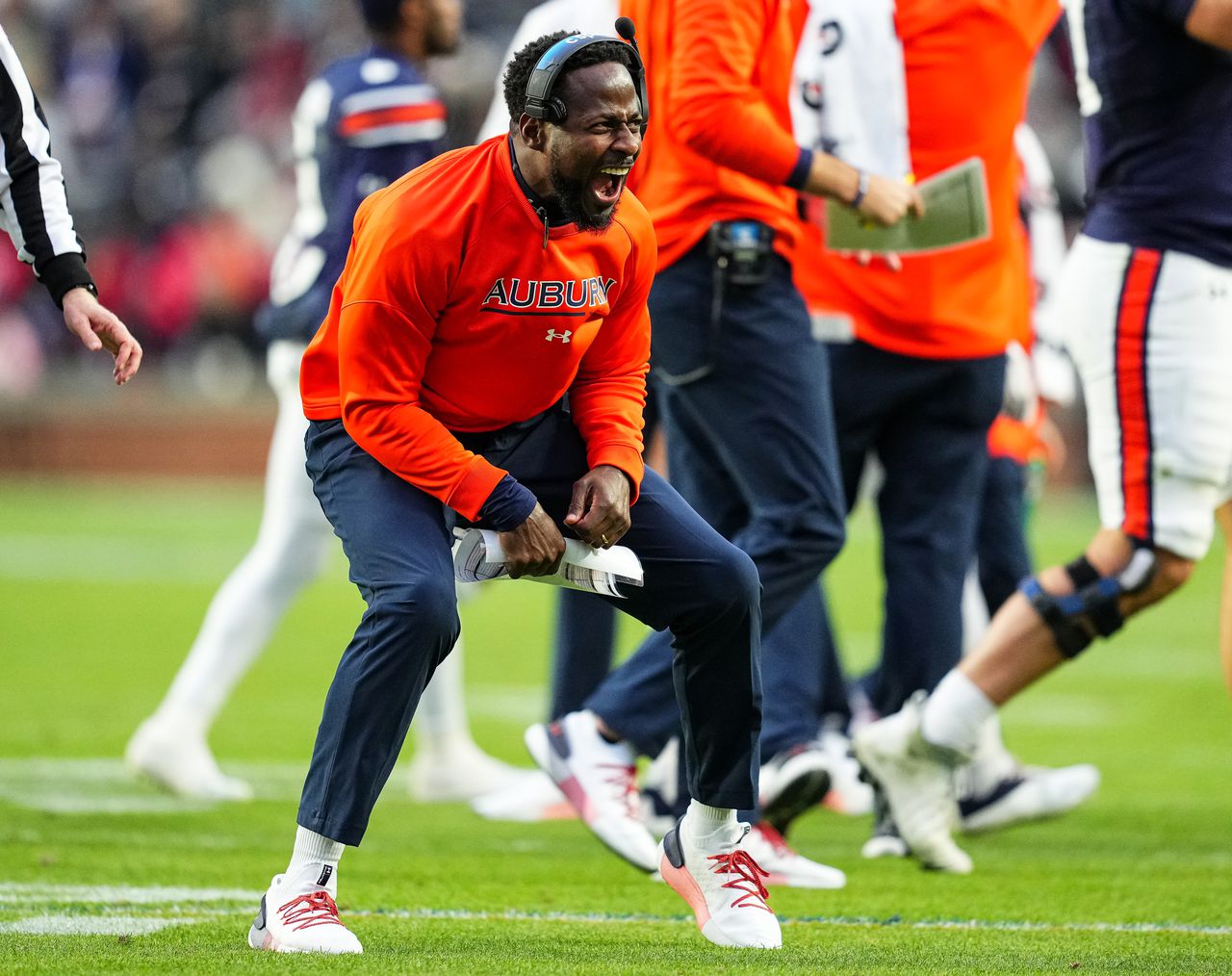 Cadillac Williams has a minor grievance with Nick Saban that predates his time in Alabama.

It was 2005 when Saban had just taken over the Miami Dolphins and Williams was fresh off an All-America seniors campaign and an unbeaten season at Auburn. The Dolphins had the No. 2 pick in the NFL draft that spring, and Williams was one of the best running backs in the class — and that was a position Miami needed.

Read more Auburn football: Auburn turns back the clock with a halfback pass straight out of the 2004 Georgia game

The problem for Williams? His Plains backfield colleague Ronnie Brown was also available.

“He passed me in the 2005 NFL draft and put Ronnie Brown over me,” Williams laughed Saturday night. “It still hurts me a bit, but I’m over it now.”

Williams was picked three spots later by the Tampa Bay Buccaneers, and now, after an NFL career and a climb up the coaching ladder, he’s the interim head coach at Auburn preparing for his first direct meeting with Saban. Auburn visits Alabama at the Iron Bowl next weekend as teams finalize their regular season plans.

Williams, of course, is no stranger to the Iron Bowl.

He played in three of them and won two of them during his four years at Auburn, and coached three others as an assistant to the Tigers’ staff. Now he’s getting his third different viewpoint in the legendary rivalry – as Auburn’s interim head coach next weekend when the Tigers visit Bryant-Denny Stadium.

“I take my hat off to the success this university has had, but look, we’re going to play football, Auburn football,” Williams said after Auburn’s 41-17 win over Western Kentucky. “Whether it’s (the) Dallas Cowboys, (the) University of Alabama, or the great Nick Saban, these kids won’t blink. We don’t blink.”

Auburn will be an underdog for sure when it travels to Tuscaloosa next weekend. It’s only 5-6 for the year, and while the team has won back-to-back under William’s leadership, the Tigers are still struggling to qualify for the Bowl. A win on the road against Alabama in eighth place would promise Auburn another game, a bowl berth for a tenth straight season.

Auburn hasn’t won since camback in 2010 in Tuscaloosa, as Nick Saban’s program dominated the series at Bryant-Denny Stadium during that stretch, going 5-0 by an average 27.6 point lead – nearly four touchdowns. Saban has built a juggernaut across the state, and while the Tide have already suffered two losses this season and no path to a championship, Williams holds Saban in high esteem and has done so for more than two decades.

When Saban was at LSU in 2001, he recruited Williams from Etowah High and even paid him a home visit during the process. Williams ultimately signed with Auburn, of course.

“I have a lot of respect for the great Nick Saban, a lot of respect,” Williams said. “He came to me in 2001 and sat on my couch while he was at LSU. My mom, my dad, we were very impressed with Coach Saban.”

Things will come full circle for Williams this week as he prepares to battle Saban for the first time as head coach. Auburn will celebrate its win over WKU on Saturday night, but next Sunday the focus will be solely on Alabama and trying to find a way to end that losing streak in Tuscaloosa.

“We are excited about this opportunity,” Williams said. “We want to send these seniors away. As I told them, we don’t guarantee that we’ll win if we try our best, but what we can do is look at ourselves in the mirror and be happy with the results. We’ll put it on the line and see what happens.”

Tom Green is an Auburn beat reporter for the Alabama Media Group. Follow him on Twitter @Tomas_Verde.