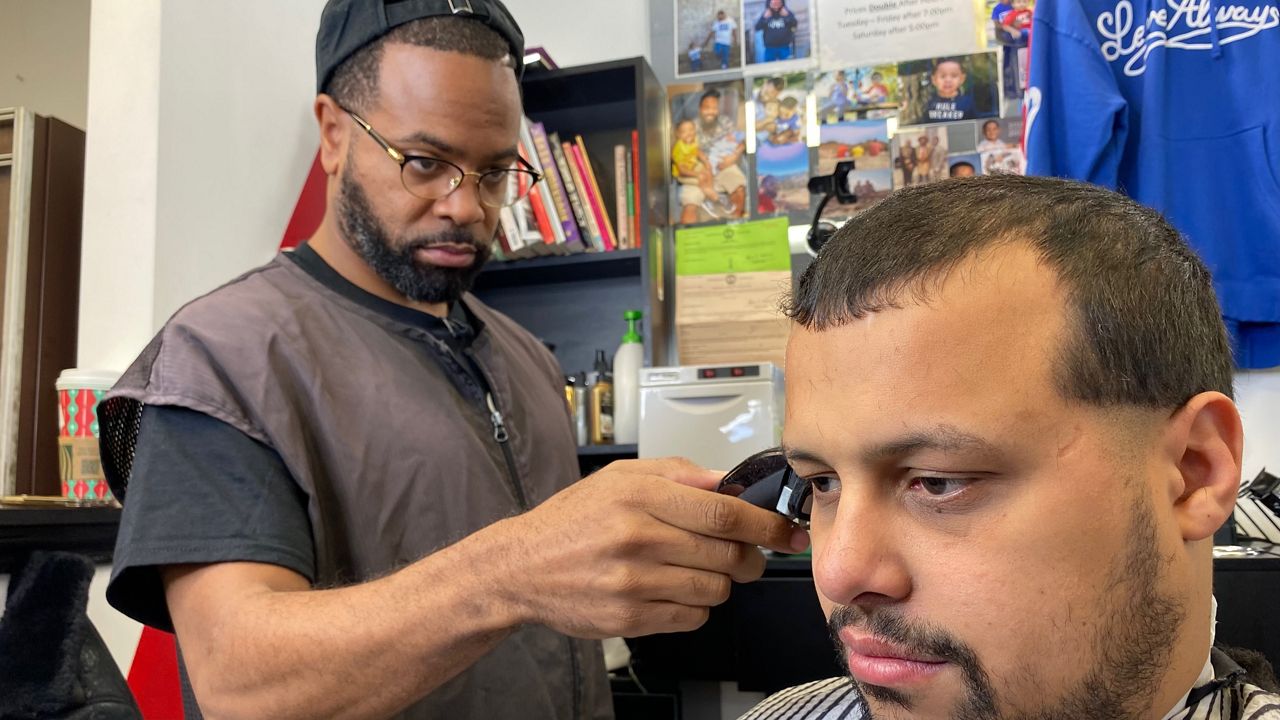 Carter described how his experiences as a teenager put him on the path to becoming a hairstylist. “My mom was a beautician, so she cut my hair and gave me a chilli bowl cut. She wouldn’t give me a hairline or anything. By fourth grade, I had enough and grabbed clippers,” Carter said.

Sitting in his chair in the store is an opportunity to spark conversation. “That’s what’s so special about the hair salon, when you bring in those ideas and thoughts, they’re naturally challenged to see where they actually stand,” Carter said. “We’ve always talked about that, especially when it comes to cannabis.”

Cannabis is something Carter has been passionate about since he was diagnosed with epilepsy in 2018. Carter is a director of Minorities for Medical Marijuana (MMM) in the state of Kentucky and founder of CannaMercial Realty Group.

“Here I am today, working in the cannabis space not only as an advocate, an entrepreneur, but also as a patient. So that’s something I’m really passionate about because it’s helping me in my situation and I know it has the potential to help a lot more people,” Carter said.

The executive order has lifted an enormous burden from Carter’s shoulders. The order, signed by Gov. Andy Beshear on November 15, takes effect in January 2023. It allows Carter and others who meet certain conditions to possess medicinal cannabis legally obtained in other states.

Beshear listed 21 specific medical conditions that must be met for someone to possess medicinal cannabis. The list includes cancer, multiple sclerosis, post-traumatic stress disorder, muscular dystrophy, or a terminal illness.

“Definitely a great win not only for the residents but also for the patients of the state,” Carter said. “At this stage in my life when it comes to epilepsy, I have to make my self-care a priority. I have to put my self-care above anything I do.”

While this is a step in the right direction, Carter believes more needs to be done, including decriminalizing and legalizing cannabis.

It’s a conversation Carter believes will ultimately open up a fair and inclusive marketplace for all.

Carter will partner with the MMM to host a cannabis speed networking event for anyone interested in working in the cannabis space. They will be holding the event on December 8th at the Black Jockeys Lounge in Louisville from 5pm to 7pm