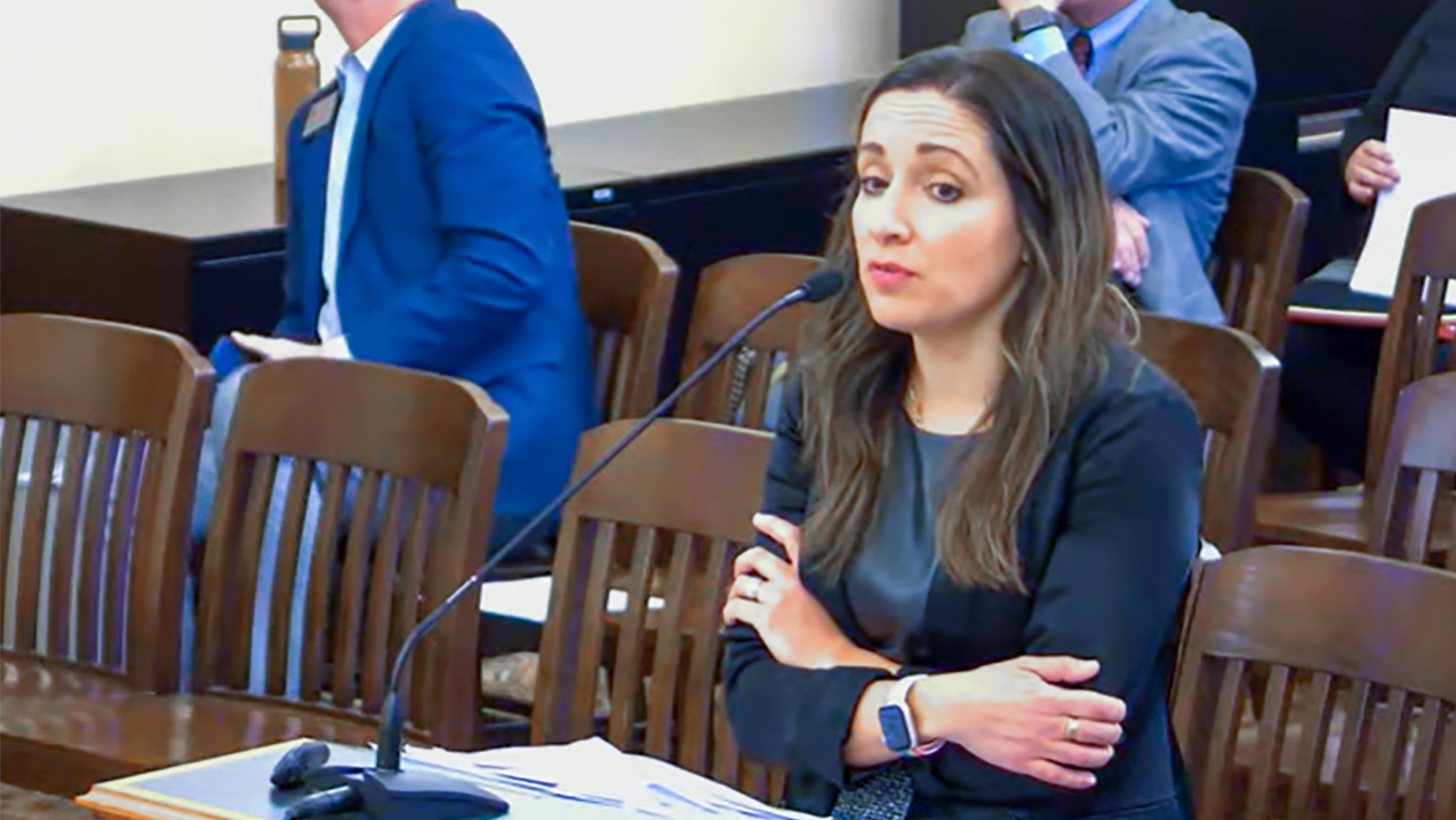 TOPEKA — Kansas lawmakers have leveled criticism at programs designed to serve children exposed to abuse or neglect, alleging court-hired attorneys who recommend the resolution of cases have fallen short of expectations, and claiming a voluntary advocacy initiative did not reflect the diversity of the children cared for.

Senator Molly Baumgardner, a Republican from Louisburg, and Rep. Susan Concannon, a Republican from Beloit, during last week’s Kansas Legislature hearings on child welfare issues, expressed alarm that attorneys or adjudicators were appointed by the court to make recommendations on cases of the Neglect or abuse of children have been revised and inadequately compensated.

They also said there were reports of attorneys ignoring their responsibility to meaningfully engage with children they are meant to serve. It is alleged that some lawyers do not meet with the children in court as required.

“We know the nurses’ caseload is heavy and they are underpaid,” Concannon said. “That’s a given, but I think that gives them an excuse. They come out into the hallway calling for a child and don’t even know who they are.”

Baumgardner said curates were heavily influenced by DCF policies and the conclusions of social workers at DCF contractors. She said the problem arises most often when considering separating siblings and when considering reuniting families.

Baumgardner said lawmakers should address another common complaint about foster parents and relatives of children in foster care.

“Foster parents have no say, no influence. You’re in the position, ‘If you’re not a lawyer, then you’re essentially the agency’s enemy,'” she said.

Office of the Children’s Advocate

A majority of the Child Welfare System Oversight Committee agreed to make another attempt to embed a requirement in state law. Kansas maintains an Office of Child Advocate to investigate complaints about the handling of child welfare cases.

Rep. Susan Humphries, a Wichita Republican with two adopted children, said the situation created by executive order by Democratic Gov. Laura Kelly leaves open potential for conflicts of interest. The current system is too comfortable, she said, because the governor appoints the children’s attorney and the state agency secretary with responsibility for the privatized care system.

She said the children’s advocate’s office should be overseen by the legislature or the attorney general. In 2021, the Senate wanted to place that position with Attorney General Derek Schmidt. The house preferred the legislature. The deadlock was never resolved, so Kelly created the position administratively.

In December 2021, Kelly selected Kerrie Lonard to lead the child advocacy department. Lonard, a lawyer and former social worker, is expected to deliver her first annual report before the start of the 2023 legislative session in January. It will outline investigations into alleged wrongdoing.

Some committee members shared an interest in adding $350,000 to the budget of CASA or the court-appointed special counsel to serve the interests of abused or neglected children.

Caitlyn Eakin, state director of the Kansas CASA Association, said 21 local programs coordinate trained volunteers. The number of cases is small, she said, to give volunteers a chance to speak with the child, family members, educators, doctors, therapists and others involved in the child’s life.

She said CASA volunteers are the only consistent positive role model in the lives of many children who have experienced abuse or neglect.

“Kansas CASA and our statewide programs recognize the importance of conducting due diligence to prevent unnecessary separation of a child from their birth family,” she said. “We also recognize that there are many unfortunate circumstances where there is no other option and for the safety and welfare of the child they must be placed in government care.”

Sen. Oletha Faust-Goudeau, a Wichita Democrat on the Youth Services Committee, said CASA used insufficient numbers of blacks to help children of color, who are disproportionately represented in the state’s foster population.

“If we talk about the lack of African Americans who are foster parents or who want to be CASAs, I know a lot of them who apply, have status, but they’re not included,” the senator said. “No disrespect to anyone, but the CASA issue, you know, don’t blame me. I’ve been a advocate for being more inclusive for 18 years. We’re talking about diversity. We show the films and all that. Every year I go home and it’s the same representation. I hear the same from my constituents.”

The Legislative Committee also proposed reintegrating nurses into the government employee system, rather than continuing to have those people work directly for the contractors. There was also discussion about passing a care law.

During 15-hour meetings, a diverse group of foster parents, academics, attorneys, contractors, state officials and others immersed themselves in their experiences of a system responsible for 7,000 dependent children.

Megan Monsour, a Wichita adoption and foster attorney for nearly 15 years, presented the Oversight Committee with unvarnished observations from the perspective of an attorney working in the high-stakes environment.

“This is a very tough job that you all have and so does DCF and the agencies,” Monsour said. “We are asking these foster parents to do an impossible task. I’ll tell you – maybe I shouldn’t admit this – people call me and ask about foster care or home adoption and I say, ‘Well, it’s really hard for me to advise people to go into foster care because of the cases I’ve got get. I will tear now It’s hard because you have to be willing to let a kid go.”

Rick Gaskill, who had a 46-year career in community mental health counseling, said forming active, loving, reciprocal, social and emotional bonds between parent and child are important factors in relation to foster care and adoption.

He said the careless movement of vulnerable children among caregivers, sometimes referred to as attachment disorder, threatens to break those vital bonds, with lifelong consequences.

“This bonding process is created by neurons connecting to each other in certain patterns and that those patterns persist throughout life,” he told lawmakers. “A lot of those choices that you all make will determine how that brain puts itself together and what perceptions, what possibilities are available to that child and then to future generations.”

He said any child who is able to maintain the bond with an adult is better off in life.

Matt Stephens, vice president at Saint Francis Ministries, said the foster care contractor responsible for most of western Kansas and Sedgwick County is having trouble keeping down the number of inpatient transfers of youth into foster care. In some cases, he said, it was twice as much as requested.

“We need to keep looking and evaluating to understand who is bouncing and experiencing instability in placement,” he said. “National research suggests that older adolescents are at increased risk of placement instability. And the Kansas data reflects that. What we’re really seeing is older youth, ages 13 to 18, who have a higher level of disability or needs or higher vision, they experience a lot of instability in placement.”

“If you look back at the accused former employees, it has been two years since they left our employment at Saint Francis Ministries. So it’s been a long road to get to where we are today. I think a lot of people feel validated by what they saw back then. We appreciate the diligence shown in the pursuit of justice. I don’t think our morale has been hurt by the recent news.”