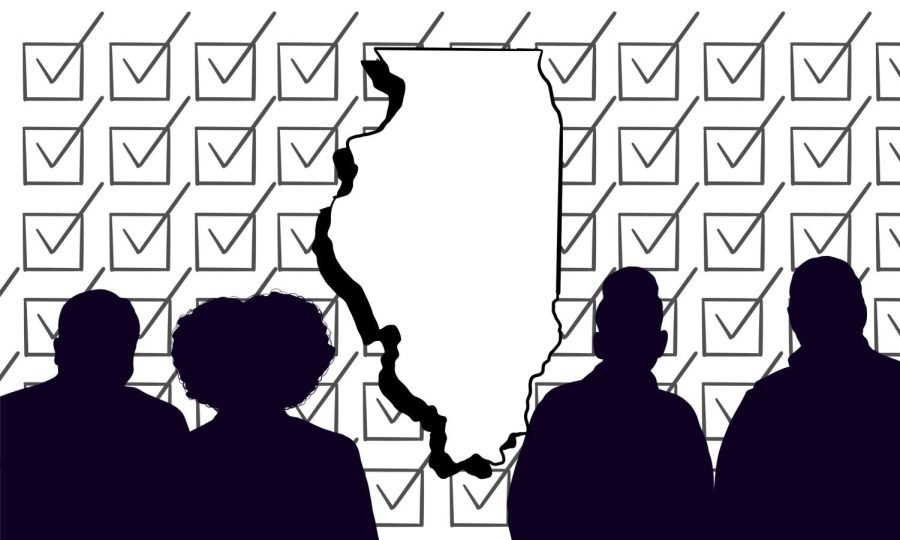 Evanston union workers celebrate as Illinois voters passed an amendment to the state constitution protecting the right to collective bargaining, allowing workers to bargain through elected representatives with their employers.

Amendment 1 was accepted with 58.4% of the votes. The “Workers’ Rights Amendment” was coined and received less than three-fifths support from those who voted on the measure, but was passed nonetheless with a simple majority of all votes cast in favor of the question.

Illinois workers can now join their counterparts in Missouri, Hawaii and New York – who have passed similar constitutional amendments – in campaigning for their safety and economic interests in the workplace.

Curtis Evans is an employee of the City of Evanston represented by the local branch of the American Federation of State, County and Municipal Employees. Evans said he’s glad the change extends the protections he and his colleagues already enjoy to other workers in the state.

“[Unionization] gives you a sense of security you wouldn’t believe,” Evans said. “It brings that kind of general level of anxiety that people have in life … down a notch just because I know that if I’m doing my job and I’m doing it well, my work is protected and not at the whims of bosses.” and bosses.”

Unionized workers in Evanston said the change was a win at a time when workers’ rights are increasingly being attacked.

The initiative sets Illinois apart from neighboring states like Wisconsin and Indiana, which have passed “right-to-work” legislation over the past decade. These laws, enacted by 27 states and enshrined in nine state constitutions, prohibit employers from requiring workers to unionize.

Evans said most of his employees are receptive to the change after learning of its potential impact.

Conservative advocacy groups, including libertarian think tank Illinois Policy Institute, campaigned against the change, claiming it was a tax hike in disguise.

While the amendment makes no mention of taxes anywhere in its text, critics claim that stronger bargaining power for public sector unions could allow them to negotiate higher-paying contracts that would ultimately be funded by taxpayers.

Maria Barroso, who represents hundreds of Evanston and Skokie educators as President of the Evanston/Skokie District 65 Educator’s Council, said she wasn’t initially sure voters would support the change as she opposed campaigning.

She said the change is especially important for teachers at a time when educators are facing a variety of challenges in the workplace, including the impact of the COVID-19 pandemic and inflation.

“I think people are very surprised that it passed,” said Barroso, who taught for 27 years in Evanston and other suburbs in the Chicago area. “This ability to collectively negotiate working conditions and pay, which unions do, is critical in any type of work environment.”

Barroso reckons it will take time for the legislation to take effect, but workers will rely on the protections it offers to speak up for themselves.

Local governments in Illinois are currently prohibited under state law from creating “right-to-work” zones, and the amended constitution will prevent similar laws from being enacted statewide.

While supporters of right-to-work legislation argue that the laws give workers more autonomy, opponents see it as a win for big companies because it makes it harder for workers to organize.

Studies by several policy research organizations have concluded that the laws are correlated with lower wages and union density.

He said he now feels reassured that Amendment 1 will protect Illinois workers from 2018 right-to-work laws and similar situations.

“This change…allows for future prosperity,” Philipaitis said. “Knowing that no law in Illinois restricts our right to negotiate and discuss wages, benefits and working conditions with our employers is a tremendous benefit to us.”

— The Daily explains: How workers’ rights go to vote in November with Illinois’ Amendment 1