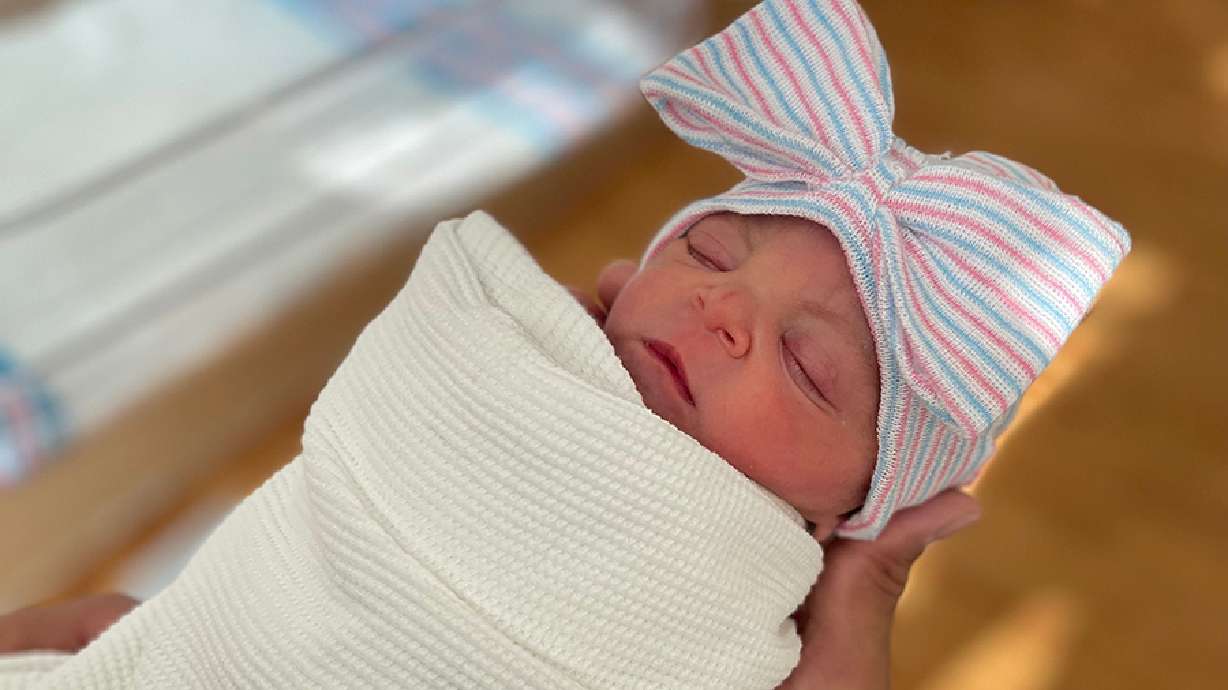 SALT LAKE CITY – When baby Revie Moala was born, her parents knew something was wrong.

But doctors reassured the family that although their baby girl was a few weeks premature and weighed just 4 pounds, she was healthy and sent her home.

“I knew from the moment she came out something was going on but we didn’t know what and the feeling never went away,” Brittainy Moala said of her third baby.

For weeks, the moalas who live in Rigby, Idaho, have been fighting to get doctors to test Baby Revie. Eventually she was referred to Primary Children’s Hospital where Revie was diagnosed with blindness in her right eye.

“She needed early intervention to stop the damage and one day give her the best chance of vision possible,” Moala said. “Thank god they checked and we were just able to salvage what we could.”

“As soon as I saw Revie, I knew she was a fighter,” Fazendin said.

Fazendin said making sure Revie is small enough to get the right care is a challenge.

“Revie had the smallest breathing tube made,” he said. “There is no smaller one. We tried excavations and displacements for several days and were able to protect the tube in their airways the whole time without any complications.”

Fazendin said he’s only used a tube that size in the 12 years he’s been a respiratory therapist and nurse practitioner.

“It’s that unusual. A lot of PICU (pediatric intensive care unit) staff had never seen a tube that small, and we had to make sure it wasn’t moved in the numerous procedures Revie had,” he said.

Fazendin was able to insert the new breathing tube without any complications, which was a victory not only for the PICU staff but also for Revie’s family.

“Day by day I got to know the family and see what they are going through and kind of changed everything that I could help them and Revie with,” Fazendin said.

The bond he and Revie’s family forged during their time in the hospital will forever be remembered by the Moalas.

“I expect people to care about my daughter here (in the hospital), but for them to love her is something else entirely, and he did that,” Moala said.

The family continues to travel to Primary Children’s Hospital for monthly check-ups.

Ashley Moser joined KSL in January 2016. She co-hosts KSL 5 Live at 5 with Mike Headrick and reports for the KSL 5 News at 10.