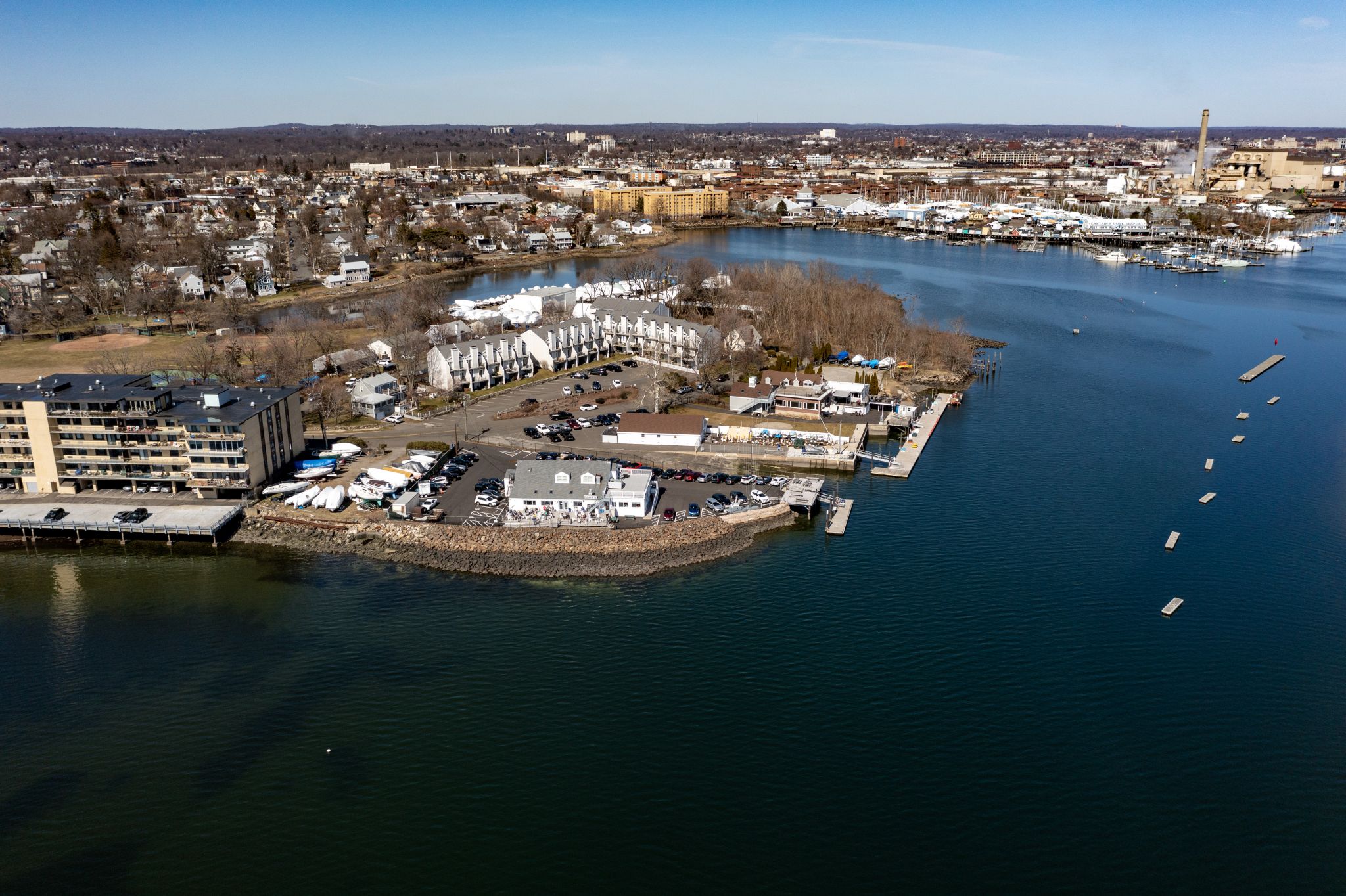 LLocated at the southeastern end of the region, Bridgeport is part of Fairfield County but broke away from it.

While the rest of Connecticut’s so-called Gold Coast and other urban areas like Stamford and Norwalk prospered economically, for many years it seemed that the state’s largest city and former manufacturing center was always a few steps behind.

Some of the structures were brand new, but in other cases city officials have focused on the salvage and restoration of historic buildings.

That means the city’s footprint hasn’t changed significantly in many of its neighborhoods, while other areas — like the former Steel Point peninsula between Interstate 95 and the port — have seen some pretty drastic changes.

The Connecticut Post has examined whether and how certain neighborhoods have changed over the past 30 years.

General Electric’s sprawling campus on Boston Avenue, with its 13 interconnected five-story buildings, was a major employer for Bridgeport and the region. Built in 1915 by Remington Arms Co. to manufacture guns during World War I, it once employed more than 20,000 workers.

GE acquired the facility in 1920 and during World War II employed more than 12,000 people there manufacturing wire, cable, household goods and small appliances. In the early 1990s the company scaled back its activities and by 2007 the site was virtually empty.

In 2012, the structures were “deconstructed,” meaning no wrecking ball was involved, but instead the buildings were dismantled into pieces. At the time, the company said most of the concrete and brick would remain on the site to be used as backfill to level the site and prepare it for future development.

In the years that followed, the site was cleared of contaminants, including lead, arsenic and petroleum-based chemicals, to make way for the construction of a new Harding High School along part of the property across from Bond Street. The project was controversial, with some people concerned the cleanup would not be comprehensive enough to alleviate the health concerns of the school’s students and staff.

But officials pushed ahead with the cleanup under the oversight of the state Department of Energy and Environmental Protection and reassured the public that the site was safe for a school.

And in 2018, the new 56,769-square-foot, $107 million Harding High School opened for about 1,500 students. The remainder of the site along Boston Avenue remains undeveloped.

Once the site of a working-class neighborhood and power plant, city officials are currently offering Steelpointe as an example of a revitalized Bridgeport. But the redevelopment of the East Side between Interstate 95 and the harbor is also a testament to how long the city can progress.

The 50-acre site was mostly vacant for decades after the homes and businesses that formed the tip of the peninsula were demolished in the 1990s. In 2009, one of the last buildings on the land – the Victorian home of Hall of Famer James Henry O’Rourke – was demolished.

The Florida-based father/son development team of Robert Christoph Sr. and Jr., despite some hiccups like a heralded movie theater that never got built, has been credited with slowly but surely getting Steelpointe off the ground in recent years.

In addition to Bass Pro, the site now has a new marina that has hosted luxury yacht shows and a seafood restaurant, and this fall the Christophs plan to break ground on the first phase of a high-end 1,500-unit apartment complex.

Thirty years ago, there was no ballpark or entertainment arena between Interstate 95 and the Metro North railroad tracks, essentially where downtown meets the South End. Both venues opened about two decades ago.

The latter continues to be home to the Bridgeport Islanders, formerly known as the Sound Tigers, American Hockey League team. But the Bridgeport Bluefish minor league baseball team played its last game at the ballpark in 2017.

Since then, the building has transformed into a very different-looking open-air amphitheater, finally opening in the summer of 2021 after delays related to construction issues and the global coronavirus pandemic.

Across the street, a lot formerly occupied by the Pequonnock Apartments is now used as a parking lot for the entertainment venues. In 2007, NBA star and entrepreneur Magic Johnson proposed building a hotel, movie theater, shops and homes there. That $222 million pitch never materialized.

Many downtown buildings have survived the past 30 years, including some historic buildings, such as the Arcade, the former Citytrust, and the former Mechanics and Farmers Bank, which have been renovated and repurposed for residential and retail use.

But there were certainly observable changes at the heart of Bridgeport.

And since then, Housatonic has continued to expand, opening a new extension in 2018. The $45 million project added four floors of classrooms and laboratories to the college’s footprint.

Developer Phil Kuchma, one of the earliest proponents of downtown revitalization, is also responsible for the new residential/commercial development at Lafayette Circle, Fairfield Avenue and Cannon Street. He also owns the building that houses the Bijou Theater.

The structure that commuters recognize as the downtown transportation hub is also a new addition over the past three decades.

Constructed in the latter half of the 19th century and visible from various parts of the city, the Remington Arms East Side munitions factory was a centerpiece of Bridgeport’s former manufacturing economy and, economists and conservationists hope, will eventually be renovated and reoccupied .

Bridgeport gained control of the property from developer Sal DiNardo in the mid-2010s after a back-tax foreclosure battle and has demolished many of the dilapidated buildings while working to preserve the historic shot tower for future redevelopment.

A subsidiary of DuPont, the last industrial user, agreed in 2000 to take responsibility for cleaning up any underground pollution after the city demolished the buildings.

Former Gov. Dannel Malloy had pushed to build a new train station across the street, but that project appears to be dead for now due to a lack of funding and interest.

This waterfront neighborhood on the Fairfield border is known for its restaurants, bars and small shops along Fairfield Avenue as well as for its large, expensive houses.

And although city officials have prioritized building more downtown housing, Black Rock has also seen an increase in housing developments, in part due to its proximity to the Fairfield subway station, which opened a decade ago.

Black Rock also used to be the place where movie buffs could catch the latest movies. But not anymore. The 12-screen Showcase Cinemas on Canfield Avenue closed in early 2020 and will be converted into a standard 300-unit apartment complex.

The first building with 70 units is occupied while the second building contains the rest of the apartments under construction.