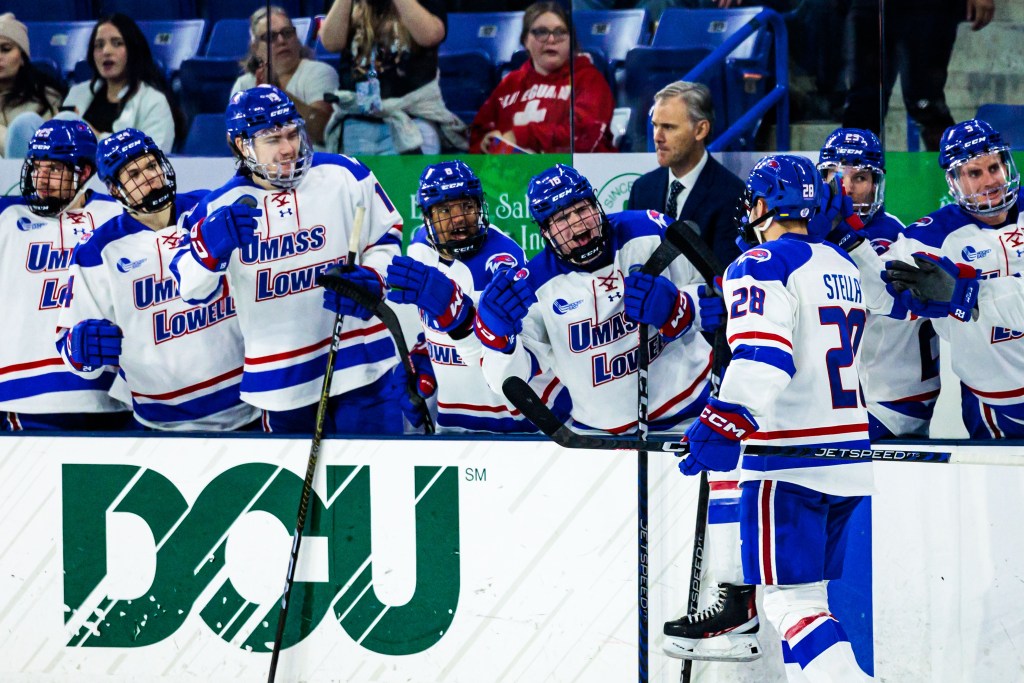 On defense, sophomore Brehdan Engum (Burnsville, Minn.) led the team with a season-high four blocks. Junior Henry Welsch (Lakeville, Minnesota) suffered the loss after making 22 saves at the net. Despite the loss, UMass Lowell’s penalty run was flawless on both days with the Huskies and ended all six of UConn’s six power plays this weekend (10-2-3, 7-2-2 HE).

LOWELL — Junior Max Brooks (Waldorf, Md.) finished the game with a game-high 18 points and led six double-digit scorers for UMass Lowell in a 105-53 win over Emerson (1-3) on Saturday.

LOWELL — UMass Lowell fell to the Brown Bears 67-56 on Saturday afternoon at the Costello Athletic Center.

With 31 points, Banwareesingh is now tied for second place in a D1-era game for a UML player. The senior shares the spot with Shannon Samuels, who has reached that mark twice in her career. Jaliena Sanchez made the top 10 in assists in a game category and recorded eight against Brown to finish sixth in the D1 era.

“Kenzie ran well overall. She was in the All-American range for most of the race,” noted head coach Gary Gardner after Doyle’s NCAA debut. “She did well in her first experience at the NCAA Championship. We look forward to seeing them compete during the track season.”

Doyle, the only River Hawk qualifier, finished 85th overall out of the nation’s top 254 distance runners. In her first 6K on the national stage, Doyle averaged a 3.49.7 split and finished 25th overall in the field to finish with a finishing time of 20:31.0.