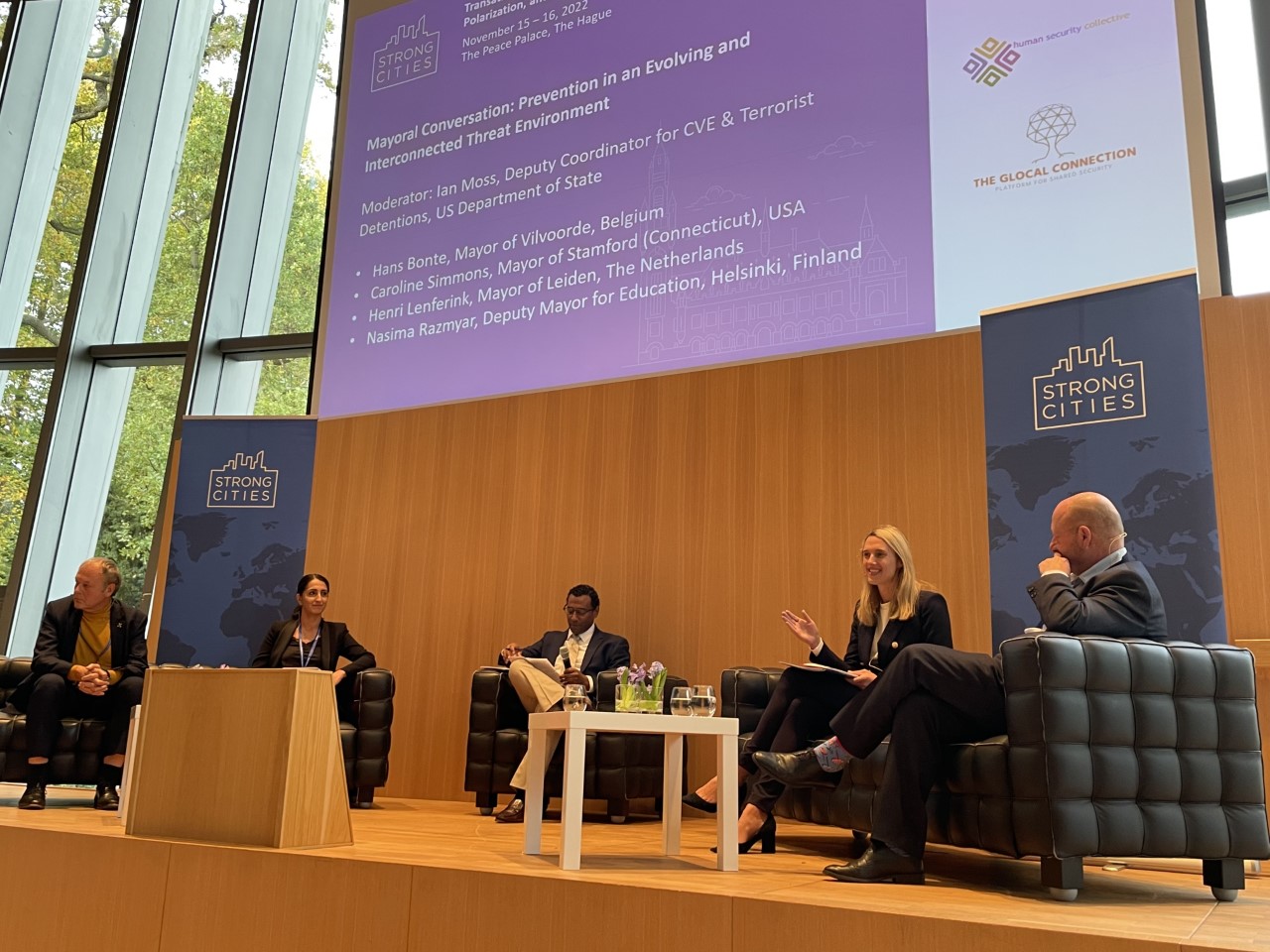 STAMFORD – Mayor Caroline Simmons returned earlier this week from a trip to the Netherlands where she was speaking at a conference on preventing violent extremism.

Simmons said the international Strong Cities Network invited her to speak on a panel at the Transatlantic Mayoral Dialogue on Preventing Hate, Extremism, and Polarization, and Safeguarding Local Democracy, held in The Hague.

The panel on Prevention in an Evolving and Connected Threat Environment included Simmons; the Mayor of Vilvoorde, Belgium; the Mayor of Leiden, Netherlands; and the Deputy Mayor for Education of Helsinki, Finland.

Hughes “is working to really embed equity and inclusion goals in all of our city departments,” Simmons said.

She said she also mentioned efforts by the Stamford Police Department, including the opening of a Police Activities League at Chester Addison Community Center earlier this year, and described how city police coordinate with federal, state and other local law enforcement agencies.

“Especially now that we’re the second-largest city in Connecticut, (with) our proximity to New York, we’re constantly monitoring the threat environment to make sure our city is prepared,” Simmons said.

The Strong Cities Network, the host of the conference, paid for Simmons’ trip. A think tank called the Institute for Strategic Dialogue oversees the group.

During Simmons’ absence, House Majority Leader Nina Sherwood served as acting mayor because President Jeff Curtis, who normally steps into the role when the mayor is out of town, was on vacation.

Simmons said her attendance at conferences benefits the city because she can “share best practices with other mayors” and attract “investment and support” for Stamford. In January, she said she plans to attend a US Mayors’ Conference meeting in Washington, DC, where she will lobby for federal funding for the city.