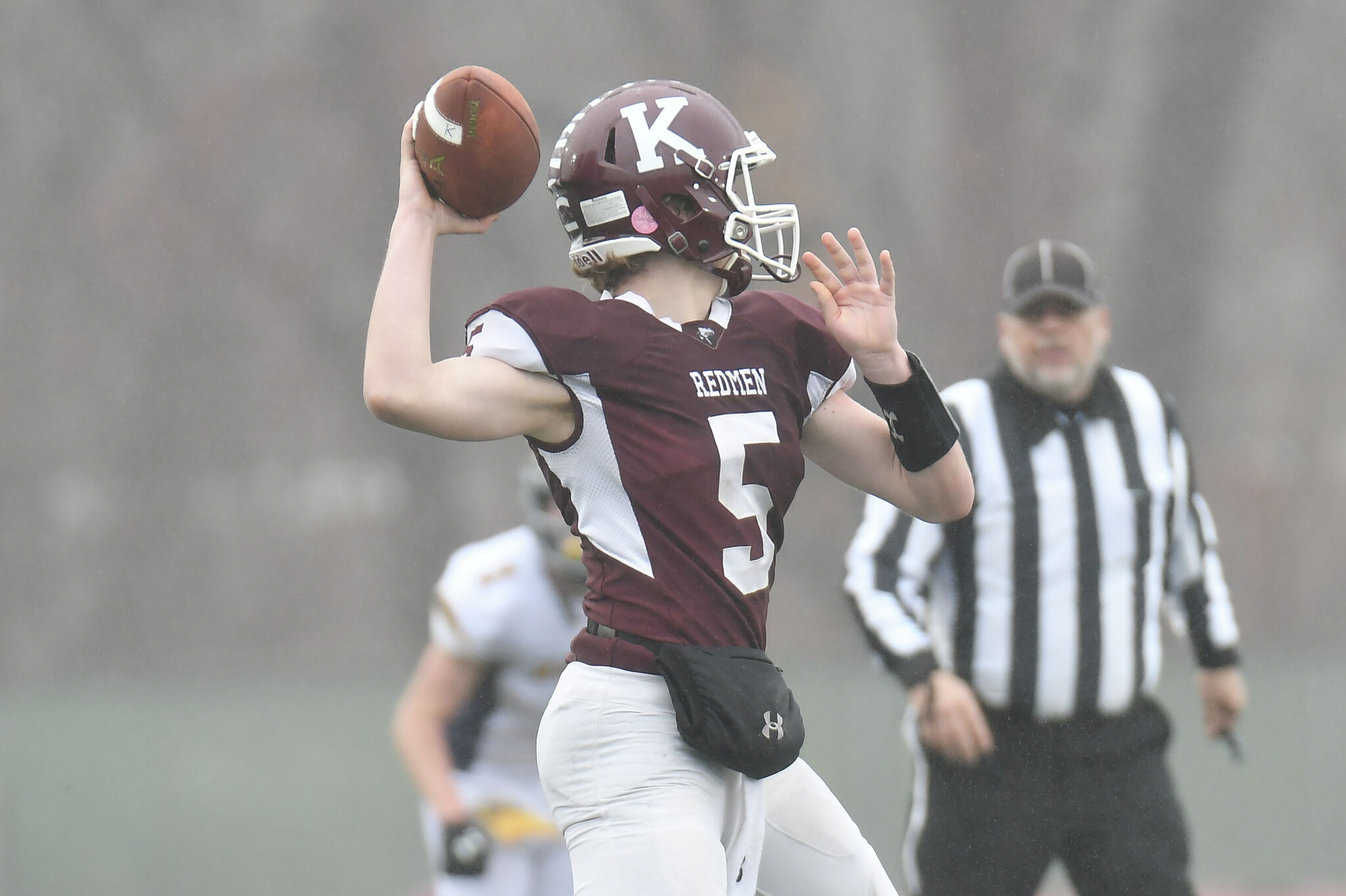 The city of Killingly will lose $94,184 in state funding this year because its local high school continues to use the “Redmen” and “Red Gals” mascots, Connecticut’s Office of Policy Management will announce Thursday.

Killingly was one of three cities to break a 2021 law restricting the use of Native American mascots in Connecticut schools. Windsor and Canton, whose high schools both use a “Warriors” mascot, are also noncompliant, according to a state review, but do not receive money from the Mashantucket Pequot/Mohegan Fund and therefore do not face financial penalties.

Other towns such as Derby, whose schools are nicknamed the ‘Red Raiders’, have been granted exemptions after receiving approval from recognized aboriginal tribes.

Earlier this year, every Connecticut city was required to submit a form to OPM documenting the mascots for each of its schools. While most districts have certified that they do not use offensive mascots (or intend to phase them out soon), Killingly, Windsor and Canton indicated that they do not use a name and/or image associated with Indigenous Peoples written consent from indigenous groups would be retained.

Once a staple of Connecticut high school sports, Native American nicknames and logos have become rarer in recent years as schools have adopted new nicknames in response to increasingly fierce objections from Native Americans locally and nationally. The trend accelerated following the passage of the new law in June 2021, with North Haven, Watertown, Montville and West Hartford among the cities that have since replaced their mascots.

However, some cities have resisted the change. In Killingly, the Board of Education voted to remove his nickname and mascot in 2019, only to reverse course months later following a political backlash. In Windsor, where the “Warriors” moniker is accompanied by an arrowhead logo, Superintendent Terrell Hill told the state earlier this year that he “has not been directed by the Windsor Board of Education to involve the community in discussions about amending the WHS.” warrior name.”

“Until I am directed to do so, the Windsor High School Warriors name will remain,” he wrote.

In Canton, the board of education last year voted to keep the nickname “Warriors” while removing all imagery related to Native Americans — a decision that mirrors that of several other school districts across the state.

When asked why Canton was deemed non-compliant with state laws while other “warriors” schools such as Wilton, Valley Regional and Wamogo Regional did not, an OPM spokesman said the decision was based on Canton’s certification form, on which officials checked a box stating that the school “decided to retain its name, symbol, or image that depicts, refers to, or is associated with aboriginal people or customs.”

In a statement, OPM Secretary Jeffrey Beckham said the agency “carefully reviewed each submission” to make its decisions.

“Three schools, Canton High School, Killingly High School and Windsor High School have all confirmed that they will continue to use Native American names, images or symbols and as a result these schools are not eligible to receive grants from Mashantucket Pequot and Mohegan fund,” Beckham said.

Killingly, Windsor and Canton officials did not immediately respond to requests for comment.

By deciding that only three schools failed to comply with the new state law, OPM chose leniency for several others that fall in a gray area. For example, Nonnewaug High, which serves students from Woodbury and Bethlehem, continues to use the nickname “Chiefs,” which officials there claim does not refer to Native Americans.

Derby, whose middle and high schools both use the nickname “Red Raiders” and several logos featuring Native American imagery, received a dispensation based on a letter from the Schaghticoke Tribal Nation, a state-recognized tribe with an office in the city. The letter did not mention Derby by name, but acknowledged that the nation endorsed Native American-inspired mascots in certain contexts, “as a public tool in perpetuating Native American culture and the history of Connecticut’s first citizens.”

Native American mascots have faced increasing backlash in recent years, with groups such as the National Congress of American Indians arguing that they are offensive and demeaning. In Connecticut, former Mohegan boss Lynn Malerba called the mascots “demeaning” and recommended hiring them, while Mashantucket Pequot leaders expressed similar sentiments.

In response to these concerns, lawmakers led by State Senator Cathy Osten, D-Sprague, inserted a provision into the 2021 state budget that withdrew money from the Mashantucket Pequot/Mohegan fund from any city that continued to be local after July 1 mascot used. 2022. At the time, Osten argued that cities that choose to disregard native tribes should not receive money from those very tribes.

Allocations from the $51 million Mashantucket Pequot/Mohegan Fund are determined based on the value of state property, the presence of private colleges and hospitals, per capita income and other factors. As a result, some cities and towns receive seven-figure payouts from the fund each year, while others, including Windsor and Canton, receive nothing.