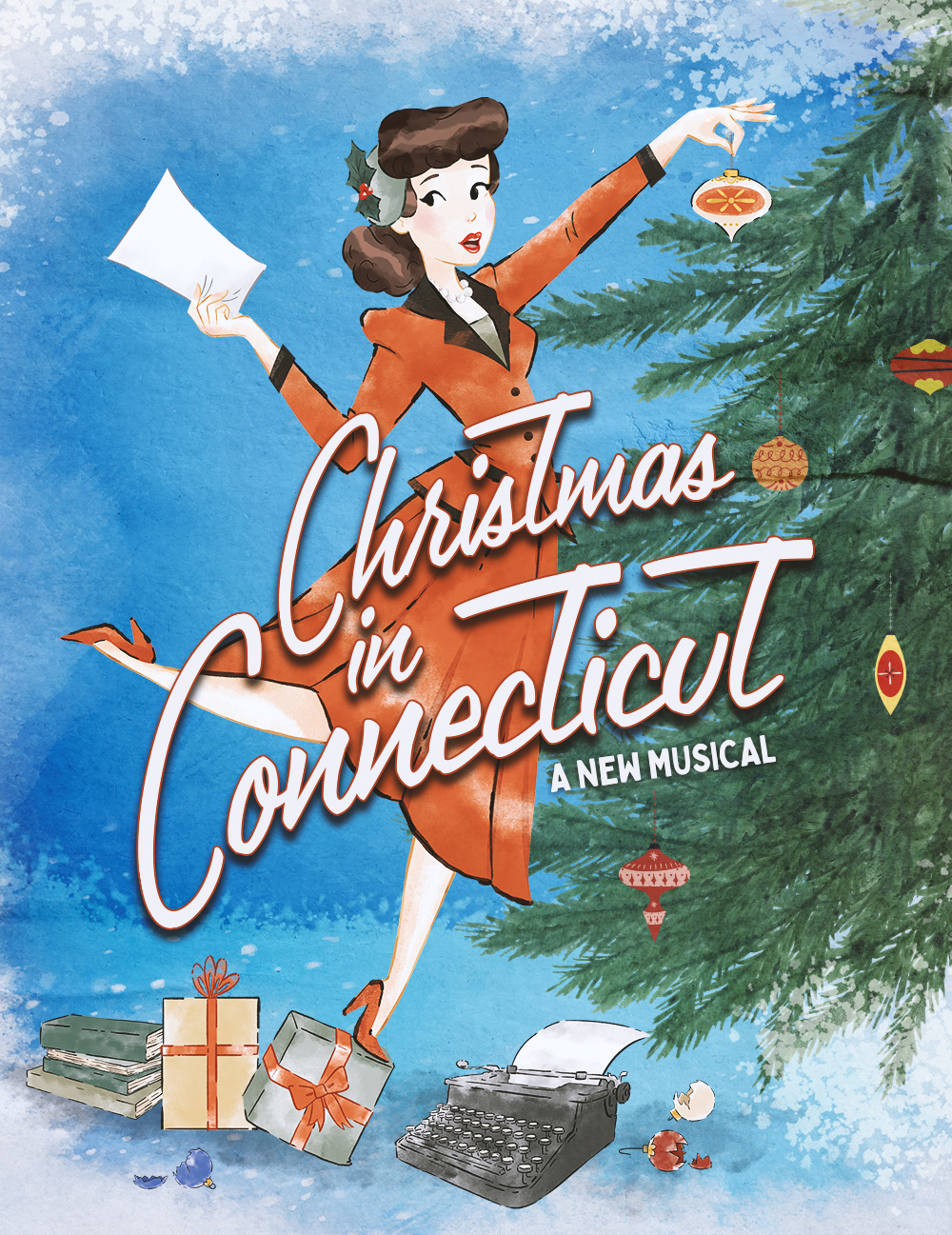 “We got the rights to the film two years ago and immediately felt like it was going to be a musical,” Pacheco said. “It was very appealing to do a show based on a film set during World War II, at a time when the country was uniquely united as opposed to our time of division.”

Jackson added that screwball comedy has always been one of both writers’ favorite genres, and the idea of ​​marrying romance and screwball comedy, exploring nostalgia around the holidays and giving it a very strong contemporary resonance, came to fruition proven irresistible.

“We also loved having a strong female character at the helm,” he said. “What we found in researching how the film was perceived at the time is that it was very popular with critics, even though there are holes in the script you could drive a Mack truck through.”

This holiday season, Goodspeed presents its world premiere musical “Christmas in Connecticut” based on the film “Golden Age” from November 18th to December 30th.

“We’re excited to be here at Goodspeed,” said Pacheco. “The idea of ​​doing a musical for the holiday season in Connecticut called ‘Christmas in Connecticut’ was just too perfect for words. We both fell in love with Connecticut.”

Directed by Amy Anders Corcoran, the show stars Audrey Cardwell as Liz, the lying columnist who’s something of a cross between Martha Stewart and Carrie Bradshaw from Sex and the City; as well as Ed Dixon, Josh Breckenridge, Raymond J. Lee, and Rashidra Scott.

“Our cast is spectacular; The majority of them have multiple Broadway credits to their name, and they’ve all proven their skills on stage,” Jackson said. “They are just a pleasure to work with and the rehearsal room was a riot.”

Similar to the film, the musical follows a columnist who lies about her abilities as a housewife — but she can’t cook, isn’t married, and lives in a tiny New York apartment, not the Connecticut farmhouse she writes about.

And while the musical is very similar to the film, there are changes aimed at making the story better and better suited to 21st-century audiences.

“The spirit is intact; The concept of the show is still the engine that drives everything,” Jackson said. “But once we set the story in motion, we definitely steered the car into new territory. We added several key characters and eliminated several characters that we felt were less crucial.”

For example, a socialist farmhand who poses as Liz’s husband is brought in and when they meet it’s like oil and water, although romantic tension develops. Another new character is a fact checker who is brought in to add more comical elements.

“We think this is quite a joyful experience; It starts the moment you step into the theater and see all the Christmas cheer,” Pacheco said. “It’s a real escape and one that we think the whole family will enjoy and we hope people will find as much joy and laughter on the show as we did.”