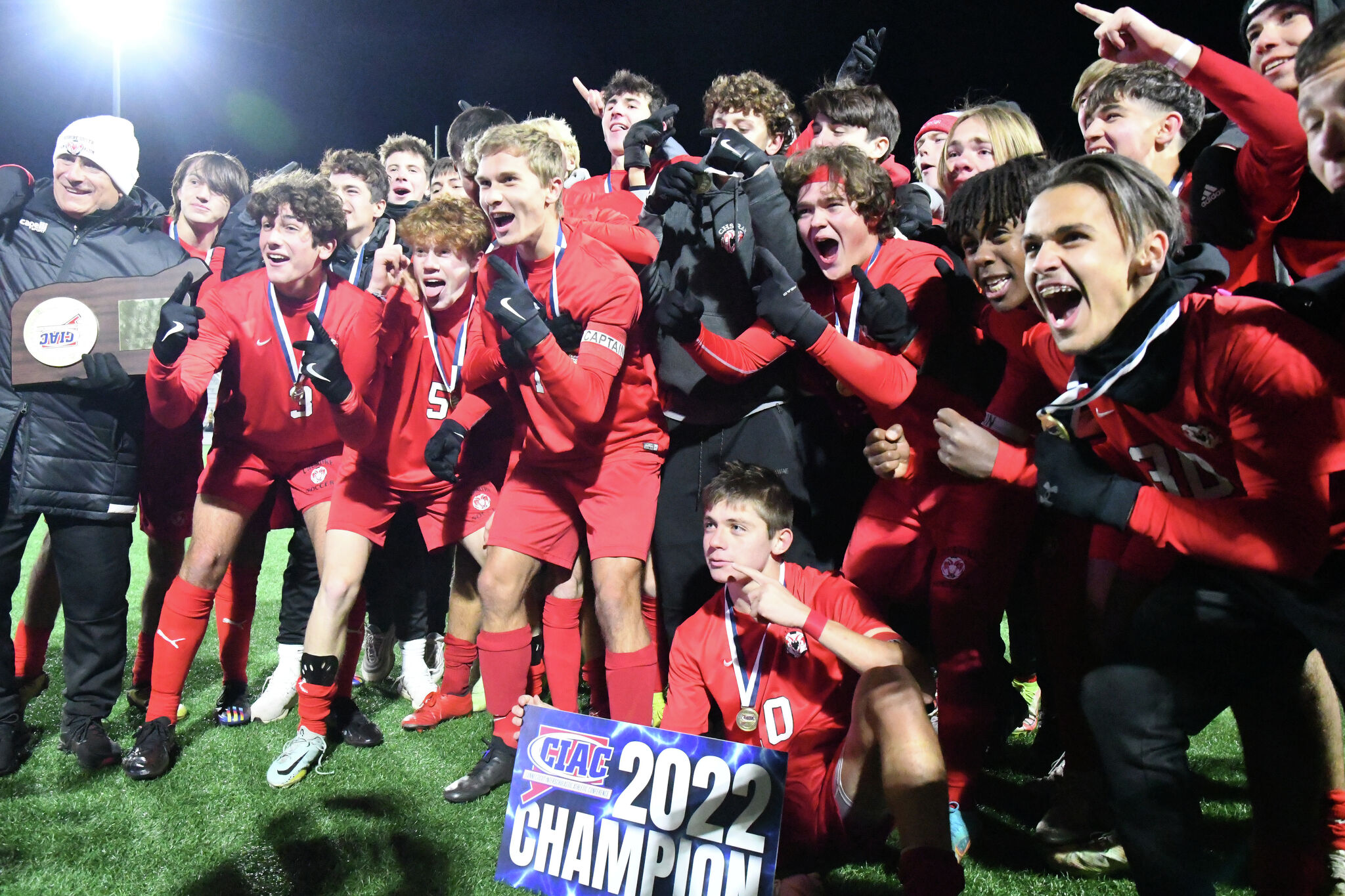 HARTFORD—They had to wait a year, but the Cheshire boys’ football team won their state championship.

No. 1 seed Cheshire scored an early goal and maintained control for most of the rest of the evening. He defeated No. 2 Xavier 3-1 in Sunday night’s CIAC Class L Championship game at Trinity Health Stadium.

“We came up short and that loss last year motivated our team to come back here. We’ve worked really hard to get here and it feels great,” said Cheshire L-MVP Samir Dishnica. “A quick start was very important. We knew they were going to come out strong and we had to live up to that.”

It is Cheshire’s first state title since 1988.

Cheshire was on a scoring tally with 18 goals in four state tournament games after outperforming teams 62-14 in the regular season.

“I’m very happy for the lads and very happy for the City of Cheshire and for our football organization as a whole,” said Cheshire manager Artur Branco. “I just want to say how great Xavier played. They are a great group of players and coaches. I’m so happy that two SCC teams have played for a championship and one SCC team has won a state title.”

This was the first time in CIAC history that two SCC boys soccer teams met for a state championship.

Cheshire quickly attacked and scored from a Will Stearns header after an Alex Clark pass.

The Rams extended the lead when Samir Dishnica broke free via dribbling, scoring a 3-on-1 with the keeper and scoring the goal to make it 2-0. A cracker of a Mario Milardo shot from 25 yards found the net to put Xavier 2-1 at half-time.

Five minutes into the second half, Dishnica sent a direct shot from just outside the 18 which Kevi Sulollari headed in to put them 3-1 up.

Xavier was never able to launch a successful attack for the rest of the night as Cheshire dropped more players in defense by a two-goal margin.

“The lads believed in what we were doing and had the same goal out here,” said Xavier coach Brian Fitzgerald. “The guys started playing for each other about halfway through the season. We came together at the right time and we peaked at the right time. We were SCC champions and it was impressive to get here.”

PLAYER OF THE GAME

Samir Dishnica, Cheshire: The SCC Player of the Year was also the best player in league play, earning MVP honors with one goal and one assist.

“It’s our first title since 1988 and it feels good to have him as a coach,” said Dishnica. “(Sulollari’s) gate was huge. A one-goal lead is never certain and they had chances, so it felt great for us to get a two-goal cushion.”