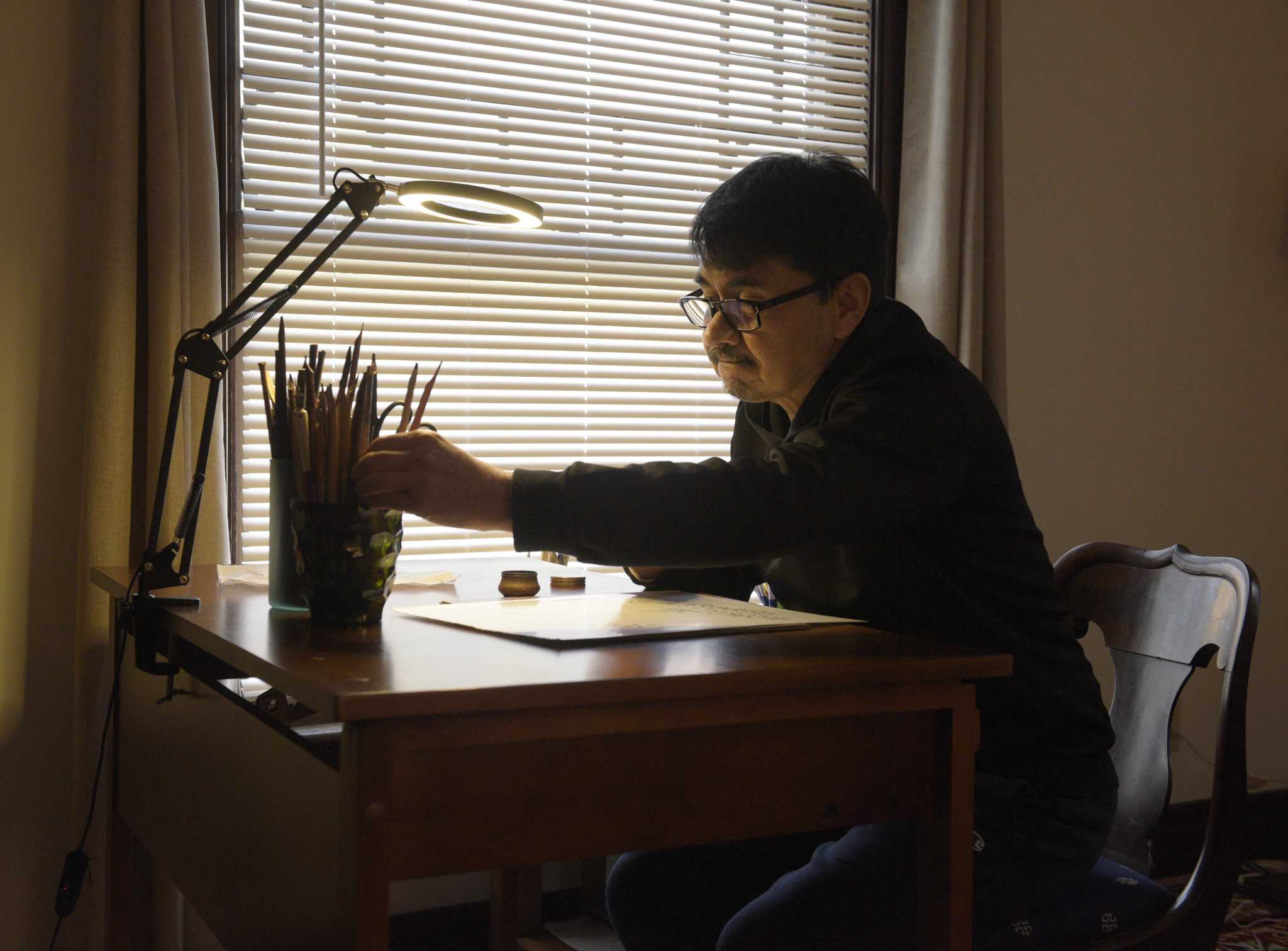 NEW MILFORD — From a bedroom in his New Milford home, Matin Malikzada said he spends hours every day working on his pottery – with the goal of building his business.

Malikzada is one of several refugees who moved to New Milford earlier this year after fleeing Afghanistan to the Taliban following the fall of Kabul. Over the months, the refugees in the US slowly build a new life. However, they continue to face challenges and depend on the support of the nonprofit community that has played a critical role in their success.

Malikzada and Alibaba Awrang, also an Afghan refugee, lived less than an hour apart in Kabul and worked together at a charity. As of spring, they live a few houses apart in homes found and set up by nonprofit organizations like the Washington Refugee Resettlement Project and the New Milford Refugee Resettlement.

Both men are artists – Awrang is a calligrapher and Malikzada works in ceramics – and both are married with four young children. A third Afghan refugee, Mohammad Mohammaddi, also based in New Milford, is supported by a local family during his studies.

“America is the land of opportunity and I can do anything here,” said 50-year-old Awrang.

On a recent Sunday afternoon, Hearst Connecticut Media visited the artists’ homes and, with the help of Mohammaddi as translator, learned about the goals and challenges they continue to face.

In October, both artists presented their work in an exhibition at The Judy Black Memorial Park and Gardens at the Washington Depot entitled From Kabul to Connecticut: Works By Afghan Master Artists. It was their first show together in the US and sold out.

However, they said they hope to further promote their business through further exhibitions and by reaching out to museums and private collectors.

Both men work from home and are looking for a studio. Awrang works in one of his bedrooms and Malikzada works in his basement.

Malikzada, 37, said when he first moved to New Milford, he worked as a carpenter at Timbercraft Custom Dovetail Drawers in New Milford for three months. However, like Awrang, he now devotes all of his time to getting his art career off the ground.

“They’re looking for retailers who can help them sell their work — people in the community who have retail stores or ties to chains,” said Carolyn Setlow, a Washington Refugee Resettlement Project volunteer who has worked with refugee families.

Also, Malikzada said he hopes to get his own kiln.

Both artists attend Village Center for the Arts, a non-profit arts organization in New Milford.

“Matin uses the village kiln to fire his pottery. Jayson Roberts, General Manager of the Village Center, has been an invaluable support to both artists in sourcing the materials needed to restart their artistic careers. He has also offered scholarship courses to Alibaba’s 14-year-old daughter Arezo, an artist in her own right,” Setlow said.

“With the continued help of the community, the hope and expectation is that they will be self-sustaining,” she said. “That is the goal.”

Mohammaddi, 21, who came to New Milford in January, lives with New Milford couple Eileen and Gerard Monaghan, who sponsor him.

Since arriving, he has obtained his driver’s license and is taking classes at Western Connecticut State University in Danbury. He is studying accounting and working on his bachelor’s degree.

He has taken a part-time job as a waiter at United Savings Bank in Bethel and delivers pizza at weekends at All Aboard Pizza in New Milford.

He said he made friends in college and enjoys going on “hikes” with them.

Learning English continues to be a challenge for artists and their families. To get help, she and her family members go to Literacy Volunteers on the Green in New Milford twice a week, who offer free English classes.

“When we first got here, it was really difficult to connect with people,” Awrang said through the translator, adding that he and his family are making “great progress.”

He added, “Compared to five months ago, I can reply to my friends’ emails in English.” However, he said grammar and spelling are still challenges for him.

He said better fluency in English would help with socializing like sending emails and with everyday tasks like grocery shopping.

While Mohammaddi said he was making good progress in English, he had some trouble understanding one of his college teachers.

“When the professor spoke I couldn’t understand what he was saying, it was too fast for me,” he said.

He used a tape recorder for the first and second weeks of class, but said he no longer needed it.

To pay in advance

Malikzada, Awrang and their families were in danger because of their ties to the western world when the Taliban took over Kabul. They worked for Turquoise Mountain, a charity founded by King Charles in 2006 that trained artisans and restored historical buildings in Kabul, according to its website. They were evacuated from Kabul at the end of August 2021.

Litchfield resident Martha Bernstein, a volunteer for the Washington Refugee Resettlement Project, said it’s important to be able to pass it on and help all immigrants succeed because almost everyone has immigrants.

“Except for people of Native American descent, we all have a connection to immigrants,” she said. “Every person in the United States has immigrant ancestors, and each of them benefited from people willing to help those before us. So this is the next generation and these people are really making an important contribution in their case to the cultural life of our community. And so it’s very gratifying to see them starting to be successful.”