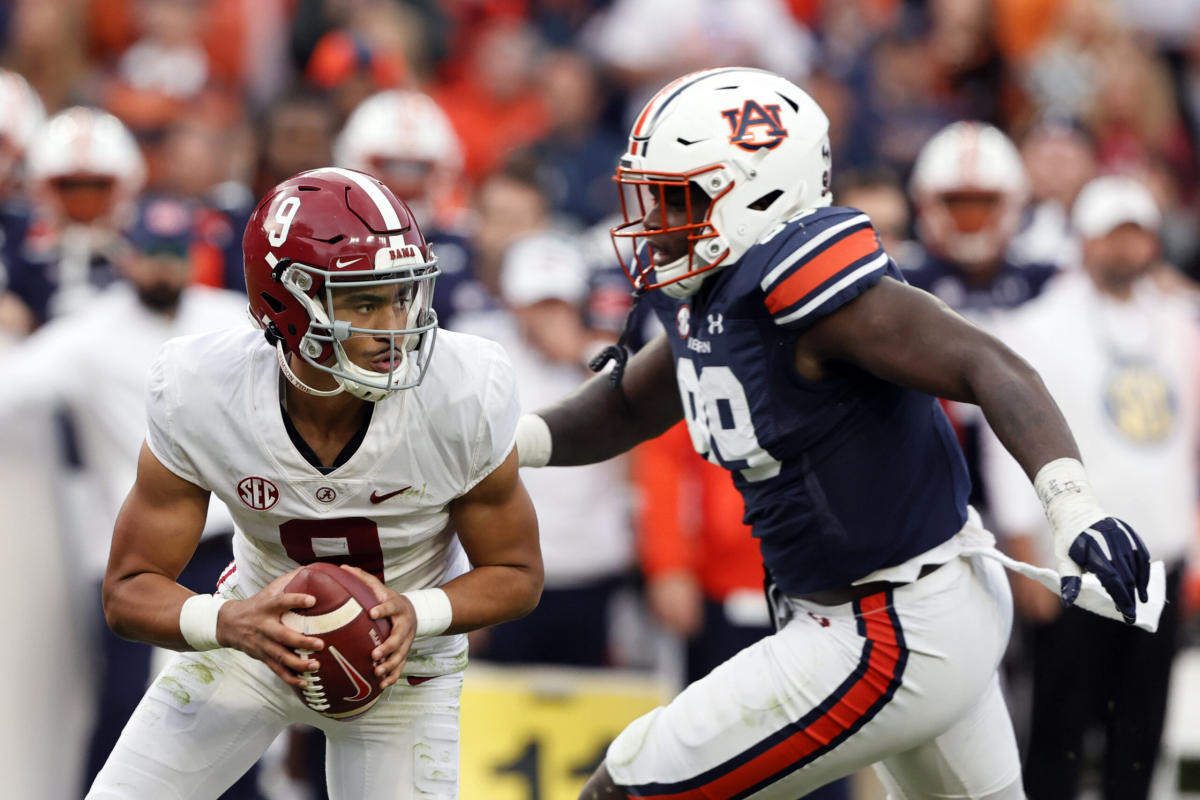 The 87th clash between the Alabama Crimson Tide and the Auburn Tigers takes place this weekend at Bryant-Denny Stadium in what is known as the Iron Bowl.

Nick Saban and the Crimson Tide seek their 10th win of the season while an exuberant Carnell “Cadillac” Williams tries to get the Tigers qualified for the Bowl in his interim job as head coach.

There’s no doubt that the storylines for this rivalry match in Tuscaloosa are endless, but today we’ll do our best to break down what we think are the top five.

Alabama currently has a two-game winning streak in the series and will be looking to match three this Saturday. The Tide haven’t won against the Tigers three times in a row since 2014-2016.

Auburn is fighting for bowl eligibility

Auburn currently has a 5-6 record in the Iron Bowl matchup. Qualifying for the Bowl in a win against arch-rivals would be the icing on the cake for interim head coach Carnell Williams.

Alabama is battling for a New Year’s Six game

In a somewhat disappointing season for the Crimson Tide, Alabama can still win 10 regular season games and play in a New Year’s Six Bowl. There’s still a lot at stake for the Tide, and we all know there’s nothing Auburn wants more than to spoil what has already been a daunting season for Alabama.

Survive the early storm of emotions

Emotions always run high in any rivalry match, but the Iron Bowl can top the list. Weathering that early emotional storm will be crucial for any team, but especially for Alabama, who have a lot more to lose than the Auburn Tigers.

If this isn’t the Iron Bowl coaching matchup, I don’t know what is. Coach Saban may be the greatest college football coach of all time, while Coach Williams is living his best life as an interim head coach on the Plains. Coach Saban is calm, cool and collected. Coach Williams is enthusiastic and energetic. It truly is a coaching matchup like no other.